A Naira saved is worth two Naira earned

“Anything that we can do to raise personal savings is very much in the interest of this country” – Alan Greenspan, former Chairman of the Federal Reserve in the United States.

Although Greenspan’s comment is true for all countries, it particularly applies to those in the early stages of development. A high saving rate, through investment, is a prerequisite for robust and sustained economic growth. Moreover, research strongly suggests that a bulk of this investment would have to be generated locally.

Nowhere has the power of domestic saving been more apparent than in East Asia. Backed by sound financial institutions and liberal markets, the four East Asian Tigers harnessed national savings to offer adequate funds to investors. From a low saving rate of about 5 per cent in 1960, East Asians increased their savings, channelled it towards local investments and eventually began to invest in other countries. During the next two decades, the Tigers saved 35 per cent of their income on average, more than double the saving rate in the United States, which contributed to quadrupling their economy.

In contrast, Nigeria has an abysmally low savings rate, even compared to countries with similar living standards. In the last decade, Nigeria’s savings have amounted to 17 per cent of it's GDP, less than half the rates in Botswana (38%), Zambia (37%) and Gabon (36%). Likewise, a 2016 report by Enhancing Financial Innovation & Access (EFInA) finds that only three out of ten Nigerian adults save in banks.

This trend can be attributed to a few things: the inability and unwillingness to save as well as the somewhat unattractive policy environment. With consumer prices rising and incomes stagnating, many people cannot afford to save. Worse still, the number of dependents one has to cater to weighs heavily on our saving capacity. The data shows that for every ten Nigerian workers, there are about nine dependents. Combine that with the generally low and uneven economic growth particularly since the oil price shock and the outcome is a cut into workers saving capacity.

What’s more, many people are disincentivised to save by a low return on saving and a lack of access to formal financial services. As Nigeria’s inflation has risen, the real return on saving has fallen—throughout 2017, inflation was above the central bank’s minimum interest rate of 14 per cent. In addition, many Nigerians are financially excluded. EFInA reported that two in five Nigerians do not have a bank account or any other form of formal financial service. This “save at home” group presumably resorts to putting their money under their mattress, buying livestock, or storing their money in other ways that cannot be accessed by potential borrowers.

In the policy environment, the existing income tax policy seems to support household saving. Compared to other African countries, income tax under the Pay-As-You-Earn (PAYE) structure is low, so workers should have enough disposable income after tax has been deducted. There is also the Contributory Pension Scheme that mandates that public workers and workers in most private companies save for retirement.

Aside from the economic factors, our savings behaviour is influenced by culture and psychology. Your Nigerian Economist believes that Nigeria is yet to build a strong formal savings culture. Excluding the low-income earners who are constrained by their level of income, societal norms do not push the more affluent to save. Nigerians seem to have a high marginal propensity to consume, one fueled by the bandwagon effect as Nigerians love to keep up with the Joneses. Now, the rise in consumer credit—buy now, pay later plans—has worsened saving patterns.

The effect of the historically low saving rate is seen in our investment environment. With regards to investors, Your Nigerian Economist strongly believes that the government has paid too much attention to foreign partners and their capital, so much so that they determine the tide of the economy. Foreign investment should not be the central focus of investment in the world’s most populous black nation. Nigerian workers with their level of education and exposure to technology can be a significant source of capital to grow the private sector, address poverty and achieve development priorities if we harness the savings potential of citizens and build a national savings culture.

An improved macroeconomic and financial system is the foundation for higher savings (and investment). Since no rational human being will save knowing that their savings will be eroded soon after, taming inflation and achieving sound economic fundamentals is critical. Additionally, with startups like Piggybank and FINT, saving and investing has become easier, faster, and more efficient.

Of course, there are still concerns over how well our institutions put savings to productive use, but savings will always be the prerequisite to investment. And we all know what happens from there; like Tekno said, “Invest in your country oh, make it a better place”. 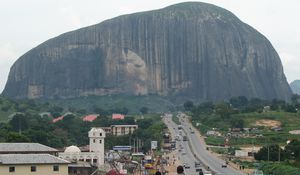 FW: Abuja - Kaduna expressway is one of Nigeria's most dangerous roads 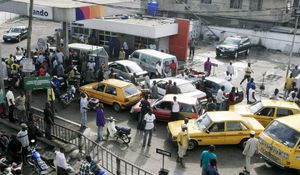 Explainer: Why is there always fuel scarcity in Nigeria?