The Great Depression, the World Wars, the 2008 global financial crisis, and 9/11. These were major global events that re-aligned aspects of how the world works. These events, brought with them changes that have defined the years – and decades – after.

The past five years before COVID-19 showed a political uprising in western societies. Populist ideas grew against global trade and cooperation; while opposition parties won elections against incumbents by promising less integration with the world, and a prioritisation of the homefront.

The arrival of Donald Trump and his “USA first” policy strengthened this movement, with America’s many trade spats with China and Europe - its largest trading partners - as examples. In the United Kingdom too, there was a vote to leave the EU in 2016.

This coronavirus outbreak and its effects bring with it the potential to accelerate this sentiment. The crisis has made several issues apparent. One of which is the overreliance of global supply chains on China (the initial epicentre of the outbreak), and the need for those supply chains to be diversified. This has led many to talk about a retreat of globalisation.

The European Union placed a ban on the export of medical supplies outside the bloc. Germany blocked the shipment of over 240,000 face masks meant for Switzerland - a country which participates in the Union's single market. Export restrictions have spread beyond Europe, from China to countries without a breakout of the pandemic. The bottom line is that we are living in an unprecedented time, and countries are taking precautions to protect their own population first.

No Country is an island

This argument for less integration has merit, but only up to a point. By imposing trade restrictions, countries can guarantee domestic supplies. This can work only if they have a localised value chain with adequate capacity. Even China, the world’s industrial powerhouse, received aid from Japan. South Korea also donated 3 million masks to China.

The lack of global cooperation makes the world less safe and puts countries with limited domestic resources at risk. The US realised this the hard way as the trade spat with China made it less prepared to tackle COVID-19. The UK, which voluntarily left the EU, is now shopping for more global partners and its preparedness for COVID-19 is affected by the leave decision.

Given these issues, the pandemic might actually bring us closer together after the storm is behind us. At least for some regions.

The world wars led to global cooperation for peace through the United Nations. Similarly, the global financial crisis brought changes to the way financial institutions are regulated at a worldwide level.

An initial decision not to cooperate during the Great Depression had huge costs, which is why economic policies are better coordinated today. Cuba is sending doctors to Italy while China - through Jack Ma of Alibaba - has sent medical aid to Africa.

The U.S. is counting on other countries to help meet the demand for medical supplies. Global partnerships in the form of multilateral agencies funded globally, such as the WHO, IMF, and the World Bank are also intervening more than ever to support low-income states.

As we try to recover from the pandemic, countries will need global support. This will come through the exchange of not only goods but also people, ideas and knowledge.

As previously mentioned, countries may look to continue trading with others but in a more diversified manner. In particular, Africa could reduce its reliance on China and trade more within itself.

Before the pandemic, Nigeria was already reluctant to trade with its African partners, particularly its neighbours. The country recently shut all land borders due to concerns about smuggling. We also took longer than most to sign the AFCFTA agreement, and the legislature is yet to ratify the deal.

But a critical part of integration will be the need for lower trade barriers within Africa and full commitment to implementing and abiding by the rules of play. This cooperation will boost trust, and in turn, enable countries to leverage strengths during a crisis such as COVID-19.

One could argue that Nigeria’s trade with its neighbours matters little in present circumstances given that demand is for non-primary products such as drugs, medical equipment and supplies. But who knows what good the next crisis would require?

Today's situation, however, presents another chance for Nigeria to regain its leadership role as the creation of the AFCFTA is still in its early stages.

Beyond trade, it is also another chance to court outside investment. Free trade within Africa and West Africa will enable Nigerian producers to sell to a wider market, thus increasing the opportunity for more investment. 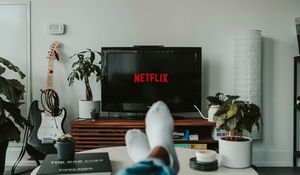 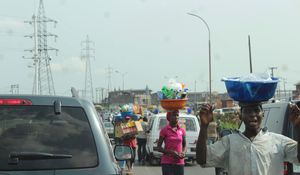