Tailors in Aba, the largest commercial hub of fashion production in Eastern Nigeria, have always had one major request.

They want a well-equipped hub for the mass production of fashion items; with proper machinery and constant power supply.

Sewing factories that produce garments in large quantities have specific features. They have a wide space with different departments: a room with a row of work tables for cutting fabric, another segment with computers to digitise the processes, and other areas with machines— like buttonholers, pocket-makers— all aiding fast and efficient production.

Tailors in such factories can adopt assembly-line methods with a series of workers in an organised sequence. This enables them to work better and produce in bulk.

While one person handles the equipment to cut large quantities of fabric, others manage the sewing machine, and a few do the ironing and packaging.

This is the type of specialisation and work procedures that are behind some of the world’s biggest industries, and indeed companies.

In Aba, Abia state, a large concentration of tailors work from small shops. Some make enough clothes to export to neighbouring countries like Cameroon and Togo. But fundamental factors stop them from growing.

It's the same complaints we hear about in almost all sectors in Nigeria: electricity supply, modern machinery, and working capital.

When these fundamentals are covered, production capacity and output can seriously expand.

For instance, Sarah Bulous Fashion House in Akure, an independent maker of clothes, grew from producing 50 pieces of clothing to 600 per week. How? By receiving funding of ₦15.8 million from the Bank of Industry (BoI).

The money helped to purchase a 15 KVA generator and electrical machines. The business could then scale the number of employees working on sewing uniforms, corporate and native wears.

Now, one can only imagine how many pieces of clothing the 21,000 individual tailors in Aba will generate with increased capacity in a better situation.

Although some Aba tailors use electronic machines, there often isn't power supply, so they opt to use their cluster of small-sized generators. Others then grapple with the use of manual Singer sewing machines and coal irons.

The tailors currently collaborate when given a contract to mass-produce. But it isn’t enough.

Now, they want to “aggregate production capacity in one space and organise operations in a way that’ll guarantee the quality of their output,” Lanre Shonoiki, a fashion expert, explains. 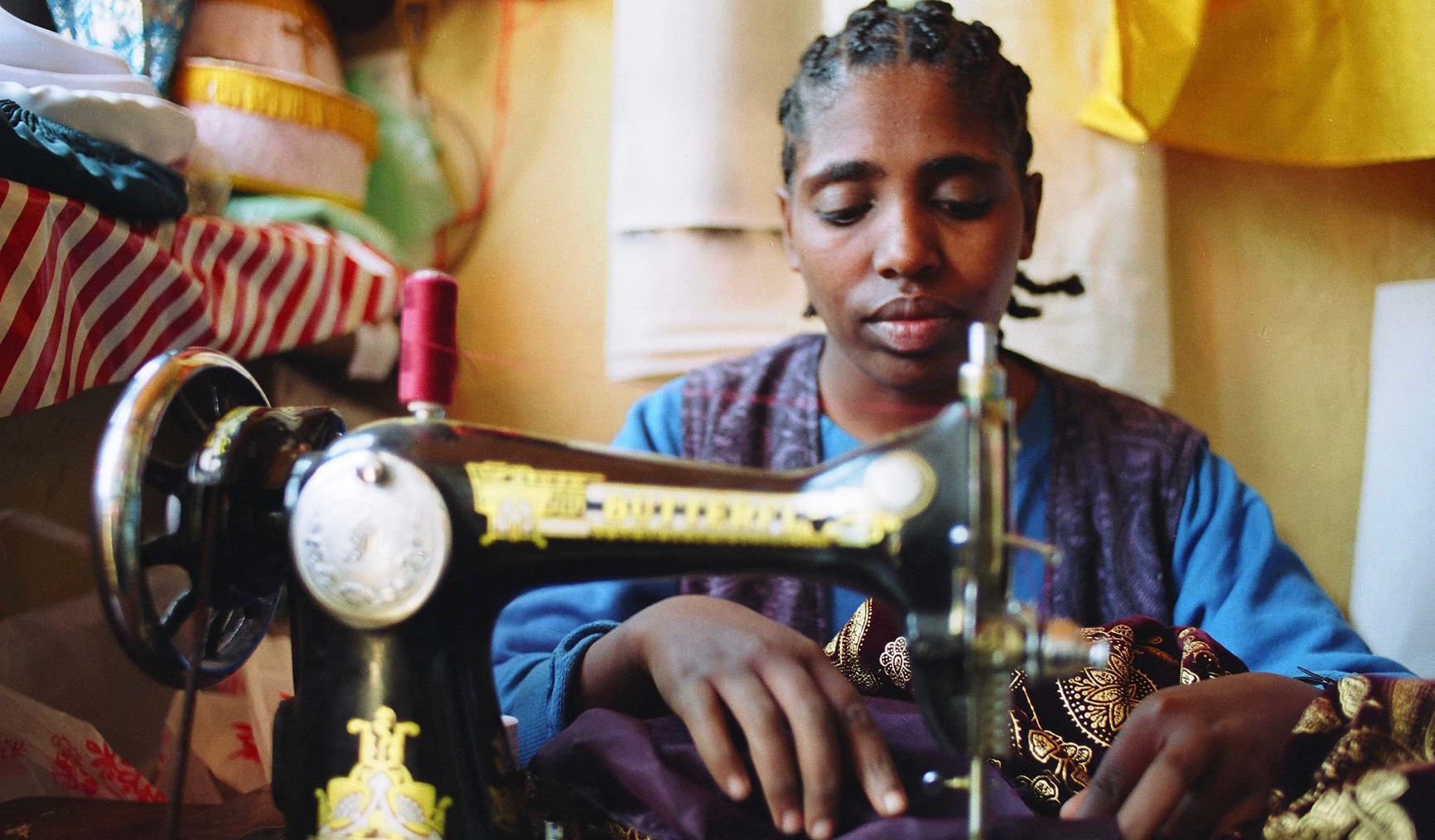 Electricity: an enabler of growth and scale

An example of the kind of infrastructure Aba tailors need is comparable to the Garki Ultra Modern Market in the Federal Capital Territory, Abuja.

It stretches over 12 hectares of land (a hectare is the size of about two football fields). And is a fully-fenced space with different facilities including over 2000 shops and warehouses, as well as car parks.

Its creation was through a public-private partnership between the Abuja Investment and Property Development Company (a subsidiary of the Federal Capital Development Authority - FCDA) and Urban Shelter Limited, which the First Bank of Nigeria helped to finance.

Even though the urban market serves other occupants asides tailors, it offers one of the best-organised tailoring spaces in Nigeria.

There, tailors benefit from a centralised electricity supply, which positions them for higher productivity. The market has six 500 kVA generators, used in the absence of national power. Tailors usually work from morning until 6 PM when they turn off the power supply. At this time, they close for the day and restrict customers from going in.

The tailors use electronic machines and irons. They can also quickly partner with colleagues in the same space for increased output.

Ultimately, the assurance of electricity strengthens the production rate. And the market’s increased productivity and quality attracts private contracts for multiple units of clothing production.

H&M, one of the top three fashion retailers in the world, famous for its fast-fashion clothing for all categories of people, doesn't own any factories or production plants but works with around 800 independent suppliers. These include Ethiopia (one of the countries on the top 10 apparel exporters in Africa), and Bangladesh (the second-largest ready-made-garment (RMG) exporter in the world).

As a leading country in the global marketplace for RMGs today, Bangladesh is often used as a case study on how an industry prospers when fundamental factors that can boost growth are covered.

Like Nigeria’s Aba, Bangladesh thrives in its fashion industry because of its labour force. The country of 165 million people employs over 4 million workers in the production of clothes. This huge employment of labour boosts production output.

But unlike us, Bangladesh combines labour with substantial machinery that boosts production output.

One of Bangladesh’s factories in Gazipur city illustrates a comparable situation to Aba city’s 21,000 tailors.

Gazipur is home to 13,000 workers at Jinnat Apparels & Fashion plant. Jinnat is built on a large area, the size of a football field, with over seven floors where its employees work. This industrial unit yields 400,000 pieces of clothing per day, running into about 10 to 12 million units monthly.

The fashion plant has met key standards for sustainable production, guaranteeing its ability to maintain a consistent rate of output. It’s one of the reasons that H&M utilises Bangladesh’s production capacity. There’s trust that they will always meet the contractual agreement on the expected number of clothing.

Bangladesh’s capacity to scale in the fashion industry is influenced by the way it has maximised its labour force through an efficient physical structure. One that consists of modern machinery and adequate power supply that guarantees the expected rate of production. 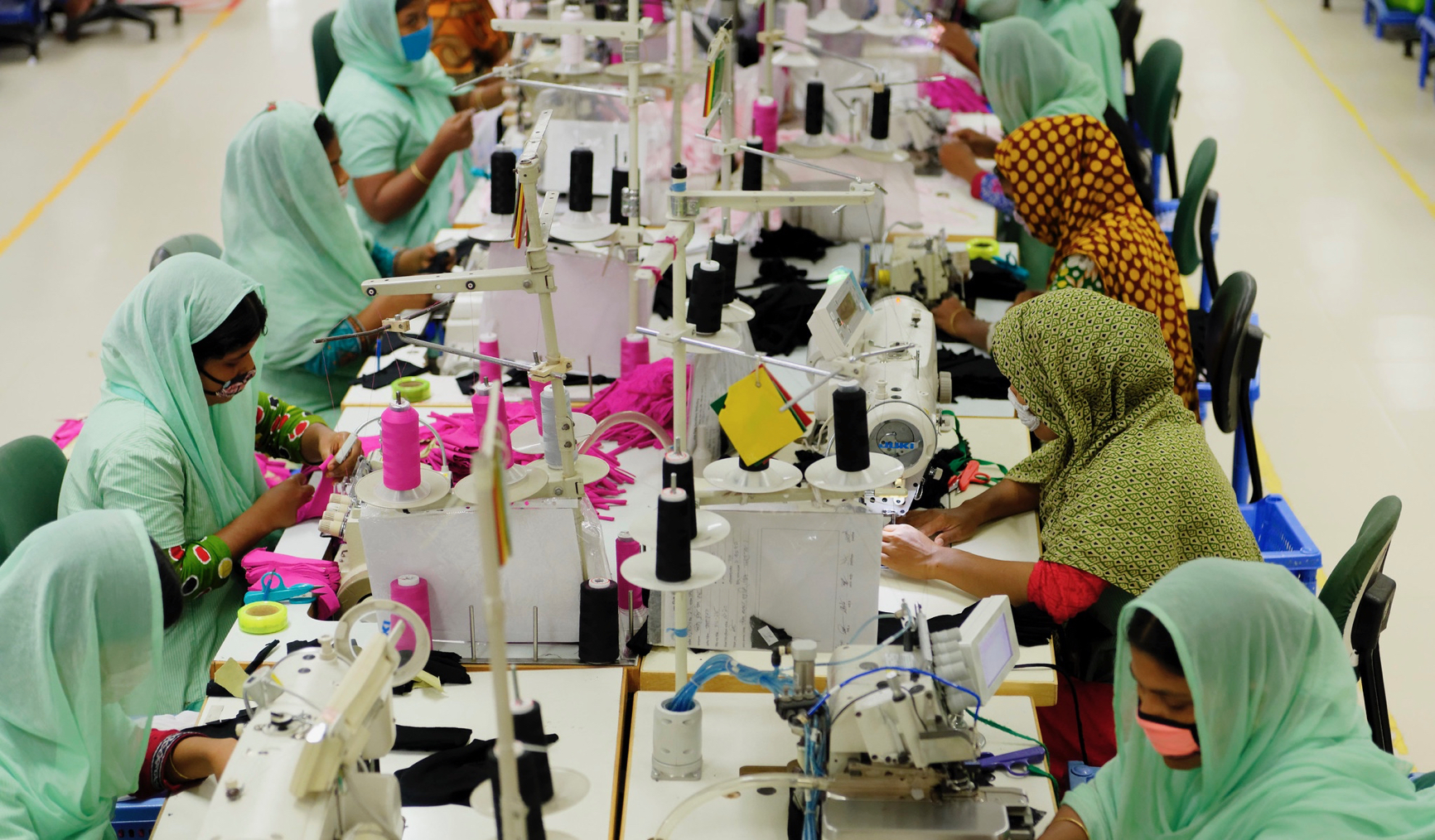 A factory in Bangladesh

Creating a pathway for the Aba tailoring cluster

For Nigeria, both machines and electricity must come hand in hand.

“Let's say you are even able to set up a factory, you still have to deal with power and other infrastructural problems in Nigeria,” Shonoiki explains. “The reason places like Bangladesh works, even though their countries are still developing economies, is that these are relatively easier problems to solve.”

The power situation in Bangladesh, which has a power capacity of 20,000 MegaWatts (MW) for its 165 million people, doesn’t compare to Nigeria, which generates 10,000 MW of power, but can only transmit 4,000 for a population of 200 million.

Well, the Abia state government has some long-term plans for the cluster of tailors in Aba. A global business hub "Enyimba Economic City (EEC)," planned as a free trade zone, will accommodate, amongst other things, the garment making industry in the state.

In its plan, the textile sector ranks third after food and oil & gas, on the list of sectors identified to have the most potential for growth. The assessment was carried out based on the existing industrial situation of Aba tailors. The hope is that the tailoring cluster will benefit from EEC’s investment in the future.

But in the short term, the government believes that the challenge of power supply will be solved when Geometric Power finally launches its power plant in Abia state, which will be located in Aba.

Back in 2016, Henry Ikoh, the former commissioner for Industry, Science and Technology had explained that the cluster of Aba tailors wouldn’t have to worry about “constant power supply” when that happens.

The expectation is that the location of the tailors' shops will have a direct connection to Geometric Power's electrical grid, planned to launch in the first quarter of this year.

However, like many things in Nigeria, the deadline wasn’t met; and last year, Geometric Power and the Abia state government signed an agreement with a Chinese textile manufacturing firm, Ruyi Group, to develop the Enyimba Economic City and provide uninterrupted light. So the long-term vision of the new city seems to be the focus.

There’s no telling if or when the project will be completed. For now, maybe Aba should look towards good old generator power, like the model currently working in Garki Ultra Modern Market. As discussed, that scheme led to an investment in 500 kVA generators to power the sewing stations and businesses situated there.

The first step up the ladder

But something dramatic needs to happen for Aba to compete with factories in Bangladesh. In fact, no African country currently comes close. The African Development Bank notes that “today, ten countries (all of them located in Southern and Eastern Africa) see some $2.5 billion in apparel exports from sub-Saharan Africa, representing only 0.55% of world apparel exports.”

However, improved power supply for the tailors in Aba might not turn them into a major player in this space yet, but it inches them closer.

Guaranteed electricity will also yield more confidence to pitch for working capital, and loans to purchase more of those machines, knowing that their production rate will increase at a rate where they can pay back at the agreed time.

We often complain that Africa is too low down the value chain. Be it with cocoa and chocolates or coffee beans and Starbucks. The textile industry is the same. But in all these sectors, you need to work with established brands and learn from them. For Nigerian tailors, better infrastructure is sure to lure them in.

Please take a moment to tell us what you think about Stears Business. This survey takes less than 4 minutes. 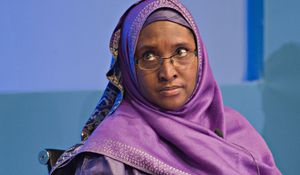 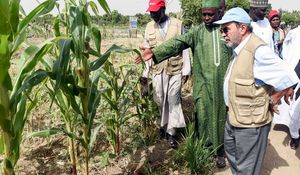