AfCFTA: A free trade agreement with no industries to benefit

After deliberating for close to a year, President Muhammadu Buhari finally signed the African Continental Free Trade Agreement (AfCFTA) at the July 7th opening of the Extraordinary Session of the Assembly of African Union Heads of State.

Nigerian manufacturing groups and unions fiercely opposed the trade pact, and President Buhari initially listened. Yet, while the President and Nigeria’s manufacturing bodies expressed concern about the extent of trade liberalisation the AfCFTA would bring, that is arguably not what should concern them the most.

The truth is that prevailing debates around trade liberalisation obscure the fact that African leaders have not seized the moment to establish a route to develop a manufacturing base on the continent. There is little benefit to creating a vast new free trade area if Africans do not manufacture any goods to sell into it.

Why do we want to open up to each other anyway? Doing business across Africa is hard. Due to the many differences in business rules and practices, African companies struggle to expand across the continent.

African manufacturers have found it difficult to build enterprises that can compete with international peers. In each country, it has been hard to justify the investment required to build the industrial capacity that would allow domestic firms to manufacture at unit costs low enough to be internationally competitive while recouping investors’ capital.

However, the fact that African businesses were not expanding across the continent or trading with each other is not mainly due to tariffs or regulatory barriers (issues the AfCFTA addresses). Rather, it is because African countries have not undergone the substantial industrialisation necessary to produce the tradable goods and services that African countries want.

The gains from trade

To understand why having industrialised sectors is important to reap the benefits of free trade agreements, let’s dig deeper into what the AfCFTA is supposed to achieve.

The goal is to remove economic, technological, and social barriers to allow free movements of goods & services, people, ideas, and capital across the continent. Hence, workers, money, and even entire industries move across the continent to where they will find the greatest use.

One way to see this is through the Protocol on Trade in Services, the rules governing how non-physical goods (including workers) can be traded in Africa. It looks to push for greater harmonisation in qualifications and eligibility requirements; the idea is that a Kenya-trained lawyer should have the same minimum competency as a Senegalese one, for example.

In countries like Nigeria and South Africa, the market for service workers like engineering consultants and corporate lawyers are pretty close to being oversupplied, evidenced by the relatively low pay for starting and mid-level workers in these sectors. In contrast, Burkina Faso, Central African Republic, and Mali could be countries where these types of workers are in excess demand. 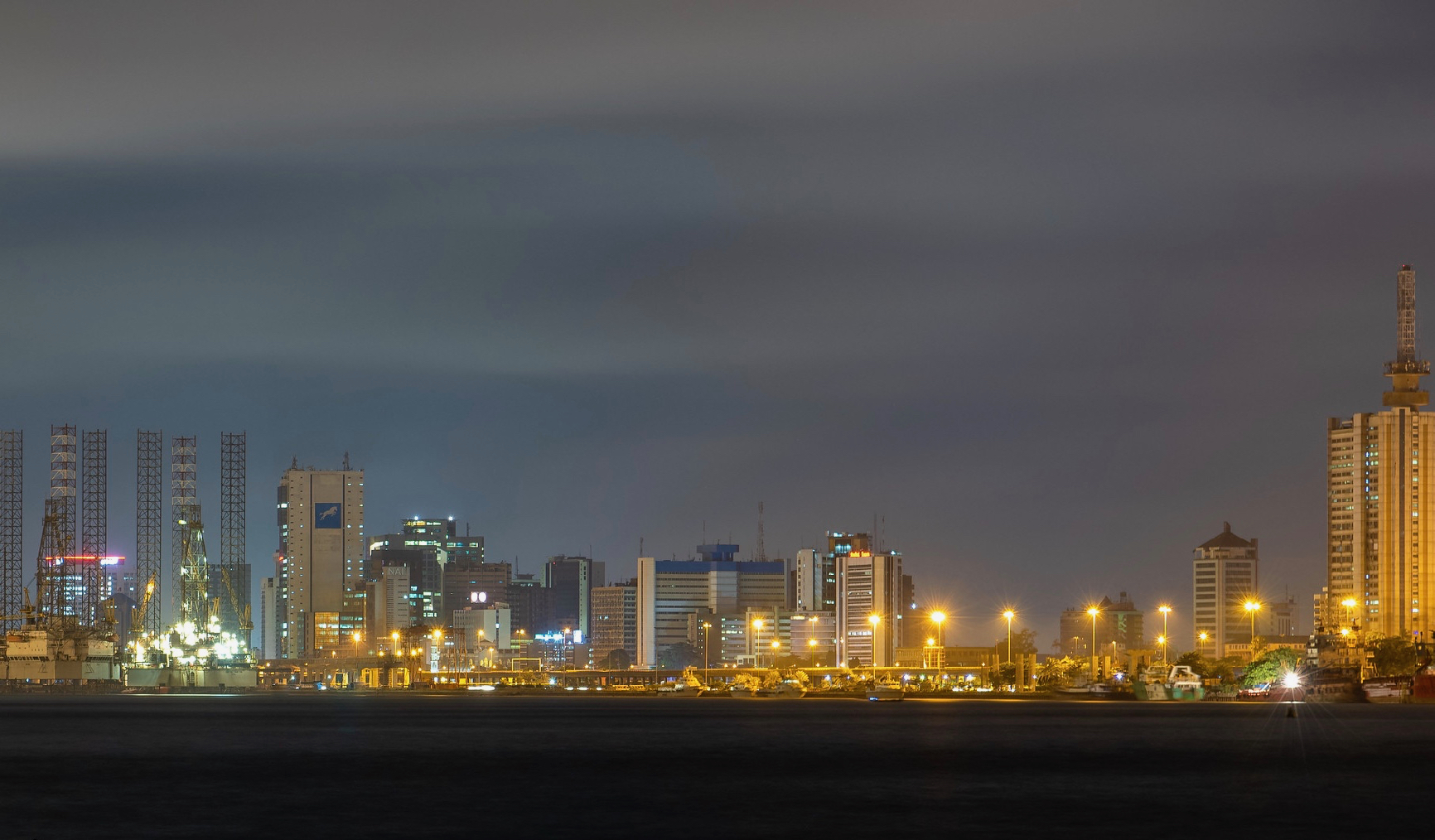 Trade agreements and the subsequent liberalisation create winners and losers. In the example above, Nigerian lawyers are the winners while lawyers from Burkina Faso may lose out to the new competition. But this is where the magic of trade lies; countries begin to shift from “losing” sectors to the winning ones, i.e. they focus or specialise on the sectors they are relatively good at. The result is a more productive and efficient economy, meaning all countries in the free trade area will be better off.

But this only works when sectors are in a position to win. The Nigerian professional services industry is arguably in a position to do so, but how many manufacturing industries can confidently open up and compete with other African countries? Even Nigeria’s star agriculture sector still operates at a subsistence level and would gain very little from being able to access a bigger African market.

Wealthier nations have always been aware of the importance of a strong industrial (manufacturing) base. The AfCFTA is loosely modelled after the 1994 update of the General Agreement on Tariffs and Trade (GATT), the precursor to the World Trade Organization (WTO), which governs international trade for almost all countries in the world. However, WTO (or GATT) rules were negotiated by—and intended for—mainly rich and industrialised nations that had already travelled the long road to efficient and competitive industrial production. By the time the WTO was formed in 1995, the likes of Germany and Japan were already established industrial nations. Moreover, many of these rich industrial nations had gotten there using protectionist measures like tariffs and import quotas, the same tools that the WTO sought to dismantle. In essence, many of these countries developed their industrial base before signing up to deeper forms of trade liberalisation.

And these protectionist tactics are still being used today; from Trump’s tariffs to the European Union’s heavily protected agriculture sector.

The AfCFTA would introduce another dynamic relevant to Africa’s pursuit of industrialisation. When countries sign free trade agreements, they include rules of origin requirements which ensure that only goods that were predominantly made within the free trade area (in this case, Africa) will be allowed to move around with the special treatments (such as 0% tariffs agreed in the agreement). The AfCFTA has these laws.

By having to prove goods are mostly “made in Africa” before they enjoy preferential treatment, it stops outsiders from coming in to take advantage of the agreement. This is important because more developed countries have been known to dump their products on Africa and undercutting domestic production.

The issue is that African countries have generally not been very good at policing their borders. National customs agencies across Africa—implicitly or explicitly—turn a blind eye to smuggling and other forms of non-compliance at the border. In fact, several African countries, including Benin, Togo, and The Gambia, have intentionally crafted import tariff policies to pursue re-export strategies, whereby in which they act as a conduit for imports from outside the continent to the large consumer markets of their populous neighbours. This is the reason tiny Benin “imports” so much rice and a key motivation for Nigeria closing its borders.

Another example is the influx of cheap Chinese textiles into the African market. And the AfCFTA could make things worse. Once foreign exporters identify an easy entry point, these exports could potentially flood the African market with low-cost goods and make it even harder for domestic competitors in any African country. African domestic industries may not be able to grow in such a scenario.

Another reason why leaky borders are bad for industrialisation is that rules of origin requirements are supposed to incentivise investors to manufacture goods within the free trade area. For example, if only cars that are mostly made in the continent can move around tariff-free while imports into Africa face a high tariff, then foreign car manufacturers might be incentivised to start car manufacturing in Africa. However, they will not make this decision if they have to compete against other foreign countries that produce outside the continent and export to Africa with no barriers due to porous borders.

So, the AfCFTA may intend to reduce tariffs and barriers for just domestic producers, but without a strict and efficient border enforcement policy, the perks will be enjoyed by those outside the continent. 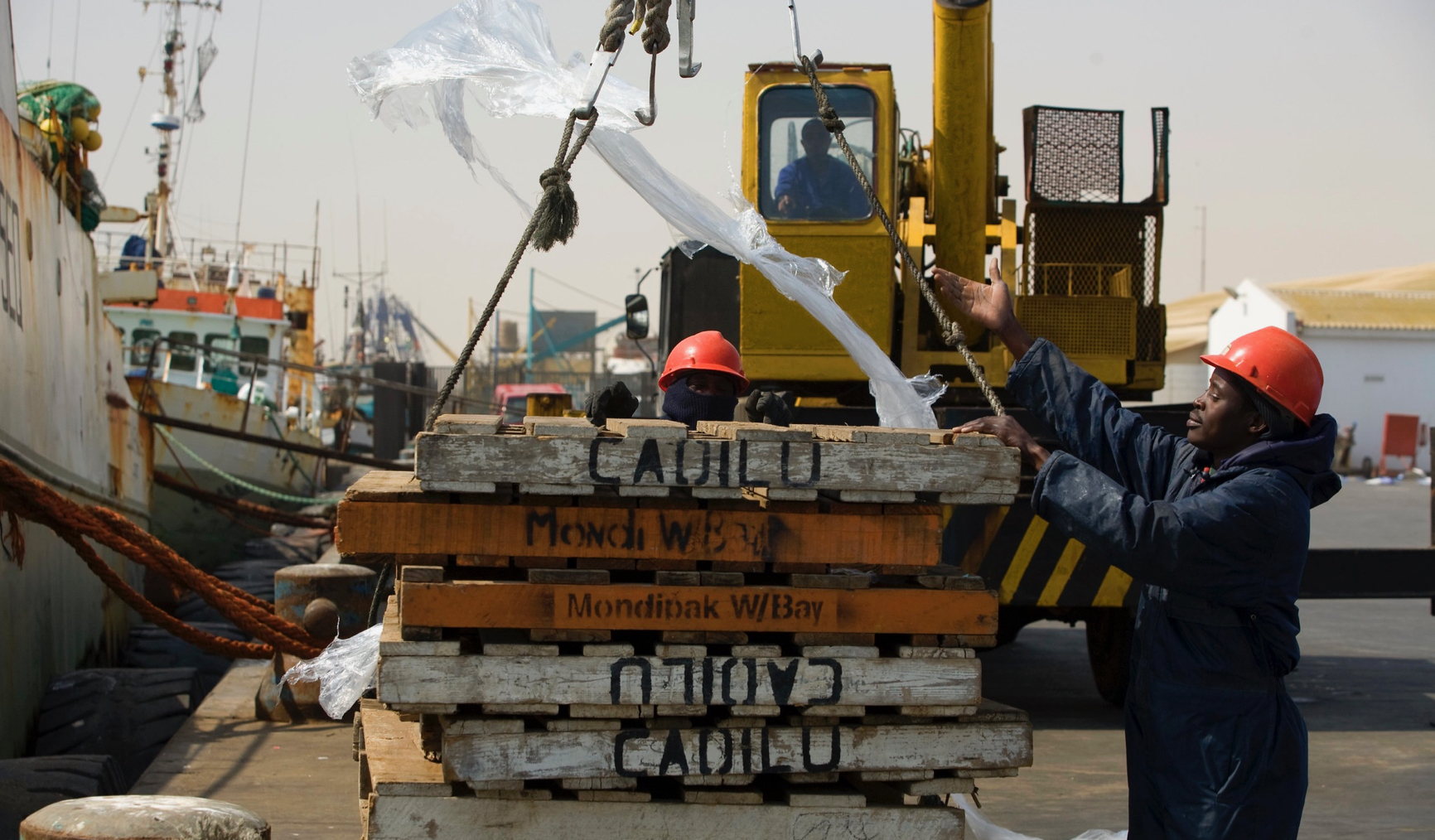 How can Africa promote industrial development?

Protecting the single market from external abuse (e.g. dumping) is just one component. To proactively promote industrial development, the AfCFTA should be paired with an industrial policy framework that answers the next obvious question: what will be sold in this vast new market and how can this be achieved? This industrial policy should outline a framework for creating the conditions needed to increase manufacturing capacity, highlight sectors to be prioritised, coordinate trade and tariff policy, plan critical enabling infrastructure, and identify sources of patient capital needed to fund industrial production at scale.

Many models for such a plan exist, such as the Marshall Plan devised for Western Europe following the Second World War or the package of policies followed by South Korea during the period from 1961 to 1996. These models provided for the establishment of a clear set of institutions responsible for realising those goals. More specifically, policymakers should be creative and ambitious in populating this industrial policy to maximize the potential of the AfCFTA. Some potential ideas to tackle these objectives include:

African producers will not trade across the continent if inadequate infrastructure makes it expensive or impossible to do so. Therefore, realising the full benefits of the AfCFTA requires investment in infrastructure to ensure the freest possible movement of goods within the zone. The momentum of creating a single market may provide a unique opportunity to galvanise targeted investments into critical, trade-facilitating infrastructure like high volume logistics corridors and strategic pan-African road, rail and port projects. African nations have to build the roads and railways that will transport locally manufactured goods across the continent.

More work should be done on the prioritisation of products to be manufactured within the continent (and where). Successful industrial policy often includes particular industries and products that the economy wants to specialise, a policy formerly known as picking winners. These may be chosen because they provide other benefits, like contributing to the development of downstream industries, as is the case with primary steel production, which enables the manufacture of automobiles, white goods and building materials.

Alternatively, industries may be chosen to emphasise the natural strengths of the local economy, such as nations struggling with unemployment prioritising labour-intensive industries. African policymakers can utilise industrial policy to harness Africa’s strength and target areas continental leaders would like to strengthen. Conferring a range of privileges to a special classification of goods “Made in Africa” would be an efficient way to promote investments into target sectors of production.

3. Establish an African Industrial Bank to fund infrastructure and industry

Credit is the lifeblood of industries and is even more important to manufacturers pursuing industrial scale. It often takes years of investment for manufacturing to reach the scale required to keep unit costs low and prices competitive. These losses must be funded by patient, low-cost capital if these companies are to survive and enjoy the competitive benefits their scale offers.

Industrial development banks exist because it is often not commercially attractive for private financial institutions to lend on terms that will allow industries to flourish. This has substantial precedent. From the Korean Development Bank to Germany’s Credit Institute for Reconstruction (KFW), successfully developed nations have almost universally included a state-owned development bank that provided cheap, patient, long-term credit to strategic borrowers who were pursuing industrial priorities.

You won’t improve what you don’t measure, so the African industrial policy should mandate a report measuring key indicators of industrialisation and manufacturing capacity, perhaps every five years. Africa has suffered historically from its inability to maintain well-intentioned initiatives. Moreover, the emphasis on the key performance indicators being measured can be used as a tool to incentivise the desired behaviour. A focus on progress made in manufacturing measurements would potentially help promote more concerted efforts to advance these goals.

Adding an explicit emphasis on promoting African production next to or within the AfCFTA will help ensure that Africans enjoy all the benefits of a common market. A market without locally produced goods to sell into it is like a gun without bullets from a development perspective. Failing to rectify this threatens to limit African participants to a role we already occupy: marketing and trading foreign manufactured items, thus robbing the continent of hundreds of thousands of potentially created jobs in the process. Put bluntly, if the single market does not succeed in increasing African industrial production capacity, what’s the point? 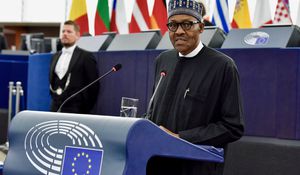 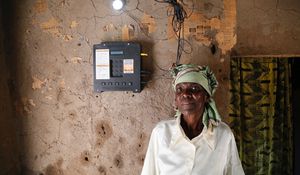 How mini-grids can light up Nigeria's rural areas