In 2013, Kingsley Moghalu, the then deputy governor of the Central Bank of Nigeria, spoke to a room full of people in Washington DC about Africa.

During his speech, he mentioned how the continent caught the attention of the world as a place where people can aspire - a region beaming with opportunities.

At the time of these comments, phrases like the last frontier; Africa rising had begun to gain traction, as ways people described the second most populous continent. It was touted as a great place to solve problems and make money while at it.

Like the Americas or Asia where innovations and entrepreneurial investments have created significant prosperity, it was time for Africa to achieve the same.

A 2015 study conducted by Approved Index, a UK-based business networking group, revealed that entrepreneurship is taking residence in Africa. This study used the percentage of the adult population who own (or co-own) a new business as a measure for entrepreneurship.

But Africans have always been known to have many businesses. Nigeria has around 40 million micro-sized companies, but they haven't brought about significant development in the country. So, when we think of entrepreneurship in Africa, the focus should be on those creating impact through viable solutions. Not "owning a business."

The focus on high-impact solutions is what the recent Africa rising tide presents. There are many stories on the continent of businesses finding innovative ways of dealing with African problems, and more is being done to accelerate the progress.

Chinese billionaire, Jack Ma launched a series of programmes focused on entrepreneurship in Africa. Ma created the eFounders fellowship in 2017 with the United Nations Conference on Trade and Development (UCTAD). He also launched the Netpreneur Prize, an annual $1 million prize to search for the most impressive African founders.

Companies like Microsoft are not new on the continent. The tech firm boasts of a three-decade presence in Africa. However, it only launched its Africa Development Centre (ADC) in Kenya and Nigeria last year. According to Phil Spencer, executive sponsor of the ADC and executive vice president at Microsoft, “the ADC will serve as a premier centre of engineering for Microsoft, where world-class African talent can create solutions for local and global impact.”

Investors have also flocked in. Funding for Africa’s tech startup industry has grown by 556% in the last five years.

Establishing and growing businesses unique to Africa and for Africans is the primary goal. Although mostly driven by the strength of being the second most populous continent on the earth, entrepreneurs are also conscious of solutions that take focus on our young population.

You see it in the focus on technology across all sectors.

A problem like insurance remains significant in Africa. In 2017, global insurance penetration average was 6.3%; in Africa, this was 2.8%. But, South African based firm Pineapple - a digital insurance platform moves to deepen this penetration, particularly among the youths. Its approach to insure Africans is quite simple as one only needs to take a picture of the desired item to protect, get a quote, and insurance occurs.

SuperApps are also gaining traction on the continent, particularly because of its growing internet penetration rate (500 million current users) and a working-age population expected to grow by almost half a billion by 2035. SuperApps work as an ecosystem where it monopolises a user’s time and online activities are more convenient. There are some popular ones in both Asia (e.g. WeChat, Go-Jek) and South America (e.g. Rappi).

Examples closer to home are apps such as Habari by GTBank and Paystack’s e-commerce platform, where people can order groceries, listen to music, and buy a concert ticket all in one place.

The fundamental problems are also being addressed.

Take electricity. The Ecowas Centre for Renewable Energy and Energy Efficiency (ECREE) estimates that 43% of West Africa's population don't have access to power. Many startups are now finding solutions. One example is PEG Africa. 50% of PEG Energy’s customers earn less than $3/day, and about 90% have no access to an electricity grid. This forces them to use kerosene, candles, and batteries to power up their homes. But PEG provides affordable, financed, solar energy to these communities and individuals, allowing them to charge their cell phones at home, free up their time for education and business, and improve their overall lives.

It’s not all rosy

The now-cliche reminder is that challenges still remain.

African entrepreneurs face some of the world’s harshest business conditions. This is evidenced by our poor performance in the ease of doing business surveys.

The World Bank says the top constraints in Kenya’s business environment are corruption, political instability, lack of electricity and lack of access to finance. These problems are common in many other African countries, along with a lack of skilled labour and adequate training, problems not so common on other continents.

The resources necessary to grow a business – such as finance, human and social capital and infrastructure are also less accessible in Africa.

The list could go on, but the main challenge for the continent is going from micro successes to wide-scale solutions. Fundamental issues like electricity have to be addressed faster and wider than one village at a time for the continent to truly rise.

For that to happen, it's going to take more than support from foundations. All stakeholders governments and investors need to provide entrepreneurs with enough gasoline to light up the region.

Subscribe to read more articles in our newsletters here, and check out our Covid-19 live monitoring page.
Share this story 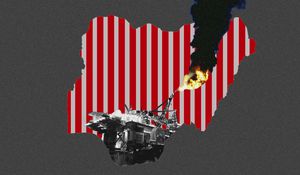 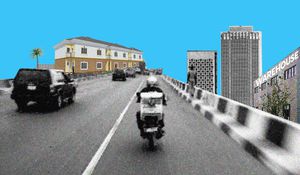