Last week, Richard Thaler won the Nobel Prize in Economics, joining a select group of Economic royalty including Simon Kuznets, grandfather of national income accounting, John Nash, inspiration for the Oscar-winning A Beautiful Mind, and Robert Shiller, one of the few prominent economics to predict the recent financial crisis. And Thaler's achievements? Well, he basically showed us that we are all morons.

Thaler is a prominent part of the Behavioural Economics movement that has highlighted our natural irrationality. One way we demonstrate this irrationality is overconfidence, as seen in investor and trading behaviour.

Investment advisors will tell you new investors exhibit two particular attributes, excitement and fear. Usually, the excitement new investors feel trumps the fear they display. Those of us who saw Wolf of Wall Street could feel the adrenaline rushing through Jordan Belfort during the high moments of the film. Trading is exciting, and Wall Street is glamorous, plus, we can all become billionaires, right?

One of the most famous studies on overconfidence in the investment world, by Barb Barber and Terrence Odean, two University of California professors, is based on the premise that overconfidence is reflected in excessive trading. The idea behind their claim is not immediately apparent until you consider that research after research has shown that professional fund managers who trade excessively to beat the market do not beat the market on a consistent basis. If that is true for professional investors, why do non-professionals still believe they can consistently beat the market?

After analysing sixty thousand brokerage accounts, Barber and Odean discovered that overconfident traders, that is investors who trade a lot, performed worse on a risk-adjusted basis. Now one might say, "Well, trading a lot is relative," but it isn't. The line that separates excessive trading from regular trading may well be called rationality. A distinction must be made between rational and irrational trading. Rational trading is trading to rebalance your portfolio, to take advantage of beneficial tax laws, or trading as a result of changes in personal circumstance. Irrational trading is excessive trading motivated by the need to act on information the trader believes other investors are yet to crack, with the singular goal to beat the market.

Another Nobel Prize-winning economist, Eugene Fama, famous for his work on the Efficient Market Hypothesis (EMH) neatly showcases why overconfident traders can be considered irrational. According to the EMH, stock prices reflect all publicly available information on a stock, so that trading against publicly available information suggests either possesson of insider information, or irrationality. If we both have the same amount of information about the company, there are very few reasons (like those listed above) for why I would be willing to trade a particular stock with you.

Interestingly, overconfidence is unevenly spread across genders. In a survey of Merrill Lynch clients, the company's behavioural finance team found that 55% of women agreed or strongly agreed with the statement "I know less than the average investor about financial markets and investing in general". In contrast, only 27% of the men surveyed agreed or strongly agreed with the statement. These results, along with many others, suggest that overconfidence is most pronounced among male traders.

Barber and Odean sought out to test this hypothesis. One of their studies showed that men trade 45% more than women. The difference is more pronounced with single men who trade one and a half times more than single women. As a result of excessive trading, men make lower returns than women. Although data specific to Nigeria does not exist, one can extrapolate that these effects are just as present – if not more present – in the Nigerian stock market.

Overconfidence plays out in more than just frequency of trading. It turns out that men tend to pick more volatile stocks. Researchers Dr. Vickie Bajtelsmit and Dr. Jack VanDerhei analysed participant behaviour in a defined contribution pension plan and discovered that women are more likely to hold fixed income securities. Some researchers attribute women's tendency to invest more conservatively to lower confidence about investing. Notably, although women seem to have a better handle on day to day finances, investment decisions tend to be left in the hands of the man in heterosexual relationships. Both genders happen to believe that the man is better equipped to take care of retirement finances as it involves making investment decisions. In the world of investment, men are overconfident where female investors are overly cautious.

But men may also gravitate towards more volatile stocks because they are more optimistic about the future. Looking at the Consumer Confidence Index of 18 countries, men were found to be significantly more optimistic than women in all but one. Optimism translates into overconfidence about future market directions, but conservatism can often be a winning strategy. In a study where men took the opposite side of trades made by women, pessimism won the day, with female investors gaining a 43% portfolio return swing on their male counterparts.

Without drawing direct parallels between the women in these studies and Nigerian women, it is safe to say women have a level-headedness that balances out the erratic behaviour of men in the stock market. In a country such as Nigeria where males dominate the stock market, the time has come for women to be encouraged to step into the world of stock trading and investing. 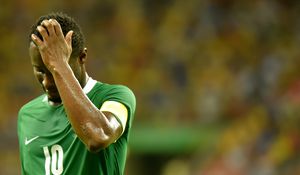 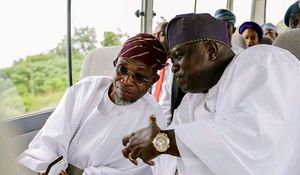