The Monetary Policy Committee (MPC) of the Central Bank of Nigeria had its last meeting of the year on the 23rd and 24th of November and decided to cut the Monetary Policy Rate (MPR), the benchmark interest rate, from 13% to 11%. The Cash Reserve Requirement (CRR) for both public and private bank deposits was also slashed from 25% to 20%.

This decision by the CBN further emphasises its expansionary monetary policy strategy as the MPC cut the CRR from 31% to 25% at the last MPC meeting in September as it sought to induce liquidity into the financial sector. The decision to slash the CRR to 25% increased liquidity in the banking sector by more than ₦700 billion.

The MPC identified maintaining financial system stability while taking adequate measures to support the operating environment for financial institutions and carefully coordinating monetary and fiscal policy as some of the crucial features that would help drive sustainable economic recovery and growth. The Committee also considered global macroeconomic headwinds such as the potential hike in benchmark interest rates by the U.S. Federal Reserve in December, persistently low oil prices and gloomy outlook on global economic growth.

On the local scene, flailing economic fundamentals, particularly low output growth and rising unemployment, were some of the reasons cited for the cuts. The moderate decrease in inflation in October ended nine consecutive months of an uptick in the headline Consumer Price Index (CPI). The fixed income market is currently experiencing a rally as the effects of the expulsion from the J.P. Morgan bond index have dissipated and the market gave a relatively muted response to the announcement that Barclays will remove Nigeria from its Emerging Market Local Bond Index in February 2016. The bearish sentiment in the equities market was also considered.

The committee considered the impact of its current expansionary policies aimed at increasing liquidity in the banking sector in a move to spur credit from Deposit Money Banks to the real sector. It concluded that the desired impact had not been achieved and this led the committee to make the following decisions:

What is the CBN Trying to Achieve?

The MPR reduction and the asymmetric corridor brings the Standing Lending Facility (SLF) and Standing Deposit Facility (SDF) rates to 13% and 4% respectively, down from 15% and 11% respectively. With the SFD currently earning interest of only 4%, banks will be disincentivised to hold substantial deposits at the central bank and will instead search for higher interest earning propositions. The 5% cut to the CRR should also add about ₦771.4 billion in liquidity to the banking sector which the CBN expects to the channeled to the real sector in the form of loans at lower interest rates. This is meant to boost economic activity in the real sector and spur economic growth. With limited fixed income assets available, Deposit Money Banks (DMBs) will need to increase their lending to the real sector as M2 money supply will increase by about 40%. Banks will look to identify opportunities to create short-term risky credit products which will be made available to vital sectors of the economy such as agriculture, manufacturing, construction and solid minerals.

The expansionary policies of the CBN have resulted in a fall in the yields on treasury bills and Federal Government of Nigeria (FGN) bonds. Lower cost of borrowing for the Federal Government will set the tone for debt servicing and more borrowing in 2016 to supplement spending. President Buhari has already submitted a supplementary budget to the National Assembly and has asked them to increase the debt ceiling from ₦882.1 billion to ₦2.103 trillion. Given the fall in crude oil prices, the Federal Government will also have to borrow from the capital markets to fund the proposed 2016 budget of ₦7-₦8 trillion Naira.

The increase in liquidity will also inflict pressure on inflation – which at 9.3% is already above the CBN’s target band of 6%-9%, and the exchange rate. The lower rates and influx of liquidity combined with the CBN’s resolve to prevent depletion in the foreign reserves and maintain stability in the interbank foreign exchange market should result in some naira depreciation in the parallel market.

The CBN has been setting policies aimed at maintaining the value of the naira and the recent MPR and CRR cuts are aimed at increasing credit in order to drive economic activity in the medium term. The objectives of the central bank should be applauded as the bank is clearly determined to induce sustainable economic growth driven by domestic production. However, the possibility of a rate hike by the Federal Reserve in December means that the first quarter of 2016 should see a reaction from the CBN.

With the inauguration of the cabinet, there should be greater synergy between monetary and fiscal policy as the government charts the course towards economic recovery and growth. 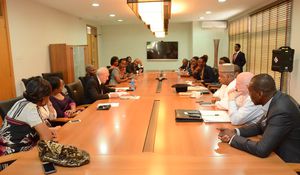 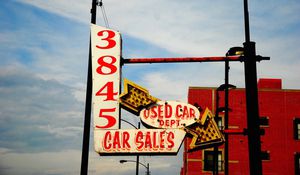 Signalling: How Much Does it Cost to Inspire?