Christmas in Lagos: the opportunities for entrepreneurs

Christmas in Lagos is popularly regarded as the highlight of Nigeria's holiday season.

Every year in the run-up to December, there is at least one trending Skyscanner screenshot advertising the price of a London to Lagos December economy ticket for as high as ₦900,000. The same route costs between ₦200,000 - ₦300,000 during "off-peak" times. Here, airlines are simply taking advantage of the demand.

According to the Lagos State Commissioner for Tourism, Mr. Steve Ayorinde, around three million people arrived in the state in December 2018. An incredible claim, given that the total number of international arrivals in the whole country is around two million for the entire year. We can only assume that Mr. Ayorinde's stat includes domestic travelers.

Consumers are certainly willing to spend the money to get to Lagos, and it seems that they’re willing to spend when they arrive as well. The Commissioner of Travel and Tourism reported that in Decembers of both 2017 and 2018, over ₦50 billion in cash transactions respectively was recorded. Although Lagos State government has not yet provided statistics for other months to compare, the Commissioner described this December boost as both ‘major’ and ‘unprecedented.’ According to Mastercard, International travelers, on average, spend ₦21,000 per day in Lagos.

One thing is clear. There are great business opportunities to take advantage of.

What’s the deal with Christmas in Lagos?

December in Lagos is jam-packed with events. On any given day there are multiple activities – whether it’s an ‘owambe’ wedding party, a beach outing or a concert. The holiday season brings a seemingly limitless supply of entertainment for visitors and residents.

It’s difficult for anyone to not notice the December wave - three million more people into the already overcrowded city means that getting anywhere becomes an even more impossible task. The city is often in gridlock and traffic is no longer limited to peak times. Restaurants, bars, and beauty salons are also constantly busy – making it a headache for most residents (at least until "Lagosians" travel to their villages in late December).

For businesses, however, the result of this increase in population means there is more demand for goods and services, which - like airline tickets - naturally leads to increased prices.

Using the cost of a 50kg bag of rice to demonstrate this – throughout the year, this bag would ordinarily cost between ₦14,000 - ₦15,000. However, December arrives and restaurants increase their orders, families cook for more relatives and caterers deal with far more Christmas parties and wedding orders. The result is vendors increasing their prices to ₦20,000.

The same trends exist across the market, and just like that market sellers can capture significant increases in revenue.

What are the opportunities for businesses?

The boost in revenue doesn't stop with food.

The entertainment, leisure and hospitality sectors are estimated to generate the most revenue in December. Yet, there is still untapped potential, specifically within these recreational sectors.

One potential area to explore is the development of coastal tourism. Lagos sits on the coast of the Atlantic Ocean and there are vast stretches of beach. However, a small domestic survey found that 32% of beachgoers spend less than ₦500 per visit. The small amount is no surprise, given that the most popular activity reported by respondents was walking - highlighting an opportunity for businesses to invest in revenue-generating coastal activities. In many tourist-heavy coastal locations revenue is generated by a range of goods and services, including beach chairs, food, and water sports.

Another growth potential is hotels and accommodation. Lagos is one of the fastest-growing regions globally for Airbnb, with a doubling supply of listings between May 2018 and May 2019. The value of revenue from short-term accommodation rental also grew by 23% in this period. Those with property to spare can take advantage of the demand in the holiday season. Homeowners that aren’t into the hustle and bustle of the Christmas period can list their homes online, visit relatives outside Lagos and make money while on vacation. This also offers a lower-cost alternative to hotels for travelers visiting for the whole month – everybody wins.

How can we maintain this effect?

One big question is whether December should be the only winner from tourism.

Seasonal tourism may not necessarily be a bad thing, for countries such as Croatia, over 50% of tourists enter the country during the peak July-August months. However, if we can learn lessons from December and apply them throughout other months in the year, then that’s even better.

We’re starting to catch onto this and exploit other periods of the year. For instance, the Easter period is becoming a popular time to visit Lagos with week-long events like the Homecoming festival attracting international attention and participation over the last two years. This is a great start of hopefully much more to come. We may be disadvantaged with our weather as the traditional summer months are rainy seasons in Nigeria but there is still room for growth.

However, there’s competition coming from our neighbours, such as Ghana. There has been a recent rise in popularity in Ghana as a destination over the holiday season, with more advanced infrastructure and better security than Nigeria. In recent years, they have caught onto the Christmas spirit and have developed their own offerings such as Afrochella, last year's hosting of African American celebrities, and Afronation happening in December 2019. The Afronation festival alone is set to bring thousands of young people into Accra. Since most of the spending in December happens during the week between Christmas and New Year, it will be interesting to see how much this impacts the entertainment scene in Lagos this year. 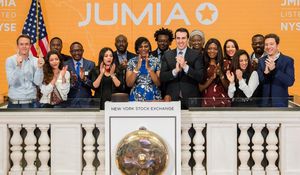 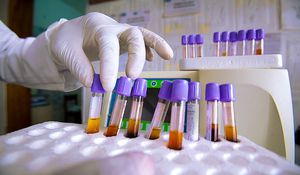 The challenge of funding healthcare in Nigeria