The world has polluted its way to economic growth.

The previous and continued use of fossil fuels to power the world’s economies is leading to an increase in average global temperatures. The result of this global warming is more frequent extreme weather events like floods, disruption of agricultural systems due to less predictable weather patterns, and higher sea levels which threaten coastal cities such as Lagos and Accra.

We Didn’t Start the Fire

While all countries will suffer the effects of global warming, the blame is unequally shared. Developed countries are responsible for 79% of historical CO2 emissions; the United States, which is home to 4% of the global population, accounts for 22% of all emissions. By contrast, Sub-Saharan Africa is responsible for only around 1% of historical CO2 emissions despite having 14% of the world's population.

Africa is particularly vulnerable for a few reasons. Firstly, as one of the world’s poorest regions, it is less capable of building the infrastructure required to adapt to the effects of global warming. One need only look at the damage caused by the seasonal rains in Lagos for evidence of how ill-equipped parts of Africa are to deal with extreme weather.

Secondly, African agriculture is highly dependent on rainfall as only 3.7% of land in Sub-Saharan Africa is irrigated, compared to 10% in South America, 29% in East and South-East Asia, and 42% in South Asia. As weather patterns become more erratic, Africa's highly weather-dependent agricultural systems will struggle to produce enough food for its rapidly growing population. Additionally, since most African farmers are smallholder farmers, they have fewer resources to adapt to adverse weather.

What the Developed World Owes Africa

Given their role in causing global warming and their proportional contribution to emissions, developed countries should help minimise the impact on the most vulnerable. This obligation can be assessed in three ways.

Firstly, developed countries must set more aggressive targets on carbon reduction and take concrete steps to achieve them. Under the Paris Climate Agreement, which aims to keep the global temperature increase this century below 2°C, the 197 countries party to the agreement are expected to come up with their own nationally determined contributions (NDCs) which outline how they will contribute to meeting this target. However, a United Nations report found that the current NDCs are consistent with a 2.9°C to 3.4°C temperature increase by 2100. Making matters worse, most developed countries are not even on track to achieve these inadequate targets, while the United States, the largest historical emitter, has recently begun the process of pulling out of the agreement.

Secondly, as total CO2 emissions (and not just those from developed countries) must fall to meet the 2°C target, developed countries should help developing ones reduce their CO2 emissions as well. Given their budgetary constraints, many African nations will need assistance to make the changes required to limit their CO2 emissions. One way would be to provide direct monetary aid to enable developing countries to invest in the research & development required to drive down the cost of renewable energy technologies.

Finally, developed countries should help citizens of developing countries adapt to the effects of climate change, as even if the world manages to limit temperature increases to below 2°C, there will still be negative effects that will require adaptation.

The developed world cannot claim to be serious about fighting global warming if it continues to ignore its obligations to the developing world.

What Africa Owes Itself

While Sub-Saharan Africa’s current and historical contribution to global warming is negligible, its population (and hopefully, its economy) is expected to grow rapidly in the coming decades, and consequently, its energy usage will increase. If most of this energy comes from fossil fuels, Africa could become a major source of future emissions. So, although it did not cause the problem, Africa must be part of the solution.

African countries must develop plans to get their economies to net-zero emissions in accordance with their obligations under the Paris Agreement. Some would argue that this could be restrictive on Africa's growth given the "easier" dirty means by which other developed countries grew. However, growing in a cleaner way does not mean that Africa has to choose between economic growth and the environment. Remarkable recent declines in clean energy costs mean that in some cases, clean energy is cheaper than fossil fuels, a trend that is expected to continue in the coming years. Furthermore, studies have shown that the previous route of fossil fuel-intensive growth may have even hampered growth in countries like the United Kingdom.

In any case, as things stand today, choosing clean energy over fossil fuels will result in higher energy costs for African countries, this is where the countries that used up most of the world's carbon budget should be made to foot the bill.

The truth is that even if Africa reduced its emissions to zero, it would mean little unless the world's major polluters like the United States and China also reduce their emissions. Therefore, it is perhaps even more important that African governments emulate the world’s island nations and present a united front on the global stage to demand that developed countries honour their promises to cut their emissions and support developing countries in cutting theirs.

That Africa is expected to face some of the worst effects of a problem it did not cause is unfair. But rather than assert its "right" to follow the same dirty path to development that other countries took, Africa must chart a cleaner path and force the rest of the world to take it as well. 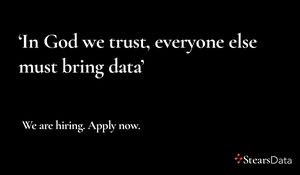 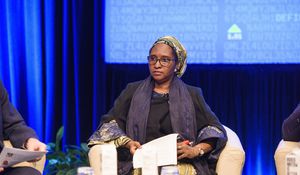 Nigeria Has a Revenue Problem