Does the Nigerian Constitution allow secession?

Under the Nigerian Constitution, no part of Nigeria has the power to form its own independent government or secede from the country. In fact, the word 'secede' does not appear in the Constitution.

The nearest answer to this is found in Article 2 of the constitution, which states that Nigeria is one indivisible and indissoluble sovereign state to be known by the name of the 'Federal Republic of Nigeria'. This means the only way to legally grant such an option is through an amendment to the law.

While there have been calls for a referendum, the constitution of Nigeria only addresses two scenarios where a referendum is recognised – state boundary adjustment and the recall of a member of the National Assembly.

The only territory to 'leave' Nigeria, remains the Bakassi peninsula. This was a result of a territorial disagreement between Nigeria and Cameroon and was decided by the International Court of Justice in 2006. However, the origin of the dispute came from pre-independence deliberations. Thus, it did not fall under the constitution that does not permit secession.

The only real attempt to secede was the Nigerian Civil War from 1967-1970. This was a result of a declaration of an independent state by the late Odumegwu Ojukwu. Recently, the Biafra agitation has been brought back to the fore. Some Northern Youths’ in Kaduna demanded that Igbos leave Northern territory by October 1, 2017, and Nnamdi Kanu, leader of the Indigenous People of Biafra (IPOB) stated that an elections will not take place in the East without the promise of a referendum on Biafra.

Find out more about Biafran Agitation:

Stears Business: No Victor, No Vanquished 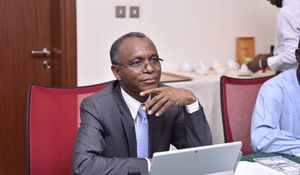 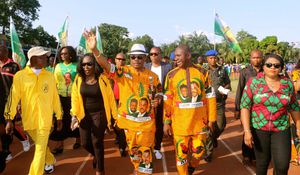