Does The Petroleum Equalisation Fund Work?

In May 2016, after quietly phasing out the bulk of its subsidy program, the Federal Government raised the regulated price of premium motor spirit (PMS), commonly known as petrol, from ₦86.50 to ₦145. Contrary to popular belief, petrol prices were not deregulated.

Demonstrating that point, the threat of fuel scarcity loomed large in January this year when the Independent Petroleum Marketers Association of Nigeria (IPMAN) issued an ultimatum over ₦150 billion in bridging payments owed to them by the government. Then in April, the Petroleum Products Pricing Regulatory Agency (PPPRA) had to quell rumours that the petrol prices would rise in tandem with increased bridging costs paid to marketers.

At first glance, the reference to bridging costs is slightly confusing. If fuel subsidies were phased out, why is the government still making payments? And what do bridges have to do with this?

The answers lie in the Petroleum Equalisation Fund (PEF) and its mission of uniform pricing. A closer look at the fund's activities will reveal that it may be the last fuel subsidy standing and raises an urgent question: is it a subsidy worth keeping?

First established in 1975, the PEF strives to equalise petrol and kerosene prices in Nigeria by paying petroleum product marketers for every litre of fuel they sell within 100km to 450km of a depot. The fund is effectively a cross-subsidy as marketers who sell within 100km of a depot pay in contributions. By compensating marketers for the cost of transporting their products to consumers, the federal government aims to keep the pump price in all states the same, regardless of how far a location is from a depot.

Despite this inefficiency, the PEF logic seems reasonable: as petrol and kerosene are important for economic activity, uniform prices should help to level the playing field for economic growth in all areas of the country. In practice, the scheme suffers from many problems, chief of which is the fact that for many years, prices of petrol and kerosene have not been the same across the country.

Data collected by the National Bureau of Statistics (NBS) shows the degree of price dispersion across the country. For example, in August 2015, petrol prices were ₦88 in Oyo, below the previous cap of ₦97, but the residents of Bayelsa paid ₦132 for their petrol. And the gap between kerosene prices was even wider – nearly ₦100 between the cheapest and most expensive states.

Is this because of the price hike or has the PEF become more efficient? Some would argue that without the PEF, the gap would be even wider. We have one way of testing this claim: diesel prices. Since diesel is not subject to uniform pricing, marketers can set their prices based on transport costs and demand. So if the PEF works, we should see larger variations in diesel prices compared to petrol and kerosene. It is not evidently clear that this is the case – in August 2015, the diesel price gap was ₦73, even lower than Kerosene's; in May 2017, the gap was ₦56, still lower than the gap in kerosene prices.

So if the PEF does not equalise prices, what does it do?

The biggest problem with the uniform pricing policy is that it alters normal market incentives. When petroleum marketers are free to set their prices, they take into account not just their costs but also the demand for their product. Companies set prices high enough to make a profit, but not so high that they lose out on potential customers. Furthermore, if an area that is far away from a depot typically has low demand, petrol marketers will decrease the volume they supply to that area and supply more to areas in with higher demand, based on the volumes and prices that will yield them the highest profits.

Under the uniform pricing policy, marketers not only try and maximise profit from operations but also try and get as much as they can in equalisation payments. This could mean supplying large quantities of kerosene to areas with low demand, as long as the resulting transportation payments from PEF are high enough to turn a profit. The excess supply created in these areas likely contributes to the persistence of petrol diversion for export to neighbouring countries and the use of kerosene as a substitute for aviation fuel by airlines.

Ultimately, the scheme has created an ecosystem in which actors in the downstream sector – from the marketers to the tank drivers – depend on these payments. Delays in processing claims or dissatisfaction with the size of payments often lead to strikes and resulting fuel scarcity. The ease with which the economy can grind to a halt based on the decisions of a few people generates an uncertain business environment that runs counter to the goals of equalisation.

Given these negative consequences, perhaps it is time to reevaluate how useful uniform pricing is to Nigeria's development agenda. The drive for inclusive growth is a noble one, but we need to think of other ways to achieve that without the costly distortions of forcing petrol price equalisation. 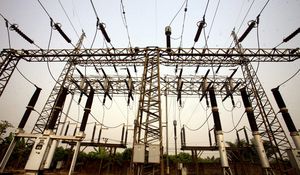 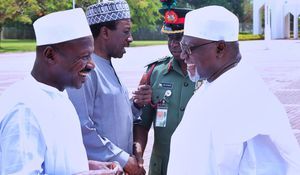 EFCC and The Problems We Know