Don't blame INEC: It is designed to fail

Right now, Nigerians are bashing the Independent National Electoral Commission (INEC) after the postponement of the elections threw many weddings in flux, already late plane flights in disarray, and affected an education already mired in crisis. And, above all, Nigerians have to deal with one more week where governance takes a back seat. The country has already endured a long pause, and it is only going to become more costly and unhelpful.

Indeed, there is little justification in a decision to postpone at the eleventh hour, but it would be worth sparing a thought for INEC, an organisation designed to fail.

It is true that INEC literally has one job—which they failed to do on time—but several institutional features mean that we do not have a genuinely independent electoral body. This goes beyond the recent postponement and speaks to the root of the organisation's capability and feasibility, and until these issues are addressed, Nigeria will keep getting the elections it deserves.

In a piece on electoral management in Nigeria, J Shola Omotola touches on three key issues that affect the perceived independence of our electoral management body. For starters, the Constitution gives the right to appoint a Chair to the President after consultation with the Council of State. Although the approval of the Council of State provides some checks and balances, the sensitive nature of the appointment in a nascent democracy like Nigeria’s leaves room for impropriety. In Ghana, these positions are appointed to a term comparable to their Appeal Court Justices (which gives a mandatory retirement age), reducing the incentive to endear oneself to the appointer (the president).

Secondly, the financial responsibilities and staffing abilities of the Commission. The budget is submitted by the Presidency, and, like the Judiciary, is dispersed by the executive. The lack of financial security means that certain actions may be avoided to avoid risking the owner of the purse. A direct line charge for INEC to the Federation Account would remove this issue. Likewise, the fact that many INEC staffers are not permanent and thus require significant training is an avenue for potential disruption at the polls. Combining both points give you a situation where the temporary staff—usually students taking part in NYSC—end up not being given proper training or support. This sad issue was prominent in 2011 when corpers died in the wake of the post-election violence and in 2019 when scores of corpers were not adequately catered for ahead of the elections.

Thirdly, the capacity of the commission is mostly checked by the logistical constraints of its organisation. INEC neither owns warehouses to store election materials nor equipment to move items across the country. To transport items across the country, INEC used Air Force planes and CBN storage facilities for the polls. These organisations have different bureaucracies, internal emergency cultures, and different response rates. As a result, any last-minute issues that come up will take longer to address. Furthermore, and this is hypothetical, an Executive arm trying to scupper plans or rig the polls can easily do this through the other organisations involved in the polls.

One important thing to note is that there are other government organisations afflicted with some of these features; for example, the Central Bank of Nigeria Governor is appointed by the President. However, the combination of all these features and the sensitivity of INEC's role leaves it in a uniquely disadvantaged position as it tries to deliver on its mandate. Moreover, INEC's decision to postpone can be considered as an act of this democratic mandate.

Finally, we cannot ignore the scope of INEC's work. It is responsible for managing the entire electoral process for a country of an estimated 180 million people, and at least 84 million registered voters. In addition to coordinating party registration, it also has to manage Presidential, National Assembly, Governorship and State House of Assembly elections across the country. Add to this the fact that Nigeria now has six states that have off-cycle electoral years, and you see the scale of the work involved.

In the United Kingdom, local government authorities are empowered to administer the elections. In the United States, elections are conducted by the states, and Congress has only created uniformity through single election dates and the division of states into districts to make this process easier. This frees the actual electoral commissions in these countries to deal with issues. In the United States, the duty of the Federal Electoral Commission is to regulate campaign finance, and the United Kingdom's Electoral Commission does that as well as manage party registration and voter awareness.

Thanks to the new process, we know elections will hold every 'third Saturday of an election year'. But we need not wait till we are close to act. By decentralising the responsibility to administer elections, we give the national organisation the time and energy to dedicate itself to regulating other aspects of our most important civic engagement. Furthermore, being closer to such processes could help create more civic-minded and aware citizens in our local governments.

Our next presidential election will be on February 18th 2023. If we still have these issues by then, we'll have only ourselves to blame. 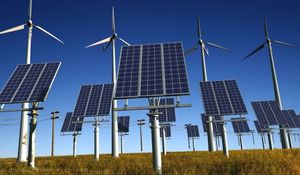 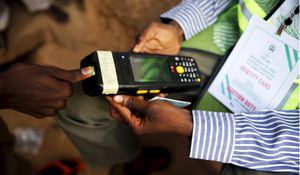 FW: INEC postponed Nigeria’s elections, but how does this impact the average person?