EFCC and The Problems We Know

Anti-corruption as a government agenda dates as far back as 1966. It has preoccupied every administration since then and remains the dominant theme of the current administration. It is not far-fetched to say that President Buhari was elected specifically to address the issue, just as he took power in 1983 under the pretext of ensuring discipline.

However, a crippling recession, matched by a wobbling anti-corruption drive, has left citizens less enthusiastic about this administration's priorities.

Leading the charge to deliver on these priorities is the Economic and Financial Crimes Commission (EFCC). Though it is just one of many agencies tasked with tackling corruption, it has emerged as the primary driver of modern anti-corruption in Nigeria. Disappointingly, its progress has been checked by recurring challenges, to much public frustration. We must overcome these to give anti-corruption efforts a fighting chance.

Poisoned by the hand that feeds

The most prominent challenge to EFCC's efforts is the prevailing impression that in Nigeria, crime pays. The country is awash with examples where the consequences of corruption pale in comparison to its benefits.

For example, in January 2013, an Assistant Director of the Nigerian Pension Commission charged for stealing ₦32 billion ended up with a ₦250,000 fine. Similarly, we can recall the presidential pardon by then-President Jonathan which absolved the former Bayelsa State Governor in 2013. Perhaps the most disturbing events in this trend are the rapturous welcomes given to those the EFCC successfully prosecutes and convicts – from a one-time PDP chieftain to a former Chairman of the Nigerian Ports Authority.

Time again and time again, Nigeria's political establishment has shown it is willing to embrace public figures tainted with corruption. It appears immaterial when there are question marks on the integrity of individuals because the elite turns a blind eye and individuals are welcomed with open arms. In Nigeria, neither Caesar nor his wife need be above suspicion.

Even the Judiciary contributes to this perception as they sometimes make a mockery of the anti-corruption drive. A notable case is that of the former Rivers State Governor who obtained a "perpetual Injunction" which barred the EFCC from “arresting, detaining or arraigning” him.

More so, the structure of the EFCC makes it answerable to the presidency. Important issues, ranging from the Agency’s budget to the chairman’s job security, are subject to Senate and Presidential approval. Admittedly, this is not an anomaly because even the independence of the FBI is questionable. Nonetheless, the United States government attempts to draw lines between the FBI’s accountability and its need for independence. This line is non-existent in the EFCC.

Take, for instance, the run-up to the 2007 presidential elections when the EFCC presented a list of 135 “corrupt” candidates whom it said should not run for office. The list was discredited as an attempt to hurt the political adversaries of the then-president. More recently, the present administration has blatantly refused to release public figures facing trial even though their bail applications have long been met. In short, successive Nigerian governments have made political interference the order of the day.

EFCC: Not any wiser

While these constraints have certainly hindered the EFCC, the agency has derailed its progress through its occasional incompetence.

It has a fondness for high profile arrests and public invitations of prominent suspects long before investigations are completed. Unfortunately, as one Judicial officer put it, “the day you make an announcement to the media [should be] the day you have filed a case; otherwise, you are just saying, ‘hide your tracks, we are coming’.”

In May 2016, the EFCC picked up the Access Bank Managing Director (MD) from the bank's headquarters over allegations of money laundering. The MD was never charged but the EFCC's arrest dominated headlines for weeks. The same goes for many of the suspects in the "arms deal scandal". Though these tactics generate headlines and garner popular support, public trials in the court of opinion should not be seen as triumphs if the corrupt walk free.

Without offering any rational explanation for their approach, this looks to be the EFCC blueprint for investigations, dating back to the Nuhu Ribadu years when the pioneer EFCC chairman famously informed the Senate that 31 of 36 state governors were under investigation. Most of these men walk freely today.

The Way Forward: Equip the EFCC

The goal of anti-corruption is deterrence, mainly by ensuring the corrupt are appropriately punished. It may be politically convenient to blame Ibrahim Magu or the EFCC as a whole, but the appropriate target is the political system which the government controls. Only they can instigate reform.

Equipping the EFCC will demand a combination of factors. For a start, a demonstration of good faith by the sitting president to avoid political interference would be most welcome. This should be backed by a firm pledge that the administration will not perpetrate nor tolerate interference. This would go a long way to reset the optics.

Not stopping at optics, the Act establishing the EFCC is in desperate need of amendment, alongside other issues including the Chairman’s security of tenure, the Attorney General's power to interfere in anti-corruption cases, and the empowerment of the other anti-corruption agencies. There is also the potential for specialised courts to try financial crimes and avoid Nigeria's frequent judicial delays.

That being said, it would be naïve to assume that these alone would completely solve the problem. The EFCC needs to be properly equipped with a combination of the steps set out above, and more. After all, it is said that a man who sends a child to catch a shrew must also give the child water to wash his hands. If the Nigerian government is committed to tackling corruption through the EFCC, it must give it water to wash its hands. 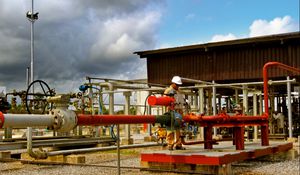 Does The Petroleum Equalisation Fund Work? 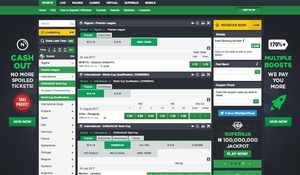