Explainer: Is the Nigerian economy productive?

Productivity explains how efficient an economy is at converting inputs (land, labour, capital) to output. It is arguably the most important determinant of long-term growth.

For example, Nigeria’s average yield for tomatoes is seven metric tons per hectare while Kenya averages 20 metric tons. Although Nigeria has much more arable land for producing tomatoes, Kenya is more productive at producing tomatoes. Moreover, Nigeria is not doing enough with its current resources; if at present it produces five billion tons of tomatoes, it could produce 14 billion tons if it was as productive as Kenya.

Productivity essentially explains how efficiently the economy runs. A key element of this is how people and products are transported.

Currently, dismal roads are our most common mode of transport. Railroads or improved highways will reduce how long it takes to travel, decreasing the cost of each trip and enabling more trips or more goods to be transported per working day.

Not only does this increase profits today but importantly it has widened what is physically possible in the economy, giving businesses the ability to do more. For illustration, before one driver could make two trips a day; after the reform, the same driver can make two trips.

The same analogy can be used for improving the health and education of workers to make them more productive. Nigeria's school feeding program is one example of a policy that will increase productivity in school. A better-educated workforce gets you more output from the same pool of people.

Nigeria may have 180 million people but the long-term benefits of that won't be actualised if they aren't productive. According to a productivity study by UNIDO, Nigeria dropped from being ranked 85 in 1960 to 108 in 2000, despite adding 77 million people to the economy.

For long-term and sustained growth, and limited funds, Nigeria cannot afford to spend too much on consumption or investments that simply don't go far in increasing productivity. We have to get the basics right first before we try and make Nigeria the next Dubai. According to economist Nonso Obiliki, the now empty resort Tinapa, which cost $450 million failed due to "a lack of existing infrastructure to transport goods: bad roads and an average-sized port." 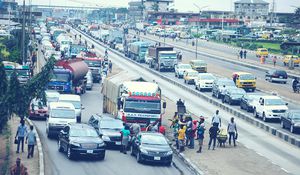 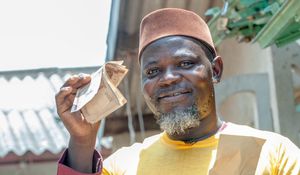 Can TraderMoni avoid becoming a waste of money?