Fixing the price of everything

In recent times, a section of the Nigerian public has been engaged in a debate over price regulation. This has come from a recent Federal High Court order granted at the instance of the Consumer Protection Council in Nigeria against MultiChoice, which amounts to a price freeze on their services to an estimated four million DSTV subscribers. This came after the company hiked prices in Nigeria while reducing them in other African countries.

The ensuing drama has led to a broader argument about the place of price regulation in what some have called—perhaps ironically—a free market economy like Nigeria.

For sure, there is already price regulation in the Nigerian economy. Petroleum products are not left strictly to the forces of demand and supply, but this intervention is done through subsidies paid to the oil companies to keep the price fixed. This is not novel on the continent. South Africa is among a host of countries that regulate the price of petroleum products.

The rationale for this is economic. Fuel prices affect the whole economy. Governments have or should have a vested interest in products and services that touch upon the ordinary lives of every citizen. A school of thought in this vein would argue that some products and services are so vital to the running of an economy that some regulatory intervention even in price is necessary and expected.

The debate about the role of regulations in the business environment of any nation-state is as old as the idea of national economies. It is an argument that boils down to this idea: is it more important that goods and services be affordable within a national economy factoring in viability, fairness, poverty levels and quality delivery? Or it is more pertinent that prices are determined by economic forces that engender efficiency, encourage competition, and ensure innovation in the long run?

It is not a black and white situation as the debates in the pharmaceutical industry illustrate; medicine needs to be affordable, but businesses need profits to innovate new drugs. The problem is simple: perhaps the greatest incentive to innovate is the potential of attaining monopoly power over your invention, and the consequent ability to make a lot of money. However, once a useful drug has been created, the government would like to keep it as cheap as possible so everyone can afford it. Cue a battle of wits between the innovator—who rightfully wants to be compensated for her efforts—and a government eager to piggyback on the invention to boost national welfare. The solution? Patents that last for as long as 25 years, giving the innovator a window to exploit her monopoly before the government tries to regulate prices.

A fair mind can see the pros in both arguments. If poverty levels are really low then the prices of essential goods and services have to be watched closely. Yet, people do not need everything, and sometimes they need only what they can afford—which may be the case with DSTV. Problems can arise because the government may not know what everyone's "needs" are and they certainly don't know what exact quantity or price the population is willing to pay. Moreover, as many Nigerians would agree, a DSTV bundle cannot realistically be considered to be a need. And once that is considered, the argument to regulate prices breaks down.

Just as the government tries to fix petrol prices, similarities can be made to how it taxes luxury goods, which are less controversial. Both amount to price fixing in some sense though it must be said that there is a difference between a government intervening in the market and setting an actual price cap. Furthermore, instead of leading businesses along a certain path, competition is a great incentive for companies to be innovative. Businesses will find the most efficient ways to run and deliver quality goods and services if the market is left to its own devices. The profit motive incentive forces businesses to provide products at an affordable price. That's the simple way to make money in a truly competitive market.

Additionally, price fixing is not the only way to protect consumers. The European Union and other developed nations have strong anti-competitive laws and bodies, which promote competition. Price fixing can be wasteful, as is the case in Nigeria's petrol subsidy scandals.

In Nigeria, the pricing argument, according to the regulator, is not merely about how much is charged by the business but the quality of service delivered and if there is any exploitation involved. These cases are never as simple as one-word answers or five-thousand-word essays. They require a lot of thought to wade through the salient but vital issues around them. Nobody has all the answers in economics. In the end, when looking at the price of anything or everything it is not simply picking a side between affordability or innovation but creating a regulatory framework that seeks to balance the arguments for both while creating value that builds an economy that is fair, consistent, vibrant and humane. 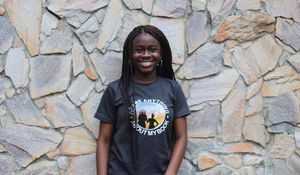 Can you code your way to your dreams? 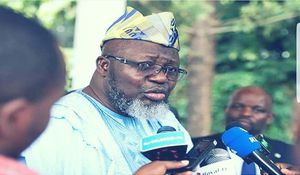 FW: Nigeria’s Minister of Communications does not have an NYSC certificate