2019 was an eventful year for Nigeria—border closure, EFCC v.s. Yahoo boys, Big Brother, and an election triumph for APC in what was supposed to be one of Nigeria's closest elections.

As we start the year, there's no doubt 2020 will be filled with more interesting stories. Here are four socio-economic trends we expect to gather steam in 2020:

The relevance of social media to socio-economic discourse in Nigeria has continually risen since 2011 and the number of active social media users is expected to rise to 30 million by the end of 2020.

Its increasing popularity and the role of “cyber activists” would ensure that social media becomes a favoured means of accountability and justice for the common man, usurping traditional channels like the courts and law enforcement agencies.

Judicial independence came under serious threat last year as President Buhari suspended the Chief Justice of Nigeria at the start of 2019 and state security agents invaded a sitting court session near the end of the year. Meanwhile, social media efforts were instrumental in ensuring the release of detained activist, Omoyele Sowore and the suspension of controversial executive plans to resettle Fulani Herdsmen.

That said, the rising popularity of social media will not come without roadblocks. Last year, lawmakers introduced the "social media bill" before the National Assembly. Its intention is to regulate social media content by criminalising "false statements" and "fake news." If this bill is passed into law, it has the potential to limit social media engagement.

Reduced smartphone prices and continued economic growth is expected to boost the number of smartphone users in Nigeria to about 60 million by 2025.

With relatively affordable mobile network plans, Nigeria is expected to emerge as a major market for the mobile technology industry in 2020 with experts suggesting potential opportunities in this regard for e-commerce, mobile applications and video streaming. This should result in an increased overall contribution by the technology industry to Nigeria’s GDP.

Another reason for optimism is the rise in Unstructured Supplementary Service Data (USSD) transactions, a form of mobile banking which allows transactions to be conducted without the need for internet connectivity. USSD transactions reportedly grew by 35% in 2018 and continue to rise today.

Additionally, MTN secured a financial services licence last year—a big statement of intent from the telecoms provider. It is clear that MTN is looking to leverage its 65 million subscribers to get a strong grip on providing financial services in Nigeria.

These factors, coupled with improved mobile banking applications, will ease financial transactions and promote financial inclusion for a larger section of the Nigerian population in 2020 and beyond.

Emigration from Nigeria has been on the rise, and research in 2019 suggests that as much as 45% of Nigerians plan to leave the country within the next five years.

This trend will continue in 2020 for a number of reasons. First, migrant-friendly policies will make countries such as Canada and Australia highly appealing to skilled workers in Nigeria. The recent decision by the UK government to reintroduce a two-year post-study work visa for migrant students is also likely to increase the influx of Nigerian migrants, particularly through post-graduate study.

Secondly, education and job opportunities are one of the main drivers of emigration out of Nigeria. These two show no sign of improvements as unemployment remains high and no serious reforms have been announced or implemented in Nigeria's ailing education sector.

Emigration is particularly high in the medical profession where reports suggest that at least 2,000 doctors have moved to other countries in the last few years and 8 in 10 doctors are making similar plans. This is likely to negatively impact that healthcare system that already suffers from a lack of manpower and inadequate medical facilities.

Other professions making use of skilled worker programs abroad include software engineering, computer programming, information systems consultancy and university education. Skilled professionals in these areas are already in short supply and rising emigration without a corresponding inflow of skilled labour can't be good news for economic growth and development.

4. The rise of investigative journalism

Finally, the last quarter of 2019 saw a rise in investigative journalism in Nigeria.

While the longer-term impact of such work may be unclear at this time, recent signs suggest that such efforts are being recognised at the highest level. In December 2019, a High Court issued a ruling declaring sex work not to be a criminal offence in Nigeria. This ruling was in large part due to an investigative feature on NewsWire Nigeria examining the "policing" of sex work in the Abuja Metropolis. Kiki Mordi's sex for grades documentary also led to multiple sackings, a statement from President Buhari, and the creation of task forces to deal with the situation.

Again though, it will be interesting to see how the government reacts. Last year also saw investigative journalist Fisayo Soyombo go into hiding after arrest threats were made following his exposé on corruption in Nigerian jails.

All things being equal, these trends will be significant in Nigeria's socio-economic landscape in 2020. The manner and degree of their impact and the events that will ensue will be all be revealed in 12 months. 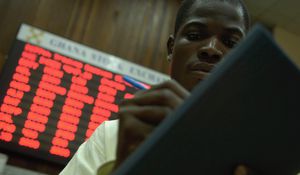 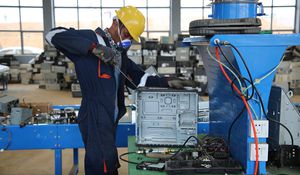