You've been framed: Why Narratives Matter

How many times have you seen a headline similar to this – "Nigeria loses $34 billion to tomato/fish/toothpick imports?" If you’re Nigerian, you’ve heard an assertion like this at least once. And how does it make you feel? Angry, right? How could we be losing so much money by importing these items?

If you share this or a similar reaction, you've been framed.

Nigeria does not "lose" money when it spends on a foreign good. Why? It receives a good or service in return. If we were to spend ₦34 million purchasing military weapons to counter a terrorist insurgency, would this be described as a loss of ₦34 million or simply a transaction where we parted with ₦34m and gained valuable weapons?

Here’s an example that should help. Scenario A: A family in Yaba spends ₦100,000 on food; Scenario B: Another family in Yaba has ₦100,000 in cash stolen by thieves. What's the difference in the two situations? Would you say both families have lost ₦100,000? One family got ₦100,000 worth of food, and the other got nothing. Apparently, this delineation between the two scenarios should clear any confusion of what it means to lose money.

If all this seems a bit obvious, then good. We are actually pretty familiar with this difference and have an intuitive understanding of what it is to really lose something. So why do we still fall prey to such claims?

It turns out that we are vulnerable to misinformation due to a cognitive bias called the framing effect. The framing effect causes people to react to a particular choice in different ways depending on how it is presented i.e. as a gain or as a loss.

The pioneering example of the framing effect was illustrated by Daniel Kahneman and Amos Tversky, two giants of Behavioural Economics, who tested how people respond to the same scenario when presented either as a gain or a loss. Incredibly, they found that when phrased in terms of potential gains, people tend to choose what they perceive as the less risky option (e.g. the certain gain). Conversely, when faced with a potential loss, people tend to choose the riskier option. Put simply, people are risk-averse when the frame leads them to consider potential gains, and risk-seeking when the frame leads them to consider potential losses.

With such results found over and over, others have dug into why this happens. According to Susan T. Fiske and Shelley E. Taylor, human beings are cognitive misers by nature, meaning we prefer to do as little thinking as possible. As we get inundated with an ever increasing amount of information, it becomes difficult to make decisions without simplifying most of what we receive. To manage this, we filter information either through our pre-set frames or the ones presented to us.

The framing effect throws up two challenges. Firstly, it is unaccounted for in economic models so can lead to policies having unintended effects. Besides, it is surprisingly impervious to the existence of relevant data and evidence. This means that frames are a powerful tool for swinging popular support for economic policies.

The new President of the United States, Donald Trump, effectively framed the election debate using this tactic. His slogan – “Make America great again” – not only created a straw-man country that needed to be fixed but also painted the previous administration as responsible for the retrogression of the country. Moreover, he set up a false dichotomy – those in support were willing to "Make America great again" while opponents were deemed satisfied with the rut the country had suffered from. Finally, President Trump capitalised on the classic risk-seeking finding: He understood that in times of gains, people tend to avoid risk. In times of loss, they’re more willing to go for the gamble. By setting up a negative frame, Donald Trump got Americans to buy into and gamble on him.

The debate to float the Naira is a case where the numbers didn’t matter as long as the debate was framed in terms of losses. Once the issue was framed as “floating the currency leads to inflation,” it became difficult to convince either Nigerians or the President that it was a desirable course of action.

The #BuyNaijatoGrowtheNaira campaign also presents a frame that places responsibility on Nigerians to patronise Nigerian products even when attractive alternatives exist. Moreover, it ignores the government's role in providing a business climate that would allow Nigerian firms to be globally competitive.

The framing effect can have more insidious effects. Those who perceived the case of the missing Chibok girls and the Bring Back Our Girls (BBOG) campaign as a scam even in the face of evidence were simply passing reality through the frame they created. Unsurprisingly, views towards both the BBOG group and the Chibok girls changed with the transition in governance and the introduction of an alternate frame.

Here’s the implication of the framing effect: how the numbers make us feel matters far more than their accuracy. Assertions do not need to be scrutinised when they conform to the frame we’ve created. And when a choice involves either a gain or loss, no matter the magnitude of the risk involved, if the frame amplifies the risk, it will likely influence the decisions we make.

We see this in policy response. If Nigeria loses money, cut off that ‘loss’ by banning. If floating will automatically spike inflation and make Nigerians poorer, peg the currency. And if America looks to be in a mess? Gamble on electing a loose cannon like President Donald Trump to fix it.

Finally, recent global events are a lesson to policymakers and economists who solely rely on facts and figures to create and implement policies. If you wish to influence the public, the narrative or frame must be prioritised.

And for us? When you’ve read or listened to a new piece of information, ask yourself what self-imposed frame you’ve filtered the information through. For example, has the issue been presented in terms of gains or losses? And would you feel the same way if the same information were presented using a different frame? If not, perhaps you should rethink the decision you were about to make. 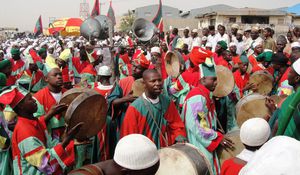 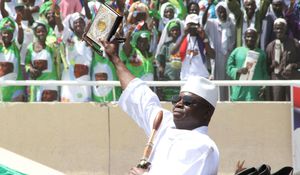