President Muhammadu Buhari on Saturday, 13th October 2018, issued an executive order (EO) against those his administration is prosecuting in court over alleged corruption. The President barred about 50 high profile people from travelling outside the country until the hearing and determination of their cases.

What is this about?

The Executive Order 6 (EO6) places Nigerians whose financial transactions are being monitored by relevant security agencies under watch. As part of the President’s anti-corruption crackdown, he gave directives to Nigeria’s immigration service to place an embargo on those who are affected from travelling.

The issuance of the restriction came in a few days after a High Court in Abuja granted Muhammad Buhari the right to temporarily seize properties of persons being tried for corruption. While the court was clear that the President should not seize the powers of the other organs of government in the implementation of the EO, Buhari announced the restriction of the movement of these 50 people in the country.

The EO was first published on July 5, 2018, with a list of about 155 persons, institutions and groups with cases ranging from money laundering to human, drug trafficking and fraud as those affected by the order. However, the Presidency’s new list has fewer names.

Some of the names on the list are Adebayo Alao-Akala (Oyo), Gabriel Suswam (Benue) and former National Security Adviser, Colonel Sambo Dasuki (rtd). Others can be found here.

While some have praised the Presidency’s act as fantastic in terms of fighting against corruption, some stakeholders have described it as "full-blown fascism".

The Peoples Democratic Party (PDP) and the Coalition of United Political Parties (CUPP) called on Nigerians to reject the travel ban. According to the PDP, the ban is politically motivated and targeted at members of the opposition parties and perceived political enemies of the President.

"The whole world can now see how fascism is fast taking over our democracy and judicial system and how the Buhari administration, by fiat, has directly ordered that citizens be secretly trailed, their movements and financial transactions restricted by government agencies, without recourse to due process of the law.” - Kola Ologbondiyan, PDP spokesman.

Most observers like CUPP are of the opinion that the President, by signing Executive Order Number 6 has gone against the principle of separation of powers as contained in the 1999 constitution.

The Presidency in its defence says it ordered the Attorney - General of the Federation to implement the EO in full force because it has the best interest of Nigerians at heart. 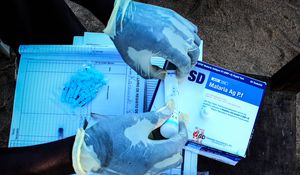 Why are medical doctors leaving Nigeria? 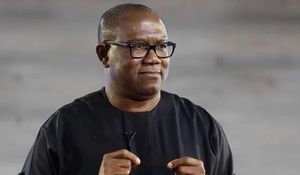