President Muhammadu Buhari, the presidential candidate of the All Progressives Congress (APC) has (again) failed to provide his academic credentials to the Independent National Electoral Commission (INEC).

Presenting his school certificates is one of the requirements for contesting in the upcoming 2019 elections.

President Buhari, in an affidavit, told INEC that he his credentials, including his West African Examination Council (WAEC) are with the Secretary of the Military Board.

“I am the above-named person and the deponent of this affidavit herein. All my academic qualification documents as filled in my Presidential form, APC/001/2015 are currently with the Secretary of the Military Board as of the time of this affidavit,” - Muhammadu Buhari

In short, no. A primary six school certificate, alongside other requirements, is enough to qualify for the position of the President.

Section 318 of the constitution defines this as 'Primary Six School Leaving Certificate' when it is accompanied by at least 10 years of service in the public or private sector, attendance of certain educational courses and the ability to read and write in English.

In the build-up to the 2015 elections, Buhari, a former military head of state failed to present the same credentials. At the time, his excuse was the same - the electoral authorities needed to contact the military. But the military, through the then director of army public relations, Olajide Laleye, denied that they were in possession of his academic credentials.

“Records available indicate that Major General M Buhari applied to join the military as a Form Six student of the Provincial Secondary School, Katsina on 18 Oct 61. His application was duly endorsed by the Principal of the school, who also wrote a report on him and recommended him to be suitable for military commission.

It is a practice in the NA that before candidates are shortlisted for commissioning into the officers’ cadre of the Service, the Selection Board verifies the original copies of credentials that are presented. However, there is no available record to show that this process was followed in the 1960s.” - Olajide Laleye

This begs the question, where are the academic credentials of our President?

Response from the Presidency

While stakeholders and the opposition, the People’s Democratic Party (PDP) are demanding that the President address the credential saga extensively, the Presidency insists that Buhari’s credentials is a ‘dead issue’.

Femi Adesina, the President’s special adviser on media and publicity in an interview said that those asking questions about Buhari’s certificates are members of the opposition who are threatened by the current President.

“The military already said they lost the certificates. But does it mean that it did not exist that the president went to school, sat for examinations and passed; attended military courses and War College? - Femi Adesina

Nigerians have reacted furiously to the failure of the President to present his academic credentials. If anything, his inability to come clean on the issue of his certificate questions his integrity and ability to play by the rules. 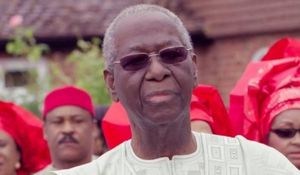 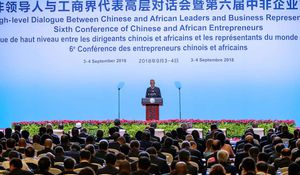