The Economic and Financial Crimes Commission (EFCC) has confirmed that the process for extraditing Nigeria’s former petroleum minister, Diezani Alison-Madueke from the United Kingdom has begun.

There have been calls from different stakeholders for the UK government to hand her over to the Nigerian government over multiple allegations of misconduct while in office.

“It is ongoing. Within the next few weeks, the extent to which we have gone will be made known to the public. This extradition is just an aspect of Diezani’s investigation and commencement of trial,” - Tony Orilade, EFCC acting spokesman

At the moment, Diezani Madueke is being investigated for money laundering and fraud-related offences in Nigeria, the United States and the United Kingdom.

The former minister has been accused of a bunch of offences ranging from fraud and corruption to misconduct. In 2015, she was arrested in the UK and charged with awarding multi-billion naira contracts without following due process, wasting taxpayers money on private jets and diverging $6 billion from the Nigerian treasury.

There's also the issue of a leaked phone conversation between her and businessmen Kola Aluko and Jude Omokore revealed by US prosecutors. In the tape, it was evident that Mrs Alison-Madueke connived with her business partners to receive billion dollar contracts to sell Nigeria's crude oil.

It is still unclear how the extradition will affect the ongoing investigation into Diezani Alison-Madueke in the United Kingdom. But with a formidable 54-paged case against her, Diezani remains one of the most talked about corrupt ex-public servants in the country. And with a president running for re-election on his anti-corruption credentials and a prime minister trying to maintain allies as she navigates the aftermath of the UK's departure from the EU, we have not heard the last of Diezani Allison-Madueke. 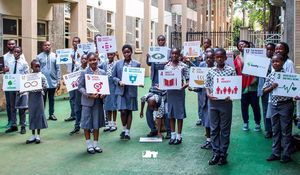 SustyVibes is cleaning Nigeria, one party at a time 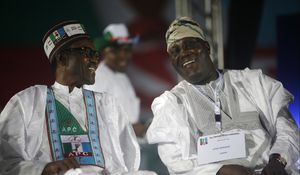