The former Minister of Mines and Steel Development and the All Progressives Congress (APC) candidate, Fayemi defeated his closest rival, Professor Kolapo Olusola of the People’s Democratic Party (PDP). The new Governor-elect won 12 LGAs out of 16.

Why is this a big deal?

The Ekiti governorship election was arguably one of the most followed in the country for several reasons, particularly because of the existing tension between Fayemi, and Ayodele Fayose, current governor of the state. And it is not just because of the pre-election drama or the alleged harassment of the Ekiti State governor, Ayodele Fayose.

Fayemi is not a newbie in Ekiti politics, he was the Governor of the State from October 16, 2010, to October 25, 2014. On June 21, he was defeated hands down at the polls by Fayose, himself a former Governor, who won all 16 local governments in Ekiti to emerge as Governor.

This feat came as a shock to many people for two reasons: Firstly, Fayemi received good reviews for his first term in office. Secondly, even though he was a former Governor, unseating an incumbent is still rare in Nigerian elections.

In 2014, pundits claimed that Fayose won the election because unlike Fayemi he did not appear elitist to the people of the state. He was always seen mingling freeing with people on the streets, never missed an opportunity to hang around market women or fry akara with roadside sellers.

Even though Fayose was not the PDP candidate for the election, he campaigned vigorously and loudly for his deputy, Olusola, who he wanted to succeed him.

Back to the election

However, a dark cloud still hangs over the elections because of accusations of electoral malpractice. Pictures and videos surfaced online showing large-scale voter buying by both the APC and PDP.  APC allegedly paid ₦5000 to those who had permanent voters cards (PVC) to secure their votes. Following a similar pattern, PDP reportedly paid pensioners and civil servants ₦3000 to gain their votes.

The outcome of the poll regardless of the rigging that took place is interesting when one considers Fayose’s unrestrained confidence about PDP winning. He had promised to humiliate Fayemi during the election.

Now, more than ever, all eyes are on Kayode Fayemi. Coming out victorious in such a tense election, is no mean feat. And as a party, APC is now in sole control of all the states of the South West, giving them a strong foundation ahead of 2019.

However, Fayemi's victory comes with the renewed pressure and expectations of office. And his performance will be scrutinised and compared to Fayose's term. Ekiti people rejected him in 2014, it's time to see if he or the people have changed since then. 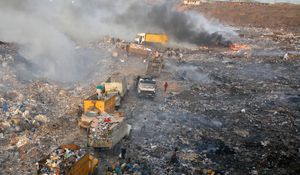 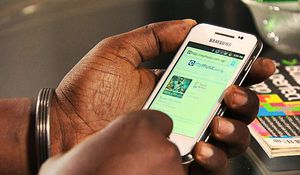 FW: Nigeria wants to regulate how social media is used