FW: Is Amina Zakari related to the President?

The Independent National Electoral Committee (INEC) on Thursday, 3rd January 2019 inaugurated an advisory committee for the upcoming elections in February.

Amina Zakari, who has held many key positions within INEC over the past years, has been accused by different stakeholders of planning to rig the elections in favour of President Muhammadu Buhari. A lot of reports have claimed she’s related to the President by blood, and therefore unfit to head the Collation Center Committee because of a possible conflict of interest.

Presidential candidate of the Allied Congress Party of Nigeria (ACPN), Oby Ezekwesili, top members of the People’s Democratic Party (PDP) and the Coalition of United Political Parties (CUPP)  have expressed their anger at Zakari’s appointment claiming it is a plot to ‘steal’ the elections.

But is Amina Zakari actually related to the President?

In an Interview with BBC, Zakari also confirmed that she is neither the President’s niece nor his cousin.

“He is not my cousin, he is not my uncle as is being claimed but I know him as my leader and the leader of the nation. I don’t think I should be distracted now that elections are coming, I will continue doing my work” - Amina Zakari

Public reaction also show that people think Zakari’s role in the elections has to do with actual vote counting, INEC has however made it clear that her role involves handling welfare at the International Conference Centre, where the collation will take place.

Zakari and her committee will handle facilities such as power, internet access and live transmission. The vote collation will be done INEC Chairman, Yakubu Mahmood, who by law is the returning officer for the Presidential elections. 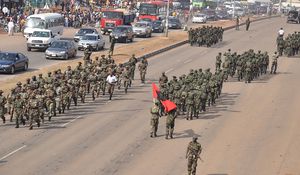 FW: What happened between the Nigerian Army and Daily Trust Newspaper? 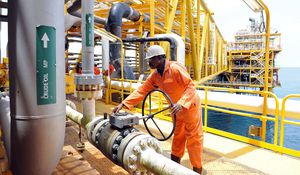 Oil Can No Longer Sustain Nigeria