FW: Is the trial of Nigeria's Chief Justice constitutional?

The Chief Justice of Nigeria (CJN), Justice Walter Onnoghen, has been charged to court over a six-count criminal charge due to his refusal to declare his assets.

The charge which was filed Thursday, 10th January 2019 by the Code of Conduct Bureau (CCB) alleges that the CJN not only failed to disclose his assets as required by law, but also operates multiple foreign bank accounts.

According to reports, Onnoghen, who is the highest judicial officer in Nigeria, will be arraigned on Monday, 14th January 2019 before the Code of Conduct Tribunal (CCT). The case includes a motion for the tribunal to compel the CJN to vacate his office and concentrate on clearing himself.

If the motion is successful, Walter Onnoghen will be replaced with the next most senior jurist on the apex court bench, Justice Ibrahim Tanko Mohammed.

In a statement sent in response to the queries raised by the CCB, Justice Walter Onnoghen said he forgot to make a declaration of his assets after his initial 2005 declaration expired:

“My asset declaration form numbers SCN 00014 and SCN 00005 were declared on the same day, 14/12/2016 because I forgot to make a declaration of my assets after the expiration of my 2005 declaration in 2009. Following my appointment as acting CJN in November, 2016, the need to declare my assets anew made me realize the mistake.

“I then did the declaration to cover the period in default. I did not include my standard charted bank account in SCN 000014 because I believed they were not opened. I did not make a fresh declaration of asset after my substantive appointment as CJN because I was under the impression that my SCN 000015 was to cover that period of four years which includes my term as CJN,” - Walter Onnoghen

His appointment was initially stalled by President Muhammadu Buhari until Vice President, Yemi Osinbajo forwarded Onnoghen’s name to the Senate for confirmation as the most senior judge on March 1 2017.

Eventually, Walter Onnoghen was sworn into office as the country’s 17th CJN on March 8, 2017.

What does the law say?

While it is true that Justice Walter Onnoghen did not declare his assets in line with the Declaration of Assets Act, the executive’s preparation for his arraignment does not follow the due process.

In the recent 2018 case of Nganjiwa vs F.R.N, the Court of Appeal addressed the issue of whether or not a serving judicial officer can be subjected to criminal prosecution without complying with the condition precedent of subjecting the judicial officer to the disciplinary jurisdiction of the National Judicial Council. The CA held that no serving judge in Nigeria can be investigated or tried in a court of law, without first being removed from the Bench.

The procedure is to prepare a written petition against Onnoghen, and pass it on to the NJC for an administrative disciplinary process. The NJC then investigates the violation and notifies the CJN in writing of the allegations while providing him with reasonable time to respond.

If the NJC considers the allegations to be valid, he is to be recommended for removal from office by the executive. After his dismissal, he can be investigated and prosecuted by any anti-corruption agency such as the Economic and Financial Crimes Commission (EFCC).

Given that the CCT did not file its motion against Onnoghen in conformity with the appropriate procedure, it is only right to question the validity of his proposed arraignment.

There have bee a lot of mixed reactions regarding the allegations against the Chief Justice of Nigeria. The Nigerian Bar Association (NBA) and a number of lawyers have condemned the actions of the CCB, tagging it an attempt to intimidate the Judiciary.

President of the NBA, Paul Usoro, in a written statement commented that the speedy nature of the investigation on the CJN showed a consistent pattern of assault by Federal Government Agencies on the judiciary.

“If one contemplates the fact that the CCT arraignment is scheduled to take place on Jan.14, we have in total a record number of 3 (three) working days between the receipt and processing of the petition, investigation, preparation of charge and ancillary processes and the arraignment.

“With such unprecedented speed and efficiency in Nigeria’s criminal justice administration, it is clear that the NJC was not privy to it and did not conduct its mandatorily required disciplinary processes prior to the filing of the charge before the CCT.” - Paul Usoro

On the other hand, the People’s Democratic Party (PDP), Nigeria’s opposition party, and the Coalition for United Political Parties (CUPP) believe the allegations are politically motivated. According to them, it’s part of a grand plot by the government to force the CJN out of office so that the 2019 elections can be manipulated in favour of President Muhammadu - Buhari.

Notably, Onnoghen is constitutionally empowered to inaugurate the Presidential Election Tribunal ahead of the upcoming elections. The sentiment is that there is a ploy to ensure that the CJN is unable to assemble the tribunal that will try cases that emerge from the elections.

Meanwhile the All Progressives Congress (APC) has endorsed the arranged trial of the CJN stating that it is important to look into all corruption allegations from public office holders.

With less than 35 days to the general elections, putting the CJN, who has statutory pre and post-election duties, on trial, can impact the activities around the presidential elections negatively.

Also, while it’s hard to say what is going to happen next, 150 Senior Advocates of Nigeria (SAN) have allegedly indicated interest in appearing in defence of Walter Onnoghen before the CCT on Monday in connection with the allegations levelled against him. 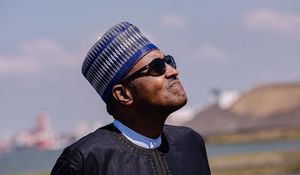 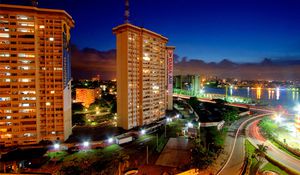 Lagos does not earn enough (Part 2)