President Muhammadu Buhari has yet again declined to sign the 2018 Electoral Act Amendment Bill into law.

The Senior Special Assistant to the President on National Assembly matters, Ita Enang said on Friday, 7th December that the President had taken a decision but failed to comment on whether or not he assented to the bill.

“His Excellency, President Muhammadu Buhari, GCFR has communicated to the Senate and House of Representatives his decision on the Electoral (Amendment Bill, 2018 in accordance with the powers vested in him by the 1999 Constitution. The president has taken a decision in accordance with the powers vested in him according to the Constitution. And by convention, that decision contained in the communication can only be revealed by the person to whom that decision is addressed. But the electoral bill has left Mr. President because he has taken a decision and has remitted it back.” - Ita Enang

This is not the first time the President is refusing to sign the bill. In March, he had declined to sign the bill, stating that doing so would usurp the constitutional powers of the Independent National Electoral Commission (INEC) to decide election matters. In September, the president declined to assent to the bill again stating that there were unaddressed drafting issues.

What is the bill about?

The 2018 Amendment to the Electoral Act is supposed to provide solutions to the problems associated with elections in the country.

It includes, for example, the compulsory use of card readers, and allowance to citizens and party agents who record proceedings at a polling station. It provides jail terms and fines for officials who are found guilty of omitting logos of parties from ballot papers.

The bill also prescribes the steps to be taken in the case of the death of a candidate midway into an election.

In a letter addressed to the National Assembly on Thursday, December 6th, the President said he was concerned that passing a new electoral bill so close to the 2019 general election could create uncertainty about the applicable legislation to govern the process.

According to him, he did not want new additions to the act to disrupt or interrupt the upcoming elections.

Meanwhile, the National Assembly seems to be divided over the next line of action following Muhammadu Buhari’s refusal to sign the bill. Senator Ben Murray-Bruce believes that the upper chamber will override the President’s action.

“First of all, we think it is a mistake not to sign the bill. We think Buhari should have signed it. We want the APC senators and all Nigerians to understand that that bill is the right thing to do at this period of our national life. We will do everything possible to work with progressive APC senators to get the right number of votes to override it. We will override it.” - Ben Murray-Bruce.

In response to Murray-Bruce’s comment, Senator Ali Ndume says that nobody has the right to speak for the Senate on the issue. According to him, the house has not reached a solid conclusion. Senators Biodun Olujimi and Kabiru Marafa have also commented on the issue, each expressing different opinions.

What is the response to his decision?

Stakeholders from across board have kicked against the actions of the president. Atiku Abubakar, the PDP presidential candidate, particularly had a lot to say about this. According to him, the refusal to sign the bill means that the president is not serious about conducting free and fair elections in the country.

The Coalition for United Political Parties (CUPP) have also tagged the president’s refusal to sign the bill as an act of ‘anarchy’. In a statement issued by their spokesperson, Ikenga Ugochinyere, the group said that President Buhari missed the chance to write his name in the good books.

"It is an act of clear desperation that the President had shown. For each of the four times the Electoral Amendment Bill was presented to him for assent, he waited until the last day of his constitutionally allowed 30 days. Nigerians should also be reminded that throughout the amendment process, President Buhari never made any suggestions or proposals to the National Assembly for the improvement of our electoral process but kept delaying and indulging in unnecessary hide and seek until this last minute,” - Ugochinyere Ikenga

Nobody can predict what’s going to happen next in the National Assembly regarding to bill, or if the President will change his mind. Again, we wait. 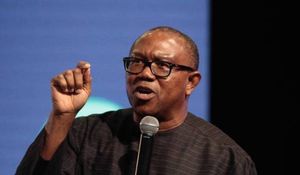 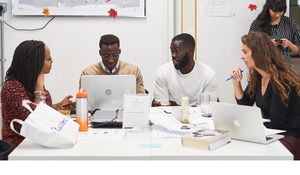 Startups and the African Technology Renaissance