On Friday, November 23, a 7 storey building under construction on Woji Road, GRA phase 2, Port Harcourt collapsed killing 5 people. The building buried over 60 persons in the rubble, and till this moment rescue operations are ongoing.

One of the survivors who identified himself to Leadership newspaper as Obinna said he was unconscious for a while when the building fell on him.

“We finished work for the day, took our bath and were lying on the ground. I heard a sharp sound, about 16 of my colleagues sank and as I turned to run, the rubbles gripped me and I didn’t know myself again. When I regained consciousness, I saw a little hole close to the generator stand and I forced myself and crawled out from there. I raised my voice and people who were selling outside came and assisted me.” - Obinna

The suppliers, and construction workers were reported to be on the ground floor of the building waiting for their weekly payment when the building fell. According to Channels TV, 36 persons have so far been rescued.

The rescue efforts which have been going on for about a week now are being carried out by the officials of the Rivers State Ministries of Special Duties, Works, Urban Development and Physical planning. The Ministry of health, construction company - Julius Berger, Shell, Lubrik, the Red Cross and the National Emergency Management Agency (NEMA) are also helping people out of the rubble..

But despite the efforts on ground, it has been reported that operations are hindered by inadequate equipment to cut through each of the 28 inch concrete decking.

In response to these happenings, the State’s minister for Urban Development, Reason Onya, resigned his appointment. In a State Executive council meeting, he stated that he was disturbed by the tragedy and apologised for it.

There have been cries by family members of the victims and some concerned Nigerians on social media that the State government is not doing enough to rescue victims still trapped under the collapsed building.

Chi Ohionu, a relative to one of the trapped victims laments that the number of those rescued have been exaggerated and no serious effort has been made to help.

“My family has been at the site since Friday evening. No serious effort has been made to rescue the victims. The first four victims were evacuated via mob actions, manually using sledgehammers on Saturday” Ohionu complains.

“The owner of the building has been arrested. He’s with us helping with investigations. We also have with us the site engineer, the architect, the builder himself. We have been able to get statements from some of the survivors, sharing their accounts of what has happened.” - Nnamdi Omoni, Police Public Relations officer in the State.

President Muhammadu Buhari through his special adviser on media and publicity, Femi Adesina also sent his heartfelt condolences to the families who lost loved ones. 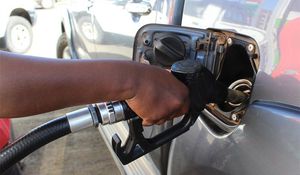 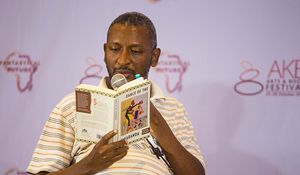 Aké Festival and Friends: The impact of Nigeria's literary festivals