FW: The Lagos tanker problem is not new

All things point to how dangerous petrol tankers and container carrying trucks on Lagos state roads are, it is as though they’re set to destroy any and everything in sight. The recent, most popular example being a tragic tanker explosion that occurred on the 28th of June on Otedola Bridge along Lagos - Ibadan expressway consuming at least 54 cars.

A fully loaded 33,000 fuel tanker exploded on the bridge killing 9 people according to official reports. The tanker, which was heading inwards Berger apparently had a brake failure. While the driver was trying to control the tanker as it was moving backwards on a slope, it reportedly rammed into another vehicle spilling its inflammable content.

The tanker exploded as some motorists scampered for safety. The Lagos state fire service got to the scene in 7 minutes and commenced rescue operations. Lagos State Emergency Management Agency (LASEMA), the Police, State Ambulance Service and Lagos State Traffic Management Authority (LASTMA) were also all on the bridge after the incident to play their part.

While LASEMA and the Federal Road Safety Commission (FRSC) claim 9 bodies were recovered from the accident scene, eyewitnesses dispute the official death toll. Adedoyin Adejubu, who was on the bridge at the time of the explosion insists that about 100 people died.

“About 100 people died. The government is lying, we saw it all. Ambulances spent all night packing bodies into body bags, how can you pack just 9 bodies with several ambulance trips all night? They are lying”

Unfortunately, accidents from trucks and tankers is not a new thing in Lagos. There have been too many cases of containers crushing people and cars, or PMS carrying trucks catching fire and consuming people and vehicles.

In 2010, for example, a tanker explosion on the same bridge burnt 20 cars beyond recognition, killed 15 persons, including an infant, and also inflicted 18 other people with varying degrees of injuries.

Just a few weeks ago, a truck carrying timber ascended the Ojuelegba bridge, lost its balance and tilted. The truck dropped its content crushing cars with people inside. LASEMA put the death toll at three, with two others critically injured.

Consider that at the moment, there’s a line of trucks permanently stationed on the Ojuelegba bridge up until Eko Bridge. These dangerous trucks have been sitting on the bridge for close to two years because there’s no alternative parking lot for them.

What is being done?

The Lagos state Government disclosed that it has been exploring alternative modes of transportation of petroleum products to separate cargo movements within the city in the interest of safety and public order. The outcome of this exploration is not yet clear to the public.

The State Commissioner of transportation, Ladi Lawanson, also confirmed that barriers would be installed on bridges in Lagos to prevent articulated trucks. Tankers too are now restricted to designated their trailer routes, that is Apapa - Oworonshoki expressway via Ogudu.

“All tankers and containers coming into Lagos State from henceforth are directed to obtain the Ministry of Transportation Certificate of Road Worthiness at any of or centres within the next 30 days, while new centres along the Lagos-Ibadan Expressway will be established to quickly to cope with the expected demand for this service.” - Ladi Lawanson

All of this is not new, in the past, there have been laws around restricting the movement of tankers and trucks to prevent them from ploughing the same route as vehicles. These rules, however, were not enforced to the maximum, truck and tanker drivers not only disobeyed but also bribed their way through disobedience.

At the moment, the Lagos State Government seems to be asking the right questions and making correct moves to ensure that there is no repeat of the Otedola Bridge accident. However, if history is anything to go by, the State Government needs more than just restrictions and certification of roadworthiness to effect the needed change. 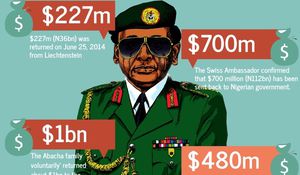 FW: There is no more stolen Abacha money in Switzerland 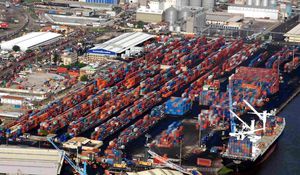 The problem with ports in Nigeria