FW: The Sarakis' are being investigated by Seychelles

Bukola Saraki and his wife, Toyin Saraki are being investigated by authorities in Seychelles over their multi-million dollar assets held through offshore shell companies in tax havens.

Financial intelligence operatives are looking into the suspicious use of offshore shell companies by the Sarakis'. According to them, there is a possibility that the transactions undertaken with these companies were used to launder funds or carry other other suspicious activities.

What is this about?

In 2016, assets found to belong to the family of Bukola Saraki were uncovered in offshore territories. The Senate President had failed to declare these assets to the CCB (Code of Conduct Bureau) as required by the Nigerian law. Saraki denied links to these assets, claiming they belonged to the family of his wife. However, his denial was unconvincing as there’s a possibility that he only used his wife as a front.

Some weeks after the Saraki’s were exposed for owning these undeclared assets in violation of the CCB, detectives from Financial Intelligence units of these countries gathered documents to investigate. However, the status of the said investigation is still unclear as there has been no recorded update since 2016.

The CCT (Code of the Conduct Tribunal), on the other hand, slammed Saraki with charges around these assets, accusing him of false asset declaration, acquiring assets beyond legitimate earnings and operating foreign accounts while being a public officer (Governor and Senator).

Why is Seychelles suspicious?

For a lot of reasons.

For starters, when Toyin Saraki registered Sandon Development in Seychelles in 2011, she listed one Babatunde Morakinyo, a long-term friend of Bukola Saraki as a shareholder alongside herself. Mr Morakinyo, who also doubled as an aide to Saraki was identified by the Economic and Financial Crimes Commission (EFCC) for laundering billions of naira in suspected bribes from the Paris club refund to Nigerian states in 2017.

Also, nothing spells suspicious more than an undeclared company with concealed identities of the real owners.

While Seychelles is still carrying out its investigation on these assets tucked away by the Sarakis’, it should be noted that the CCT found Bukola Saraki not guilty of all the 18 counts of false assets filings brought against him around the same assets by the Nigerian government in 2017.

The Government later challenged the ruling at the Court of Appeal, which affirmed the conclusion of the tribunal on all but three counts in a 2018 ruling.

The Senate President further appealed the decision to the Supreme court.

As we wait for the supreme court’s Judgement around this case in July, we also wait for the concluding report of Seychelles investigation into the suspected Money laundering charges. 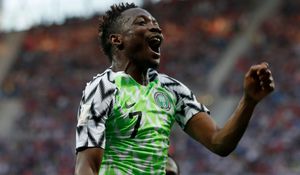 How to win the World Cup 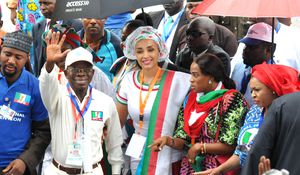