FW: Why did the Nigerian budget take so long to pass?

After a six-month delay, on May 16, 2018, Nigeria’s Senate finally passed the 2018 budget. The budget was approved after the Appropriation Committees of the Senate and the House moved for its consideration.

However, President Muhammadu Buhari still has to assent to the 2018 budget before it becomes law.

Why was the budget delayed?

The delay with the budget started with its defence presentation to the lawmakers on December 19th, 2017 by MDAs (Ministries, Departments and Agencies). The Senators discovered that many MDAs did not have appropriate documents and others had duplicated items in a bid to inflate allocation for their institutions.

The Senate also claimed that a number of MDAs did not come to defend their budgets when summoned. Others sent their junior staff who were unable to defend the items in the budget.

During a debate on the general principles of the budget, the lawmakers also seemed to have many reservations about the appropriation bill and critiqued the estimates:

“We need to point out that some of these MDAs are of no consequence or adding no value in Nigeria so that we don’t keep spending money on them. Because that way we will be able to reduce the ratio between the capital and recurrent and of course reduce the deficit. And I hope the government will listen to such exposure and be able to do away with such agencies” - Ike Ekweremadu, Deputy Senate President.

The lawmakers also want to repeal the laws setting up some of these agencies, the idea being to stop wasting resources on them.

They also raised issues from the 2017 budget. They did not seem to understand the insistence on passing the 2018 budget in January when less than 50% of the previous year’s budget had been implemented.

“How can we approve the 2018 budget without knowing the performance of the 2017 budget? From the recent budget defences, it seems like the MDAs are not ready. Year in, year out, the budget performance is low” -  Senator Solomon Adeola.

All the controversy around the 2018 budget made it difficult to move Nigeria to a January to December fiscal year. Doing this is yet again not feasible as there was no way to pass the budget early.

What are the highlights of the ‘new’ budget?

President Muhammadu Buhari in November 2017 presented a proposed sum of N8.6 trillion for the budget. He had suggested N3.5 trillion as non - debt expenditure, and 2.4 trillion for capital expenditure.

However, in the confirmed bill, the lawmakers raised the budget by N500 billion, increasing recurrent and capital expenditure to N3.49 and N2.86 trillion respectively.

The chairman of the Senate Appropriation Committee said the N500 billion increase was motivated by the decision of the lawmakers to raise the oil benchmark from $47 to $51. On what the additional fund is expected to cover, the Chairman of the Committee says it will be used to improve some critical sectors as stated below -

The Independent National Electoral Commission (INEC) got a smaller allocation than in 2017. While N45 billion was proposed this year, last year it received N45.5 billion.

What about next year's budget?

Passing of the budget is almost always prolonged and complicated. And If history is anything to go by, Nigeria's next budget will not follow the January to December fiscal year pattern. 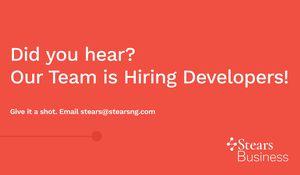 Stears is Hiring a Full-Stack Developer 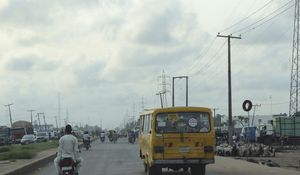