FW: Who is really the SDP Presidential flagbearer?

A high court in the Federal Capital Territory (FCT) on Friday, 14th December 2018, declared former Minister of Information, Professor Jerry Gana, the winner of the Presidential primaries for the SDP (Social Democratic Party).

The primaries which were conducted on October 6, 2018, initially declared the former Governor of Cross River, Donald Duke as its flagbearer ahead of the 2019 presidential election. The party concluded that Duke polled 812 votes while Gana did 611, however, Gana went to court seeking to be declared the winner in line with the zoning formula of the party’s constitution.

According to Article 15(3) of the SDP constitution, the party's national chairman and the president cannot be from the same zone. Considering that both Donald Duke and Olu Falae, the party chairman are from the South, Donald Duke’s win was crossed out.

In his judgment, Justice Hussein Baba-Yusuf held that the regulations contained in the constitution of the party are binding on every member and has to be obeyed.

“In this instance, the party’s Chairman, Chief Olu Falae, is from the South and Duke is from the South too; the law is clear; there is nothing to write in-between. The law has crystallized that political parties should abide by the regulations which they have made by themselves. The claimant laid sufficient evidence to have the judgment in his favour; it is a clear violation of the party’s constitution; the court cannot wave right over illegality,” - Hussein Baba-Yusuf

It is unclear what steps will be taken by Donald Duke regarding the judgment, but stakeholders have whispered that he is likely to appeal the case in the Court of Appeal or the Supreme Court. It also remains to be seen how disruptive and costly this confusion will prove to the SDP's electoral prospects. 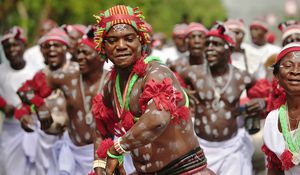 Is Tourism a smart investment for Nigeria? 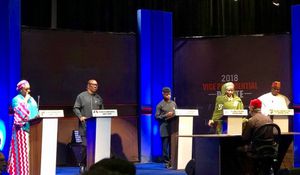