Yesterday, 30th April 2018, the U.S President, Donald Trump, hosted President Muhammadu Buhari at the White House in Washington DC. Both Presidents also had a joint news conference in the Rose Garden of the White House after their meeting.

Before the meeting, the White House had said that President Trump was eager to discuss ways of enhancing their partnership with Nigeria in areas of economic growth, fighting terrorism and building on Nigeria’s role as a democratic leader inAfrica.

Why is this meeting important?

The meeting is symbolic because President Muhammadu Buhari is the first African president to meet with Donald Trump since he assumed office as the president of the U.S.

Before then, Trump's popularity had not fared well among Nigerians due to his strict immigration policies and allegations that he said Nigerians would not want to return to their “huts”  if they were allowed to visit the U.S.

In light of the Trump’s administration’s perception of Africa, the meeting between Buhari and Trump may be the start of an opportunity to make amends and begin rebuilding a stronger relationship. Currently, the U.S provides training, intelligence and infrastructure to fight insecurity in Nigeria. Recently, it approved sales of 12 U.S Tucano fighter jets for Nigeria, to improve their ability to target terrorists. Interestingly, the approval for the sale is what triggered the National Assembly to threaten the President with impeachment.

What was the meeting about anyway?

Both presidents discussed the U.S – Nigeria relationship and further ways to strengthen it. Security, economic growth and leadership in Africa were the top agenda for the meeting.

On the economy, both parties discussed taking steps to remove trade barriers, as Nigeria is one of America’s largest trading partners in the region. President Trump also promised that the U.S. would invest substantially in Nigeria if President Buhari can create a level playing field, by fighting corruption and improving the business climate in Nigeria.

With Nigeria still far from defeating insurgents, there was also a conversation around insecurity in the country (Boko Haram and Killer Herdsmen). President Trump commented that Buhari is making the right moves in fighting insecurity in Nigeria and added that his administration will continue to support him.

What should we expect?

While It may be too early to predict what comes after this meeting for both countries, it is definitely a beginning to strengthening a partnership that will favour both countries in the long run. 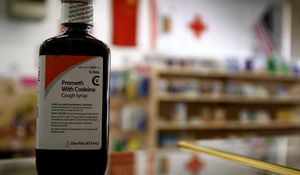 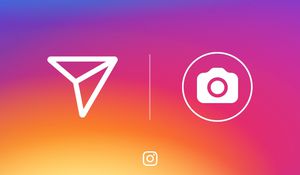 Rise of the Nigerian Instapreneurs