There is a turning point in any conflict that demands attention. In terms of the ongoing conflict between herdsmen and farmers in the middle belt of the country, that came on New Year’s Day, with the killing of at least 71 people in clashes in Benue State.

Research firm SBM Intelligence, have on several occasions raised alarms about the contest for resources in that area. This is driven in part by climate change, with itinerant Fulani herdsmen moving south to find grazing for their cattle, bringing them into direct contact with the farmland of indigenes. This contest for resources has turned an economic problem into a security challenge.

In justifying the actions of the herdsmen, Secretary-General of the Miyetti Allah Cattle Breeders Association, Baba Othman Ngelzarma claimed harassment and extortion by the guards tasked with enforcing Benue’s anti-grazing law and urged the state government to revisit it. He has also claimed that 200 herdsmen and 2 million cattle have been lost by the association.

The middle belt, like large parts of Nigeria, is gradually descending into a Hobbesian state where people resort to self-help to secure their lives and property because of government's failure. Even when justice is served, it happens too slowly.

Contrast the government's attitude to the killings in the area to the way they have dealt with IPOB, the Shiites, and Niger Delta militants. It begins to look like the herdsmen have been given considerably longer rope than other groups whose activities are deemed to threaten the country.

For IPOB’s activities, there was Python Dance. For the Niger Delta, Operation Crocodile Smile was just the latest. Till now, there has been no coordinated security response to the activities of the herdsmen. It is bound to raise questions and conspiracy theories.

In 2015 alone, analysis by SBM Intelligence indicated that over 2,000 lives had been lost as a result of clashes between herdsmen and farming communities. A coordinated response did not materialise. Thousands more had to die to bring us to this point. This kind of approach does further damage to the security credentials of the Buhari administration, elected in part because of its anticipated security expertise.

As it stands, there is no federal law regulating grazing activities in Nigeria. This has led to some state governors like Ayo Fayose to pass a bill against open grazing in Ekiti State, even arresting a cow at one point. Ortom in Benue has put in place a similar law with support from Fayose, which has not gone down well with the Miyetti Allah.

The closest being proposed is the Grazing Reserve Establishment Bill 2016 which does not appear to solve the problem of conflict between herdsmen and landowners. In section 20, the bill empowers the commission, once set up, to take land for the purposes of grazing and pay compensation, whether the community involved like it or not. You can read the bill here.

Is it an Economic or Security issue?

Open grazing is cheap. If the herders had to pay the market rate - or anything close to it - for the resources they use, their meat would cost more, making them less competitive relative to other sources of protein. It could very well price them out of the market entirely. This is one reason they are prepared to do battle with farmers for access to those free resources or pay enforcers to do it.

In the event of the establishment of grazing reserves, the maintenance funds might be handled by the states. But with many non-viable states, it would be difficult, and federal support would be necessary. The herdsmen, many of whom do not own the cows, would have to pay a fee, no matter how little. And nothing beats free.

The continuing violence could then be viewed as a bargaining chip, to put the Miyetti Allah in a stronger bargaining position. Their requests could include free grazing on designated public lands, and/or some other form of financial support for meat producers that ends their nomadic herding, which has increasing social costs.

The immediate issue now is a swift return to law and order by arresting and prosecuting those who have already taken so many lives, and preventing further attacks. But, a more comprehensive solution would include passing a grazing bill that addresses the economics of an end to nomadic grazing, and reconciliation between farmers and the Miyetti Allah.

These solutions must be pursued quickly. Growing violence in the Middle Belt, in addition to the Boko Haram insurgency and agitations in the Niger Delta and South-East, would stretch an army that is already engaged in 32 of 36 states. Is that really what this administration wants a year before elections? 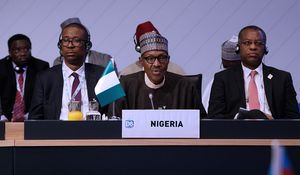 Nigeria and the failure of Foreign Investment 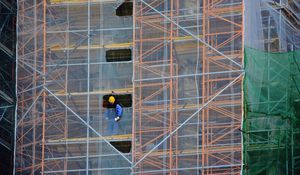 Four charts that show how Nigeria's economy has improved

Could the coronavirus catalyse healthcare funding in Nigeria?