How can Nigeria's cities deal with migration from rural villages?

The recent renaissance of Afrofuturism as a prevailing theme in popular culture cannot be ignored. It’s had a heavy hand in film and literature. Artists and filmmakers are producing visualisations inspired by the Africa of the future, which attempts to imagine what a developed and urbanised city would look like. They are purposely wildly optimistic, utopian, with almost science fiction influenced imagery. The Wakanda like scenes depict everything from high-speed monorails to energy generating buildings.

With the rise in GDP rates of her countries, it is no wonder Africa’s development is being projected in such a positive light. However, African cities need to deal with today’s rapid urbanisation rates before we’re moving around in flying cars.

The Challenge of Urbanisation

The commercialisation of ports and rapid industrialisation around the 1960s meant that many Nigerians began to move and seek employment opportunities in commercial and civic centres.

As Nigeria’s economy grows so does the challenge of planning her cities to adapt. The problem is that many parts of these growing cities are neglected but still growing at an alarming rate. According to UN-Habitat, 62% of Sub-Saharan Africa’s urban population live in slums with Nigeria’s largest slum settlements being Ilaje, Shomolu, and of course the infamous Makoko.

Urbanisation affects the everyday life of Nigeria’s arguably 180 million inhabitants, just as much as it’s climate, economy and political factors do. The World Bank estimates that as of 2017 the population of the sub-Saharan region living in cities is 39% - with Nigeria reaching as high as 49%. That’s almost half of our population concentrated in our urban areas. It is expected according to UN-Habitat, that the urban population in Africa as a whole will triple in 50 years, transforming the entire profile of the region. Can our cities cope with these changes?

One way to deal with rapid urbanisation is through public-private partnerships. On the public side, the focus should be on housing regulations, eradication of slum dwellings and the planning principles that facilitate this. The government should create an enabling environment for private developers who can provide the high-cost investments that infrastructure projects demand. They can be incentivised financially, or through legislation, to invest in sites that are in need of economic redevelopment and rehabilitation. There have been numerous cases of successful slum eradication in Brazil and South-Africa for instance, utilising these public-private partnerships.

Partnerships or not, Public capital spending needs to be increased to address the country’s infrastructure gap. In Lagos, congestion has become synonymous with the city itself. Road networks are insufficient and inadequately built. And it isn’t uncommon for drivers to spend 3-4 hours in traffic getting to or from work during rush hour. Roads are mostly too narrow and not fitted with proper drainage systems – rainy season can become a nightmare.

One thing to remember is that we cannot tackle city planning with a one size fits all approach. Planners should understand the nuanced way Nigerians live. For instance, one must accommodate the diversity of livelihoods pursued in a typical Nigerian city as well as embrace and understand our cultures. We cannot ignore informalities specific to our settlements such as local street food sellers, hawkers, vendors, and artisans. Space must be created for them too

Abuja is one example. Its master plan was designed in the 1980s, (based on The Garden City Principle, a western concept of an urban core centred around low-density development and landscaping) with as much as 32% dedicated to green areas and open space. This plan missed the mark by failing to take into consideration not just informality, but also the culture of neighbourliness and close social interaction Nigerians have with one another. This has caused the development of unregulated settlements such as Mpape, significant loss of green areas, and distortions due to land use conversions. It’s almost as if the city is trying to break out of the lines to which it has been confined to. The Abuja master plan is under distress and is well on its way to becoming another failed attempt at planning.

Its one thing to plan but the implementation is vital. The failure of Onitsha for example, which started out as a planned city but due to the neglect of the sectoral plan and the total abandonment of the physical planning led the city into a spatial and environmental mess. So much so that it was ranked the world’s most polluted city in terms of the air quality and in solid waste by W.H.O in 2016. Onitsha could have been easily controlled with consistent and strict implementation. Proper and accountable leadership can also play a part in giving cities identity and better management

If poorly managed, the challenge of urban growth will compound the numerous existing issues that Nigerian cities face and push us further away from that projection of the utopian city of the future. If moving forward, reforms are well managed, inclusive of citizens opinions, specific in their approach to planning, and open to partnerships, we’ll be able to create urban areas that are a lot more resilient to the type of change associated with urbanisation. 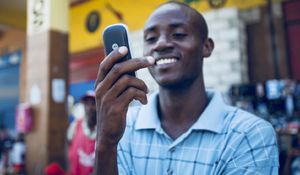 Competing in the Knowledge Economy: Data is the New Oil 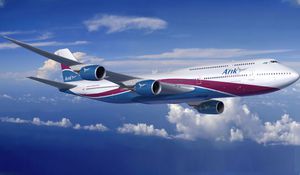