The value of successful founders on growing African businesses.

One exciting narrative about Africa in recent years has been its growing tech startup community. The industry has grown from attracting funding worth $300 million in 2015 to $2 billion last year.

While the sector is still young compared to peers in more developed regions such as North America and Europe, the first set of African tech entrepreneurs who helped fuel this growth are fighting with unenviable odds. Only four African countries fall within the top 75 in the World Bank’s Ease of Doing Business rankings.

To position Africa’s tech sector for sustained growth, we must share lessons learned from the experiences of these founders with less experienced and aspiring entrepreneurs.

Kayode Oyewole, Partner at Ventures Platform, an investment fund focused on early-stage startups agrees. He talks to me about mentors. "Mentorship is important as the right mentors can open founders up to the right networks, partnerships and typically help them around recruitment, managing the team and scaling operations.”

In a separate conversation, Co-founder of Andela and Flutterwave, Iyin Aboyeji explains his experience.

“In building Andela, I was lucky to work with Jeremy Johnson [a serial entrepreneur and CEO of Andela]. He is one of the most experienced founders out there, and his experience helped us navigate through challenges building Andela.”

In Nigeria, entrepreneurs are accustomed to the unstable business terrain that tricks startups. Recurrent economic shocks such as foreign exchange scarcity, multiple taxation, and recessionary pressures are more familiar to experienced founders, who have likely navigated through these shocks.

Passed-down experience has been a fuel for the growth of entrepreneurship communities.

Bangalore, India’s silicon valley city - with a population almost the size of Lagos - has produced some of the most successful startups in the world. Bangalore’s success can be traced back to 1981.

Then, Nagavara Murthy founded Infosys, an Indian-based technology consulting firm. Today, former employees of Infosys have gone on to create almost 200 companies in the city.

Endeavor Insights found that, in Bangalore, founders who succeed at building successful companies often reinvest into the community by supporting former employees who launch their own firms.

This has resulted in a highly productive Indian entrepreneurship ecosystem.

The study measured the productivity of seven cities with startup clusters by comparing the ratio of companies in the ecosystem that had successfully scaled.

It found the Indian entrepreneurship community to be the most productive - with 6 in every 100 startups successfully achieving scale, i.e. growing to employ 100 people.

The commercial capital of Tanzania was rated as the least productive entrepreneurship city studied. This was partly attributed to the fact that Dar es Salaam had the least proportion of experienced founders (39%) in the cities studied.

Endeavor’s study of Dar es Salaam showed that most experienced founders in the city did not actively support local entrepreneurs.

The next least productive cities which were Kampala and Nairobi, also had their share of experienced founders at 42% and 40%, respectively.

The dynamics in Nairobi are also noteworthy.

In Nairobi, only 1 in 100 startups successfully scale. Unlike in Bangalore, startups in Nairobi receive more support, investment and mentorship from international donors and government organisations than from experienced founders.

The study attributed Nairobi’s low productivity to the fact that bureaucrats, who did not have significant entrepreneurship experience, largely supported its tech ecosystem.

This entrepreneurship experience story can also be found in Silicon Valley. High-impact businesses such as Tesla, YouTube, LinkedIn and Yelp were all founded by former employees of PayPal.

In Nigeria, the story on the impact of entrepreneurship experience is still being written. The tech entrepreneurship community is still young - the last ten years birthed more than 90% of companies in Lagos’ software sector, and over 70% were founded less than five years ago.

However, we are witnessing some exciting trends.

Former employees of startups in Andela, Helium Health, Jobberman, PayStack and Interswitch have gone on to found or co-found Eden, PayStack, Bamboo, Voyance and GladePay, respectively.

Iyin co-founded Andela in 2014. While building Andela, he observed problems with making payments across Africa. A desire to solve these problems led him to co-found Flutterwave. Flutterwave has been in operation for only four years but already valued at over $100 million (about ₦40 billion).

The knowledge from building one venture is valuable when trying to scale another. Iyin explains "I learned a lot about fundraising, sales and partnerships, brand building and market assessment from my time at Andela. I brought all those experiences to Flutterwave."

Similarly, Sim Shagaya founded eMotion Advertising in 2005. Seven years later, he used his experience from that venture to build Konga, one of the largest Nigerian e-commerce companies. Presently, Sim is building uLearn, an ed-tech startup that recently raised $3.1 million to provide high-quality, affordable education to students across Africa. 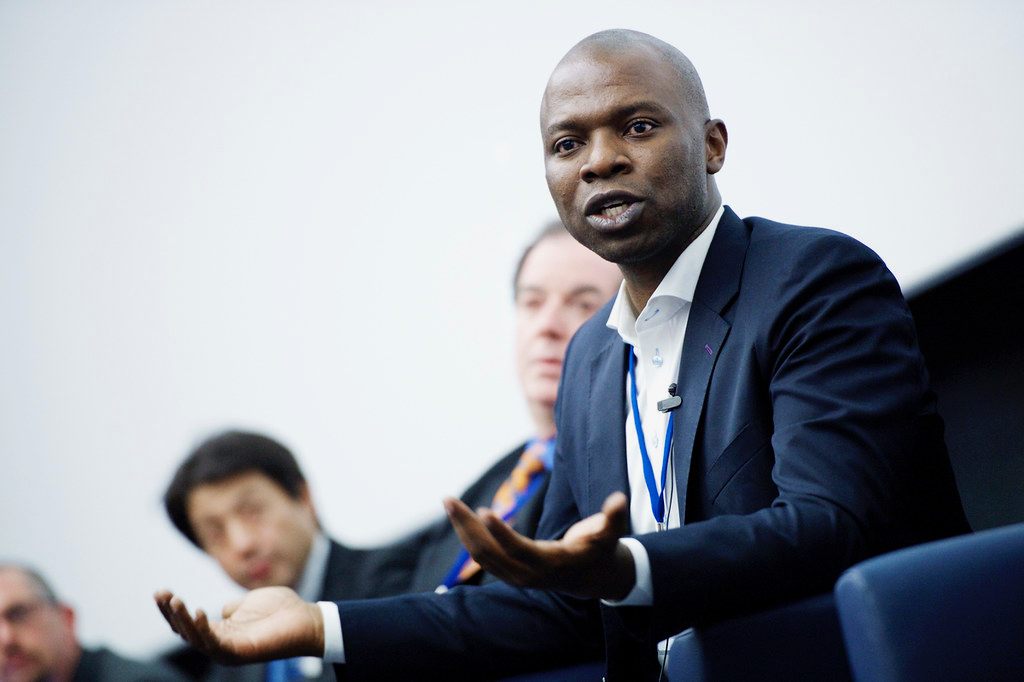 Former founders also support the ecosystem by lending their credibility for fundraising events. Foreign investors sometimes rely on entrepreneurs who have successfully scaled a company in Nigeria to evaluate a potential investee.

One founder explained that merely putting a reputable and experienced founder in the copy of an email to investors was an effective conversation starter.

Ayokunle*, the CTO and co-founder of an ed-tech startup sees the value in having mentors while fundraising. He says “When fundraising, it is helpful to have mentors who understand the process. Some founders are giving away too much equity. Mentors can give valuable advice around how much equity to give out and when to walk away from certain investment deals.”

Ayokunle, who regrets not having a mentor in his three years as an entrepreneur, advises tech entrepreneurs to seek one. “Some tech people believe that they can travel the journey alone or that mentors are for those in marketing and sales, but that is wrong. It is alright to read up what happens in Silicon Valley, but the realities in Nigeria are different.”

He said that advice from experienced founders had saved his startup thousands of dollars. He gave an example. “Our platform stores, processes and displays certain data of students between 12-14 years in the US and Nigeria. An experienced founder advised us against exposing certain data fields of these students as American Federal law allowed such a student to sue us if we did. If it weren’t for that piece of advice, we would have walked into a serious lawsuit.”

Entrepreneurs also support the ecosystem outside of being a direct mentor.

Generally, many Nigerian founders actively share their experiences at tech conferences and webinars, on personal blogs and social media. For instance, Mark Essien and Jason Njoku, founder and CEO of IrokoTV,  each maintain a blog where they share their thoughts and experiences.

Practical support for the ecosystem

Mark Essien, the founder and CEO of Hotels.ng, launched the HNG Internship program, which provides a free three-month software engineering internship for Africans who want to learn to code.

All applicants are welcome to the program and assigned a task.

However, applicants get eliminated if unable to progress, while graduates have gone on to work at high-impact ventures such as Konga, Andela, Hotels.ng, Flutterwave and even here at Stears Business.

Another example is Future Africa; an innovation fund founded by Iyin and created last year to provide coaching and investment for African startups.

Future Africa helps startups identify co-founders or talents, depending on their needs. It also has a research function to identify new potential markets for startups.

Opportunities to obtain an audience with corporate partners such as banks and telecommunication companies are more readily available when working with reputable partners.

Having worked closely with banks, telcos and other organisations, Future Africa can pitch startups’ market offerings in a way that highlights the value to these potential partners.

In addition to coaching, Future Africa has already invested in 21 African startups. 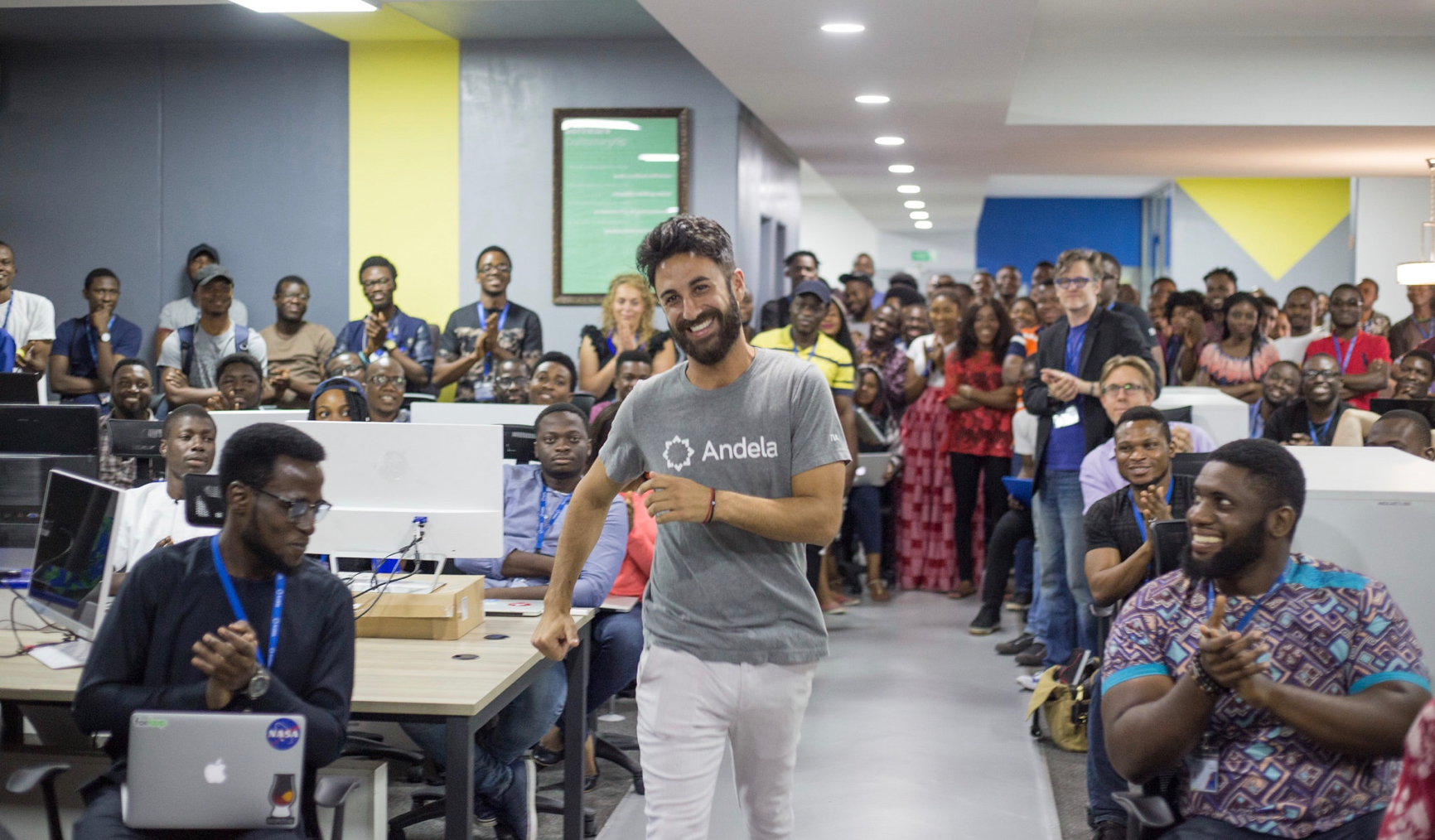 Experience is not a magic potion

However, experience is no silver bullet, and these benefits should not be overstated. The founders of Google, Amazon, Pinterest, Dropbox, Buzzfeed and Apple were all first-timers.

A 2014 study of 8,400 ventures by the Center for European Economic Research found that previous entrepreneurial success does not necessarily increase the likelihood that a founder will succeed.

One possible reason the researchers gave was that entrepreneurs could have learnt harmful lessons from their earlier ventures. For example, although being optimistic is helpful at the early stages of a business, failed entrepreneurs can mistake unwarranted increased commitment for tenacity.

Iyin echoed this sentiment. “Sometimes, experienced advisers are not happy when you ignore their advice based on superior or more current information. Experienced founders have to consider what may have changed in the landscape that renders their advice useless,” he says.

Still, the prospects for the strength of the Nigerian entrepreneurship community are strong.

Some Nigerian startups are planning exits in the next few years. These events should provide experienced entrepreneurs with more capital and maybe even more time to support younger startups.

The tech entrepreneurship community is vibrant with promise. Nigerians should be hopeful that not only will it employ our burgeoning population; it will also birth an increasing number of successful companies. 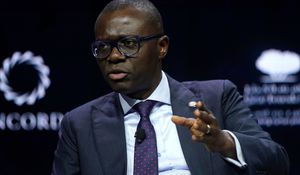 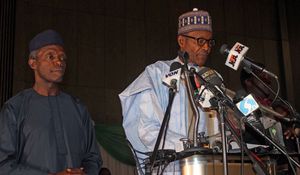