Nigeria urgently needs to improve school standards to reverse years of decay in education and prevent the sector from falling further behind our peers. The Nigerian education system has undoubtedly failed millions of children and we need systematic change across the country to redress the problem.

The BBC reported that Nigeria has the highest number of children out of school in the world at over 10 million. A rising population has put enormous pressure on already overstretched public services, with 22 million children enrolled in public primary schools alone showing the burden on under-funded state schools.

Successive governments have introduced policies to improve access to education in the country. Obasanjo introduced the free Universal Basic Education (UBE) scheme in 2004 and the Buhari administration launched a free school meals program that has fed seven million students in 40,000 schools so far.

However, more students enrolled in schools has not translated to improved quality of education. Instead, the attainment gap between students attending state schools and those at fee-paying schools has widened. It is not unusual to find students sitting in under-furnished or over-populated classrooms.

Public-Private Partnerships (PPP) could be a partial solution, one we have seen successfully adopted in developed and developing countries. Although PPP’s come in various forms, school vouchers have been particularly successful. Under this scheme, each parent receives a subsidised voucher to spend on a place for their child in either a state or private school. Ivory Coast, Bangladesh, and some South America countries have introduced school voucher scheme. In 1991, the Colombian government launched the ‘PACES’ voucher scheme to improve access to secondary school education and expand the private provision of public services.

Charter schools are another example. The government retains ownership of the school while daily operations are contracted to private sector management. Charter schools have improved attainment for children from poorer and disadvantaged areas in American cities such as New Orleans and Chicago. In 2016, Liberia took a robust decision to convert 90 underperforming primary schools into charter schools after the Ebola outbreak and years of civil war.

Ark, an education charity, suggests that PPP’s enable the government to increase access to quality education and reduce inequalities at the same time by using private sector efficiency to reduce the cost of running public schools. Depending on the degree of autonomy given to private education providers, PPP’s can drive innovation in the way schools are managed, thereby improving the overall quality of education provided to students.

Meanwhile, Nigerian commentators often argue that hiring decisions are based more on politics than competency. For instance, the decision of Governor El-Rufai of Kaduna State to dismiss more than 20,000 teachers for failing the exams they set for their ten-year-old students was met with public outcry. This was a bold decision taken by the governor to improve public schools in the state, one that weakens his re-election bid, and should be an example for other state governors courageous enough to follow. In contrast, private schools can—and should—dismiss incompetent teachers without the same kind of pushback.

Private sector involvement in school provision is not alien to Nigeria. For example, private sector providers are involved in day-care to tertiary education provision. Covenant University, a private Christian university, was named the third best institution in Africa for computer science in 2018. At the same time, public primary and secondary schools in Abia state, were closed in April because the state government was unable to pay salaries owed to teachers.

The private sector can definitely do better than the current state of under-funded and forsaken state schools. At the very least, the government should defer to private sector management as they tend to value choice and innovation in a market setting.

And how should the government raise funds for PPP schools? Tax private schools and local businesses and ring-fence this pot for PPP schools. Local businesses would benefit in the long run, as they can employ better educated young people with the skillsets to improve the local economy. If properly implemented, PPP schools engender competition between private schools and state schools, encouraging both groups to invest the resources needed to improve the learning outcomes of students.

The Nigerian government can no longer fix education on its own; it needs private sector help in improving education for all. 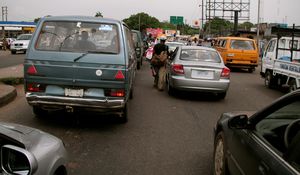 Insurance in Nigeria works better than you think 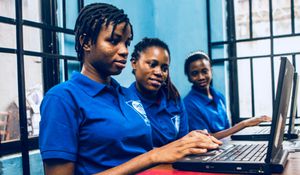 The struggles of Nigeria's internet industry