Banks keep your money but Piggyvest helps you save.

Piggyvest was one of five (5) startups that showcased at the Stears FinTech Summit in July 2018. You can see pictures from the Summit here.

Disruption has been a buzzword in recent years, never more so than in banking since the rise of FinTechs began threatening the status quo. But, do they? At times, the narrative seems exaggerated, especially for us Nigerians.

As I chat with Odunayo Eweniyi, co-founder of Piggyvest an online and mobile savings platform, I am struck by the simplicity of the startup’s approach.

Even though Piggyvest has grown into one of Nigeria’s leading FinTechs by making it much easier for Nigerians to save, Odunayo is wary of the idea that there has been a revolution. “People have always used piggy banks, we just improved it,” she says matter-of-factly.

Odunayo is quick to dismiss the myth that Nigerians do not earn enough to save. “The average 'piggy banker' earns ₦150,000 a month, but we have people at all ends of the spectrum saving,” she explains. Piggyvest’s experience suggests that even Nigeria’s poor are saving the little they can – users on the platform save as little as ₦5,000 or as much as ₦500,000 in a month.

One Piggyvest feature that may be helping this broad saving habit is Safelock, which allows users to set aside money for a fixed period of time without access to it. The feature mimics a physical piggyvest by storing savings in a way that the saver can’t access it. At the same time, Safelock works like a standard fixed deposit account as users can earn interest of up to 25% in 1000 days. 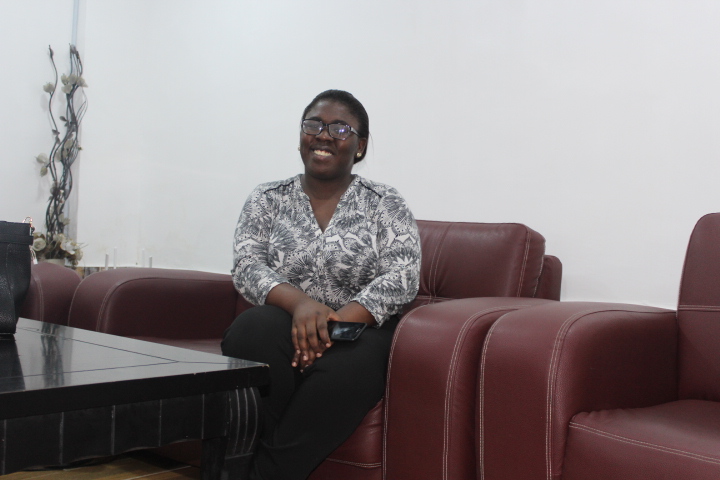 Odunayo reveals that savings are invested in “treasury bills and bonds”, traditionally safer assets. She clarifies that the company is not a peer-to-peer lender. “Right now we don’t loan them back to people because we don’t have a loan feature yet.”

This stated ambition puts Piggyvest in good company with Fintechs that believe they can disrupt traditional banking. Odunayo does not reject the idea as she sees banks as their long-term competitors. “Essentially, what we will become is this bank of the next generation where we have all forms of services plugged into Piggyvest. We want to be that link to access all these markets” she tells me.

One advantage these FinTechs have over traditional banks is how they leverage customer preferences. In particular, young people are generally more tech savvy and will likely go for digital services that speed up and make transactions easy. “No matter how much the traditional bank makes their services easier there’s always paper involved. Even if you open the account on the phone, you still have to go to the bank. With Piggyvest, if all your information is correct, you only need to interact with us through the phone,” Odunayo asserts.

She also emphasises the culture of doing business. One example is the prevalence of charges for banking in Nigeria. Nigerians often complain about the different charges – card maintenance, SMS fees – banks charge, and Piggyvest has been careful to be transparent about its charges. “We don’t have hidden charges. Everything that happens within the account is logged there, and whatever charge anyone is going to bear is only the withdrawal charge,” she says. Interestingly, the only charge a user can expect to bear is a 5% levy on any amount he/she withdraws before the specified date. Consider that the cost of breaking open your piggy bank at home. 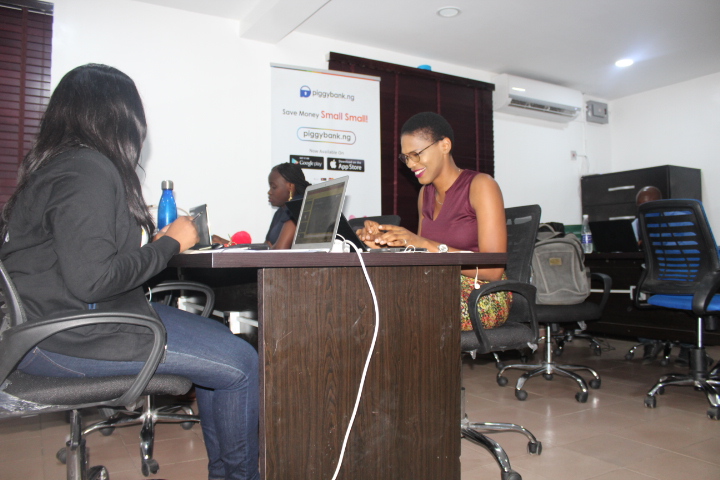 In general, startups like Piggyvest understand that more than ever that the user is king. Naturally, a lot of effort is put into understanding those users. Unsurprisingly, a lot of those users are “millennials” though Odunayo is quick to clarify that the target market is “anybody that has a smartphone and wants to save”.

Odunayo believes that Piggy Bank and other FinTech platforms have only scratched the surface of this available market, a fair sentiment given data on Nigeria’s youth population and financial inclusion. “I can say that with 55,000 users we haven’t even scratched the surface of the market. In the next few years, we’d consider that we are successful if we have at least 3 million active savers on our platform,” she says.

For now, efforts are directed toward creating a better product, anchored on the belief that the market is there. Again, here, customer preferences matter. At every point in the process, users are asked to leave comments on their experience using a feature or registering for something. The team often creates polls and random surveys for users too, to gather information on their needs. “We rely heavily on customer feedback. We gather data through the feedback to lead product direction so that we not just building things we imagine they want, but what they actually want,” she explains.

All of this customer interaction means that Piggyvest collects a large amount of data. But data collection and analytics are merely the first steps. How is the data used? “For the most part, at every step of the Piggyvest process, including how they use the platform, we collate the data for product direction,” she reveals. For them, the data is part of an invaluable cycle of product innovation and customer feedback. “It is necessary for us to know what they are using the platform for and how they are using it.”

I can tell that this process is key to what Piggyvest is trying to achieve and speaks to their philosophy of understanding what drives Nigerians to save. “It was through monitoring users we realised that most of them save so that they can invest their money,” she remembers. Now, the company is looking to partner with investment firms to serve users better.

In this age of privacy (or anti-privacy), Odunayo assures me that the company does not give out user data, but admits that data sharing is a possibility – and opportunity – in the future.

Ultimately, if this happens, Odunayo knows it will follow the same simple principle that has worked so far: customer first. As she says, “Customer experience is important because your tech can be as good as anything but if the customers don’t know how to use it or have issues then what’s the point?”