Is Tourism a smart investment for Nigeria?

This December, over 2 million people from 25 states in Nigeria and 30 countries will attend the Calabar Carnival, the marquee event of the city's month-long annual festival. Instituted by the former Cross River Governor, Donald Duke, the Calabar Festival is the poster child for Nigerian tourism.

It will also cost the Cross River state government over ₦4 billion.

Of course, if this investment returns billions more in economic activity for the state, then it may be money well spent. For example, the Cross River Garment Factory anticipates a rise in demand due to the carnival and will release a clothing line specifically for the event. These kinds of opportunities could mean increased employment and revenues not just in the businesses that cater to tourists, but to their suppliers as well. These indirect effects are sizable. In 2017, Nigeria's travel and tourism sector directly employed 1.2 million people but indirectly supported an additional 2 million jobs through industries like construction and food processing.

However, the sector is still relatively underdeveloped. The World Travel & Tourism Council estimates that travel & tourism accounted for 1.9% of Nigeria’s GDP in 2017, and expenditure by foreign visitors was about 2% of total exports (tourism is classified as a services export). The Economic Recovery and Growth Plan (ERGP) aims to improve this in the hopes that doing so will boost foreign reserves, create jobs, and increase government revenues.

While this is a laudable goal, we need to be realistic about its likelihood of success. In 2006, the Federal Government launched an ambitious tourism masterplan formulated by the UN World Tourism Organization (UNWTO). It involved the development of five tourism clusters, distributed evenly across the country. Each cluster would feature flagship tourism projects such as cultural resorts, conference centres or historical landmarks, and were designed to attract various demographics including business travellers, leisure seekers, and domestic tourists. A decade later, however, much of the plan has not been implemented, and the Ministry of Information and Culture inaugurated a committee to review the plan and seek new ways forward.

Hopefully, this time will be different. But perhaps we should take a step back and ask, what do we gain by boosting tourism? What will doing so cost us? And given the answers to the last two questions, should investing in tourism be a priority?

A common argument for investing in tourism is its foreign exchange earning potential. This is one area that Nigeria has struggled with; in 2017, foreign visitors only accounted for 7% of travel and tourism spending. By comparison, this figure was 40% in Ghana, and 62% in Rwanda. To improve this situation, the EGRP aims to raise the number of foreign tourists by 10% every year.

But is tourism the best way to boost foreign reserves? As with other exports, Nigeria is competing with products from other countries, in price, quality, and uniqueness. Unlike other exports, however, tourism requires customers to be physically present to consume it. This brings an additional layer of uncertainty to the business of tourism and returns on investment because people may decide not to visit for reasons outside our control. The product may be right, but that won’t matter if the environment is not.

The United States classifies Nigeria in its 2nd highest risk category, and 19 Nigerian states are considered risky destinations by the UK government. We could try to overcome this by directing tourism to more secure parts of the country, but our security issues are resolved, foreigners are more likely to listen to their governments than to us.

Therefore, if we hope to diversify our exports away from oil, tourism may not be the wisest choice. The money we would need to spend to convince foreigners to come here could be better spent improving the export prospects for other manufacturing or service industries that do not face this hurdle.

Even if tourism is not our best bet for earning foreign exchange, it could still play a role in diversifying the economy. It seems that young Nigerians are more willing to travel within the country than their predecessors, and last year, the Nigerian Tourism Development Corporation (NTDC) launched the "Tour Nigeria" campaign aimed at boosting domestic tourism.

However, the Tour Nigeria campaign is solving the wrong problem as it is based on a misconception that Nigerians are unwilling to travel within Nigeria. While this may be true of the wealthiest Nigerians who are more likely to go abroad, the story is different for the bulk of the population. Leisure travel is a luxury good, and most Nigerians do not have enough money to spend on tourism. Coupled with the deficiencies in the transportation sector, we cannot expect domestic demand to support a robust tourism sector. For Nigeria, investing in domestic tourism is unlikely to lead to higher incomes. Instead, higher incomes will lead to more tourism.

Although tourism may not yield significant economic gains, that doesn't mean the sector should be abandoned. Cultural preservation is important. For example, some of the Benin Bronzes will be loaned to Nigeria in 2021 contingent on the completion of a Benin Historical Museum beside the Oba's palace in the Edo State capital. And our national parks are home to many ecological features unique to Nigeria that it would be a shame to lose them.

Until we can fix the underlying issues holding us back from a booming tourism industry, we could set ourselves a more modest goal. If tourism generates enough income to support the preservation of our culture, history, and ecology, then we should consider it a success. 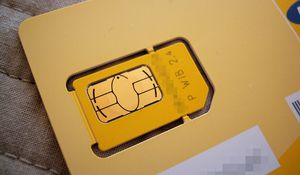 Nigerians love free things, but this comes at a price 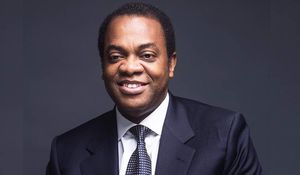 FW: Who is really the SDP Presidential flagbearer?