Jumia’s position as an “African” company listed on the world’s most prestigious stock exchange has been hailed as a landmark for technology businesses on the continent. Meanwhile, MTN Nigeria’s (MTNN) listing is the most significant development on the NSE in the last half-decade and has been touted as a sign of things to come.

At first glance, these developments—two Nigeria-focused technology businesses becoming public companies—are pleasant developments. They herald the maturity of the Nigerian technology space and could be interpreted as proof that the Nigerian market is viable to support billion-dollar technology companies.

However, amid the euphoria, it is essential to reflect on the cost of success in Nigeria, a business environment better-known for its harshness than for incubating unicorns.

It is important to learn the right lessons from the successes of Jumia and MTN.

“Bring your own infrastructure”

Businesses in Nigeria are plagued by a plethora of ills, and only a few learn to thrive in the minefield that is the Nigerian business environment. Many of the challenges have been discussed at length: inadequate infrastructure, shortage of cheap financing opportunities, a harsh regulatory environment, etc.

Perhaps the most critical challenge is infrastructure, which makes doing business in Nigeria incredibly tough and more expensive than in other countries.

As an e-commerce company operating in countries with nations with deficient logistics, delivery, and digital payment capabilities, Jumia had to modify its approach to succeed. As noted in its prospectus, the company adapted to the local environment and reduced the African continent’s geographical fragmentation by creating its own logistical infrastructure.

To achieve this, the company developed a model which involved building a fleet of delivery trucks rather than relying entirely on different logistics partners as is the norm in other parts of the world. Although this approach was not unique to Jumia in the local e-commerce industry, it was a critical factor in its success, as the approach enabled the company to circumvent the conventional logistical method, which is inherently fraught with problems.

Similar to its unconventional logistical approach, the company also adopted an unusual payment approach by developing its own payment system rather than simply plugging into existing payment systems as is often the case with e-commerce companies in other regions. Low banking penetration and the existence of only a few reliable payment systems on the continent, evidenced by the low level of card penetration and reliance on cash for transactions on the continent, convinced the company to take this route. The payment innovation has been mostly successful as by 2018, over 54% of transactions on the platform in Nigeria and Egypt were completed via JumiaPay.

Perhaps most importantly, in contrast to similar e-commerce companies, Jumia adopted a strategy of operational and geographical diversification. Unlike its closest competitor in the Nigerian market, Konga, which decided to focus on its e-commerce activity; Jumia created a portfolio of companies operating in several business sectors including food delivery, classified websites, and payments, all of which were united and rebranded under the Jumia name. Furthermore, the company’s strategy of operating in several markets helped it reduce its exposure to risks inherent in individual markets. For instance, while Nigeria’s currency devaluation in 2016 resulted in a valuation drop for Konga, Jumia’s presence in 23 countries at that 2016 helped the company mitigate its exposure to the Nigerian market and successfully navigate the turbulent period.

All of these were not without a cost, however. The company’s most recent financial statements show that over $22m was expended on technology while the $86m recorded as general and administrative expense was almost double the company’s gross profit in the same period. Overall, the company remains unprofitable and has racked up nearly $1billion in losses since 2012. Few companies can absorb this type of financial outlay—hence the fate of Konga—and it illustrates the link between infrastructure, the business environment, and the risk of business failure; a vicious nexus which several Nigerian entrepreneurs would find familiar.

Dancing with the Devil

Over the years, regulatory overreach in Nigeria has been the bane of several businesses including DSTV, Krispy Kreme and the aforementioned duo of Jumia and MTN Nigeria. MTN Nigeria has endured several regulatory travails, including a record $5.2billion fine in 2015 from the NCC over the company’s failure to deregister unregistered subscribers and an $8 billion illegal capital repatriation claim against the company by the Central Bank of Nigeria. The Central Bank had stated that the company failed to obtain approved Certificates of Capital Importation (CCI) which would have enabled MTN legally repatriate dividends to its shareholders.

In fact, it was under an agreement reached with regulators that MTN Nigeria was mandated to list on the stock exchange. In its prospectus, Jumia also reported changes in regulatory policies, highlighting the CBN’s Certificate of Capital Importation requirement, as one of several risk factors. Apparently, the only companies which survive in Nigeria are those who are able to navigate and withstand the strain of overbearing regulatory policies or those backed by political heavyweights.

In addition to all of these, MTN and Jumia, as well as thousands of other businesses, have had to grapple with a shrinking economy, a depleted middle class and many other challenges which have sounded the death knell for several similar companies including Konga and Etisalat Nigeria.

In the last four years, the Nigerian economy has lost over $100 billion in dollar value. At the same time, inflation remains stubbornly high at over 11%. This means that for the average Nigerian, the cost of living has increased while real income has declined. Therefore, the successes of Jumia and MTN Nigeria, while laudable, should also be a cause for reflection on the number of high-potential businesses which have failed as a result of a harsh business environment. Companies that survive in Nigeria do so in spite of the business environment, not because of it.

If Nigeria is to actualise its goal of becoming one of the world’s 20 largest economies by 2050, successful, innovative companies like Jumia and MTN must become the norm. There are existing innovative companies in Nigeria, particularly in the technology sector, with the potential to become unicorns. But it is entirely plausible that none of these companies fulfil their potential.

We need to change the Nigerian business environment from one which stifles growth to one which enables it. We can no longer afford for our success stories to be exceptions or foreign subsidiaries. Ease of access to financing needs to improve, while policy inconsistencies need to be addressed. Most importantly, the nation’s infrastructure gap needs to be urgently bridged, otherwise many Nigerian businesses will stand no chance of survival in a competitive global market.

The successes of Jumia and MTN Nigeria are definite highlights for the Nigerian economy, but we must not forget that they succeeded in spite of Nigeria. 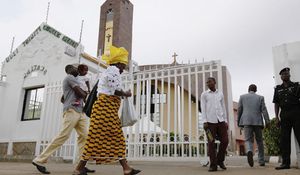 What is the role of morality in the Nigerian economy? 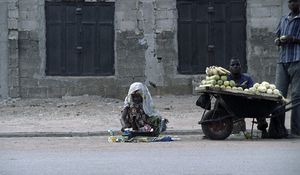 Nigeria is underperforming despite its growing population