Four years ago, the big loser from the defections was the PDP. The APC, Nigeria’s ruling party, is the result of a ‘mega-coalition’ of the Action Congress of Nigeria (ACN), All Nigeria People's Party (ANPP), and the Congress for Progressive Change (CPC)—provincial parties in the South-West, North-East, and North-Central respectively—as well as a breakaway faction of the then long-reigning PDP.

The PDP’s grip on power began to loosen after several errors on the part of President Goodluck Jonathan. This led to the 2015 elections, which saw the PDP swept out of elective offices in the North on the back of a Buhari wave, reducing the party to one that just dominates the South-East and South-South, while the APC controls the other four geopolitical zones.

The strange thing about Nigerian elections is that the victors often forget that the whole circus comes back to town in four years. As such, the APC failed to manage its personnel, many of whom played significant roles in 2015. The nPDP faction that was so crucial in 2015 began feeling left out and schemed out of the party machinery. This was buttressed by the fact that prominent members such as Saraki and Dogara had to fight to emerge as leaders of the National Assembly.

Attempted meetings to reconcile the two sides failed, with some members decamping to the PDP. This effectively kicked off on July 24th, with the reported take over of the Senate by the PDP, following the defections. By the time the smoke clears, the result will leave the ruling party severely weakened, at which point anything is possible in a general election.

However, a legal quandary exists. The Supreme Court ruling that installed Rotimi Amaechi as Rivers State Governor in 2007 implies that parties hold seats, not individuals. In that case, defection would leave the seat vacant, and invite a re-run. In 2015, a Supreme Court ruling removed Ifedayo Abegunde, a lawmaker representing Akure in the Federal House of Representatives, following his defection from the Labour Party to the Action Congress of Nigeria (ACN). The ruling stated that defection was only permitted in the event of party division, i.e. two national chairmen. These indicate that if the APC were to pursue that legal angle, they would have a case. It is why for every merger, there has been a faction. Yesterday’s new PDP is today’s reformed APC.

The Problem at Hand

All this brings to the fore the issue of ideology and identity in Nigerian politics, and to what extent those apply. The ease in which elected officials move between parties, and the reasons that trigger their moves, suggest that ideology does not matter much in Nigeria. Many times, the defections are due to disagreements over who gets what regarding appointments and party tickets, and not based on any differences about policy.

We have not yet seen, for example, any real disagreement regarding the restructuring of Nigeria and related issues, either within or among parties. Issues like police reform have also taken a back seat to various 2019 power plays. The most vicious fights among our politicians have little to do with the overall welfare of Nigerians. Elsewhere in the world, parties organise around issues like immigration and the role of government in society and the economy, but no such alignments exist right now in Nigeria.

This creates the image of Nigerian politicians with two sets of clothes in their wardrobe, one for the ruling party, and the other for the opposition, either of which they put on as the situation demands. In that case, the APC and PDP are not so much political parties as they are vehicles for political ambition, to be entered and alighted from at will.

This situation is undesirable for Nigeria's development. A nation grows when its political class can come to a consensus around certain issues. It is partly the reason for policy flip-flops, even when the same party has held the same governorship or presidential seat. It is why urgent reforms like those of the power sector and petroleum industry, and several key infrastructure projects, have taken years. If you vote for the Democrats in the U.S. or the Tories in the UK, you have a good idea what you will get, within an acceptable margin. These parties then attract like minds.

In Nigeria, once the goal of political office is achieved, policy is driven entirely by the individuals and not the party. If the Fourth Republic is to deliver dividends of democracy to the majority of Nigerians, there must be a set of cohesive beliefs that drive the activities of political parties.

Without this, we have more cycles of party hopping ahead of us, with no benefit for the electorate. 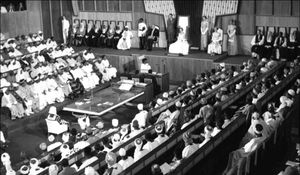 Are Nigerian Political Parties bad for our Democracy? 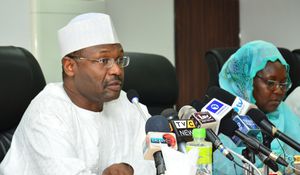