This article is Part III of a series. Read Part II here

It began as a single shout in a riot. Amidst the erupting mania of the May fuel crisis, the response to fuel being sold above usual pump prices was nearly drowned out. However, the scale of the practice, which left consumers with mixed feelings of relief and rage, was alarming enough for the Department of Petroleum Resources (DPR) to wade in and issue warnings to fuel stations.

This practice of overcharging during extraordinary conditions is called price gouging and it is unnervingly common. As was the case here, it is often followed by swift and damning condemnation. Price gouging is illegal in most countries (Nigeria included) but it is not immediately obvious why restrictions should be placed on voluntary market transactions between two parties.

There are few laws as universal as the law of supply and demand. Consumers desire and are willing to pay for certain goods while suppliers are wiling and able to provide them. As long as a price is mutually beneficial then trade takes place. This elementary logic underpins even the most complex markets and has a powerful appeal. This is because it ensures that goods go to those who want them most (allocative efficiency) while ensuring that individual freedom and choice are respected. This is the logic evoked by those who fervently criticise price-gouging laws.

During the fuel scarcity, fuel prices going up served the function of rationing fuel*. Furthermore, the fuel should go to the most productive uses (judged by those most willing to pay for it). Finally, the higher price acts an incentive for other suppliers to start providing fuel. Unfortunately, the highly regulated nature of this particular market meant that the only new suppliers were those in the black market, who were charging even more exorbitant prices.

The economic defense for the behaviour of fuel stations is clear – their actions served to efficiently allocate the available fuel and possibly increase its supply. Yet there is a caveat to this argument and it is perhaps particularly relevant here: Buying fuel from filling stations must be a free, voluntary and consensual act. In the absence of any one of these conditions, the economic defence of free markets breaks down.

These days, petroleum products are so important that people are compelled to buy them. This is especially true as the country has failed to provide stable power supply or quality alternative forms of transport. Although Nigerians were not forced to buy fuel at these exorbitant prices, there is a sense in which their choice was not reasonably free. In such cases, charging above usual pump prices is pure exploitation.

There is another dimension in which this market is not free, namely, the supply-side. The oil marketers strike artificially restricted supply thereby causing the scarcity. The crucial fact is that the conditions for price gouging were created by market agents as opposed to being a naturally occurring event. This is actually a minor case of market failure and definitely warrants some form of government intervention.

The compelling case against price gouging explains why it remains unpopular and illegal, and here in particular, there is a case to be heard for the federal government regulating current fuel prices. The difficulty here arises from the opportunities for arbitrage and fraud that standard regulation is likely to create. The recent fuel shortage is symptomatic of this. While it may be easy to chastise the fuel providers for the decisions made during a crisis, it is less clear how to resolve the pricing issue as normalcy returns.

*An alternative rationing mechanism would be a first-come-first-serve approach.

This article is Part III of a series. Read Part IV here 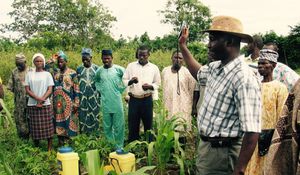 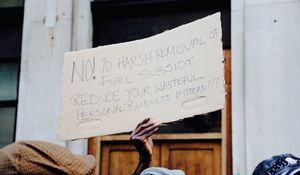