Second chances are usually lucky. So when Ibrahim Mustafa Magu appeared at his second Senate hearing, not many were expecting his second bite at the cherry to go like the first. In real speak, Magu has acted as the Chairman of the Economic and Financial Crimes Commission (EFCC) for over a year, and even at his first hearing, many considered his confirmation a formality.

Perhaps the second rejection surprised many because governments the world over traditionally lobby legislatures ahead of such encounters, either to ensure that the votes add up or, at worst, the vote is postponed. Only recently, President Trump pulled a similar stunt in Washington DC, having been warned that his healthcare bill would not go through.

However, on March 15, 2017, with the swagger of Nigeria's unpreparedness, Magu approached the Senate for Round Two. Disappointingly, he also departed as the darling of the Buhari administration, unable to scale Nigeria's checks and balances. In baring its fangs again, the Senate reminds us that this is Nigeria, a country where the unthinkable happens.

A bit of context

The Presidency and the Senate are distinct, their work, essentially, is to protect the country from appointing incompetent leaders. The 'belts and braces' system where the Senate confirms appointments is to ensure that candidates appeal both to the legislative and executive arms of government, thereby providing vital quality control. Therefore, in an ideal world, Nigerians would celebrate the Senate for raising issue with the confirmation of an anti-corruption candidate whose record is questioned.

But this is Nigeria. Good governance is not a hallmark of our legislature, and many official findings are rightfully taken with large doses of salt. In such a country, Magu's confirmation was always going to be difficult.

Biting the hand that feeds you

Magu was never going to have an easy confirmation; the odds were stacked against him from the onset for stepping on the toes of many a Senator. We can count Senate President Bukola Saraki, the ever-controversial Dino Melaye and the minority leader Godswill Akpabio as high-profile Senators currently under investigation. Realpolitik reminds us that when you move against the powers that determine your fate, you will get burnt. Especially in this country. From this perspective, even a spotless record would not have cut it – the man never really stood a chance.

Yet we cannot so easily dismiss the DSS report delivered by that unusual Presidential handyman. The update put the legislature between a rock and a hard place: follow the report and be accused of stifling anti-corruption or ignore the report and be remembered as the legislature shielding corruption. In a world of Magu and balances, 'either which way', a political storm was set to erupt around this Senate check.

So even as we advocate a system of checks and balances, we quickly understand that the system loses meaning if the institutions required to provide these checks are second-guessed by the polity after every decision. This is a real challenge because we cannot reject the entire system simply for being abused in its implementation. In light of the Senate's decision, it is important we focus on reinstating the moral and political authority in the checks and balances system, before we inadvertently invite our politicians to disregard the whole system.

During the ministerial screenings, Nigerians watched a Senate lacking any real desire to subject appointees to thorough due diligence. The Senate was openly forgiving. Now, digging up unverified reports and basing decisions on allegations makes them appear biased. We would do better with clear and accessible terms of reference which justify why certain appointees scale through and others do not. This would make it harder to question decisions of the Senate when they decide on political appointees like Magu.

To further strengthen this system, such terms of reference must explicitly account for instances where the Senate is required to confirm a candidate, but there is a conflict of interest. In these cases, the terms of reference could exempt 'conflicted' senators from partaking in such proceedings. This may deal with the Realpolitik problem as Senators caught by conflicts are not permitted to lend their voices to a confirmation.

However, even this change has its limits. It may be easy to request that Senators in question are simply exempted from the confirmation, but this may be weak in both scope and practice. For one, the Senate's 'voice voting' means that one or two missing Senators will not have an impact on a resounding 'Nay'. In addition, it will not stop the exempt Senators from politicking ahead of such a vote, and ensuring their colleagues vote in line with their interests. Therefore, the reality is that an effective system may require the entire Senate is exempted from confirmation of such appointees. But this clearly risks the premise of our checks and balances system.

As with many things Nigerian, changing the system can be very difficult. For now, the President's alternatives lie between presenting another candidate who will secure Senate approval and going toe to toe with the Senate for another round. Either must be pursued quickly as this episode has already created a wedge between the Senate and the President. Since Magu's latest rejection, the names of 27 resident electoral commissioners sent to the Senate have hit a clog, the Senate has invited the head of the President's anti-corruption committee and as always, governance has been forgotten.

Whether the political impasse is worth it is a question Nigerians must answer for themselves. For our collective future, we must decide the extent of our checks and balances; what we are willing to risk, and how we balance a war on corruption against a war on the system. The two are not always identical. This is necessary, or else, we will replace a system of checks and balances with something we cannot quite place our fingers on. 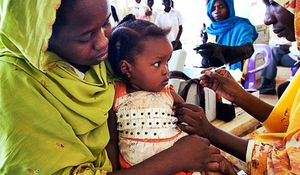 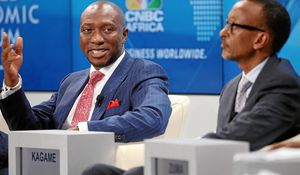 The Potential of Diaspora Bonds in Africa