Microfinance as a Catalyst for Development

When people mention microfinance, they are often referring to microcredit, a small loan provided to generate a steady stream of income for the poor. So what then is microfinance? Microfinance is a broader term that covers a range of financial services including loans, savings, investments, insurance, etc., all of which are targeted at the poor. In short, microcredit is merely a component of the broader concept of microfinance.

During a discussion on microfinance, one of my graduate professors said, "The provision of financial services is not a magic bullet against poverty," and indeed, it is not. However, over time, financial inclusion has been an unerringly effective way of pulling households out of poverty. It turns out that access to credit, opportunities to save and build capital, and the availability of insurance products are all hugely beneficial! There are also benefits to be gained at the macroeconomic level, including higher productivity and expanded growth.

With financial inclusion, every Kobo counts, even the little that accrues to the poorest of the population.

Microfinance, as an alternative to conventional banking services, is a good way of meeting the financial needs of the poor. For example, microinsurance is provided at very low premiums to poor households, enabling them to smooth out their consumption as income volatility is extremely damaging to the poor. The services provided are relatively inexpensive so that everyone, especially the poorest, can access them. If financial inclusion is ensuring that every person within the adult population of a country can access financial services, then microfinance is how those who are the hardest to reach and are the most disadvantaged tend to be served.

No Collateral, No Problem

The central component of microfinance is microcredit, by far its most popular element. Microcredit received much attention in the 70’s and 80’s when it was shown – by Professor Muhammad Yunus – to be a reliable method of bringing households out of poverty. His idea was simple and straightforward: provide small loans to households at low interest rates, requiring no collateral.

To test this, a group of Bangladeshi women was given low-interest loans of $27 each for trading activities. The recipients were successful enough to pay back their loans, allowing Yunus to use the returned principal and interest to execute another round of loans. The scheme grew large, eventually birthing the Grameen Bank which allowed Yunus and his team to reach more households and provide more loans. There an estimated 9 million borrowers from the Grameen bank, with 95% being women. In 2006, Professor Yunus received the Nobel Peace Prize in recognition for his efforts in alleviating poverty.

Prior to the International Year of Microcredit (2005), there was no clear government strategy for microcredit as part of its poverty alleviation campaign. It was in that year that a policy called the ‘Microfinance Policy, Regulatory and Supervisory Framework for Nigeria’ was enacted. However, even with this in place, microcredit did not properly blossom. This report from 2012 shows that only about 4% of Nigeria’s adult population accessed microcredit in both formal and informal sectors. Compare that with 32% (formal) and 26% (informal) in South Africa. Perhaps like me, you are wondering why microcredit has not delivered on its promise in Nigeria, after all, we are not short of poor people. I can think of one or two possible answers.

First, Nigeria is six times as large as Bangladesh. The implication is that Nigeria’s rural poor will be considerably harder to reach. It would take sustained efforts and a sincere dedication to poverty eradication to do so, not to mention a clear and sophisticated administrative and logistic strategy. Unsurprisingly, successive administrations (fiscal & monetary, federal & state) have failed to do so.

Second, I can’t speak for the activities of all microfinance institutions in Nigeria, but I get the sense that they are mostly concentrated in cities. Do you know what cities are full of? The non-rural poor. People who can and probably already access conventional banking services. This is not to say that those institutions do not get patronised – they do but not necessarily by the group they should be targeting. One problem this generates is double counting, as people who have accounts in conventional banks often open accounts with microfinance institutions; but thank God for BVN. This brilliant analysis of microfinance needs and supply in Nigeria found that microfinance banks appear to be concentrated in "urban nodes" and do not target high poverty areas.

So while the rest of the world has ridden the microcredit train and has begun to get off it, Nigeria seems to be struggling to get on board. Maybe for a good reason, though. Microcredit has come under attack in recent years for selling false hopes to poor people. This paper argues that Yunus' microcredit model ignored the fact that there is already an overcrowding of small informal enterprises in developing economies. The writer argues that rather than the supply of goods in the informal sector, the underlying problem is the spending power to access those goods. He adds that in addition to addressing the wrong side of the problem, Yunus did not consider the high rate of failure of microenterprises which often leave borrowers worse off than they initially were. In many ways, this sounds like the situation in Nigeria.

Regardless of the criticisms, there are untapped opportunities for microcredit in Nigeria. We will never fully realise the potential of microcredit if there isn't a willingness to invest the time and resources to get it to the people and places that need it most. Microfinance institutions need to be clustered in the areas where they are needed most; they can be centered in urban areas, but the bulk of their outreaches should certainly be targeted at rural areas.

In Bangladesh, the Grameen Bank was supported by the Bangladesh Central Bank before it became an independent bank. Perhaps with some assistance from the CBN, microfinance institutions can focus on the groups/areas that are more likely to benefit from the initiative. The CBN has already set up a structure for achieving financial inclusion, perhaps the problem with it, as with many things in Nigeria, is implementation. 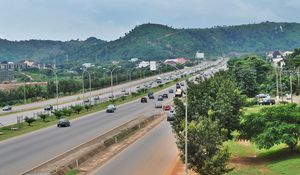 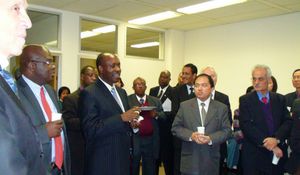 What Soludo Didn't Quite Finish