Missing the Forest for the Trees

The theme of this year’s Calabar Carnival? Climate change. While this is a commendable effort by Cross River state to generate more support for environmental protection in the wake of the recently concluded Paris climate change conference, it may not be very effective. For one thing, it is likely to be a sour topic at the moment given its role in the recent ban on the importation of mini-generators. Depriving people of their primary source of electricity on the basis of air pollution represents hypocrisy of biblical proportions given the large sums guzzled by Aso Villa generators. The ban, coming just weeks before the president was scheduled to fly to Paris, made many citizens wary of any talk of “cutting carbon emissions”. Nevertheless, the aggregate use of small generators is indeed responsible for a large proportion of Nigeria’s carbon emissions. But will the ban actually reduce air pollution? Shock Value investigates.

The answer, as it turns out, is no. Why? Generator use will not decrease, it will only become more expensive. The most obvious reason is that Nigeria’s unreliable power grid makes mini-generators a necessary evil for many households and small businesses. This makes demand inelastic. Furthermore, the restriction is a prohibition by trade which limits the importation of these mini-generators in commercial quantities. As the policy is not retroactive, the importers fortunate enough to bring in shipments before the ban are now faced with excess demand in the market, allowing them to charge higher prices to shift their remaining stock. These higher prices create an incentive for smuggling, which in turn places a further burden on the Customs service and creates opportunities for bribe-seeking among unscrupulous officials. The reality is that in order to get rid of mini-generators, a cheap and reliable energy alternative will need to be provided to willing consumers.

Admittedly, these mini-generators have also been linked to health issues, particularly carbon monoxide poisoning; but even here the ban fails. Firstly, a shortage of mini-generator sets will encourage people to keep theirs in close quarters for fear of theft, which increases the likelihood of prolonged inhalation of toxic fumes. Additionally, if purchasing new generator sets becomes more expensive, then some consumers will opt to repair rather than replace old faulty ones, increasing the danger posed by malfunctioning generators and faulty wiring when these repairs are not professionally done. Furthermore, the ban restricts consumer choice, so consumers who would have opted for slightly more expensive and higher quality brands may compromise on safety because they can now only afford lower quality brands. Clearly, the spillover effects of the ban could create unsafe conditions for many people.

Unfortunately, this is only the latest in a catalogue of bad policies masquerading as environmental protection such as the clean cook stove initiative that was meant to reduce the number of trees cut down for firewood but turned into another mismanagement fiasco, or the litany of misappropriations of the Ecological Fund. Even one lasting legacy of President Buhari’s first run as head-of-state, the monthly sanitation day, does nothing to address the actual waste management issues that states grapple with. Instead, it gives rise to more problems like fake exemptions and accusations of religious marginalisation.

In some ways, the mini-generator ban is an unwitting parody of African countries’ participation at climate change talks. In 2011, Nigeria’s per capita carbon emissions was 0.5 metric tons, almost forty times less than the United States’ 17 metric tons per capita. In short, when it comes to carbon emissions, Western countries are the “Aso Villas” rebuking developing countries for their “I better pass my neighbour” generators. Unfortunately, no workable conclusion has been reached on how developing countries should prioritise cutting carbon emissions as they pursue their own economic development.

However, President Buhari may be headed in a better direction if his remarks at the Paris talks are anything to go by. By focusing on the receding Lake Chad, flooding coastlines in the south and gas flaring, he pointed to areas where protecting the environment and Nigerians’ livelihoods intersect. By focusing on initiatives that actually benefit the common man, the conversation has been shifted to climate change adaptation assistance. This is crucial given the inevitability of climate change. The blame game is not going to prevent rising sea levels from submerging parts of Lagos and our coastline. If the climate talks are to have a lasting impact, they will need popular support from both leadership and the polity because leaders will not seriously pursue environmental policy if their constituents penalise them for it in elections or the court of popular opinion. If President Buhari does follow through, these changes will encourage more local support for environmentalism than any climate change-themed carnival ever could. Moreover, it would soften the blow of policies like the generator import ban.

Of course, it is worth pointing out that as long as crude oil remains Nigeria’s main source of revenue, environmental concerns face a serious battle for attention. For instance, the hope of restoring Lake Chad is haunted by the possibility of crude oil discovery in the area. And of course, when conflict arises between oil exploration and environmental protection, the Nigerian government has firmly favoured the former. A stark example is the Abacha regime’s execution of Ken Saro-Wiwa for his environmental activism in Ogoniland. Although succeeding administrations have not been as brutal, neither have they made any serious effort to curb oil companies’ excesses in the Niger Delta in the 20 years since Saro-Wiwa’s death. This situation may change if Nigerian farmers prevail in their ongoing lawsuit against Shell, but very telling is that even if they do succeed, our government had nothing to do with it. Environmental protection is an issue that will not go away, but, for now, an arbitrary approach to policy runs the risk of doing more harm than good. 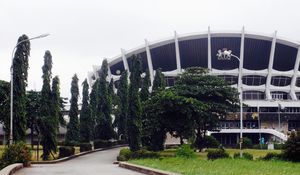 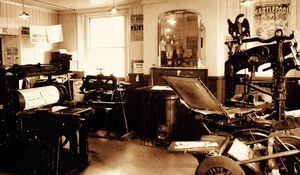 Not Playing by the Book