All over the developed world, debates rage constantly about the size and role of government. Your position on these issues is the key principle that shapes political debate. It is only recently that social issues - abortion, gay marriage, immigration and so on - have come to play an equally important role.

Questions like what social services government should provide, and to what extent those services should be provided, are hotly debated every election cycle. These are not trivial matters because a key organising principle of society is that authority is transferred from the people to the government. The government in return is charged to deliver the greatest good for the greatest number of people. What that 'greatest good' looks like depends on what side of the aisle you are on. In Nigeria, a growing argument surrounds what platform can provide this 'greatest good'; an effective and well-supported state structure or the seemingly big Federal Government.

While political debate in the west develops around reforms of the social safety net and newer concepts like a universal basic income, our level of political discourse is about the sharing of oil revenues. The Federal Government keeps a majority (52.68%) of federal revenues, leaving state and local governments to share the rest (26.72% and 20.6%) respectively.

To justify this state of affairs, 68 items - everything from bankruptcy and insolvency to fisheries - are on the Exclusive Legislative List of the Federal Government, while a further 30 items are on the concurrent list; that is, laws that both state and local authorities can rule on, but where the FG remains supreme.

Security is an example. The Nigeria Police Force is largely relegated to the background due to a lack of capacity, while the army is involved in law enforcement duties in no fewer than 32 states. Calls for state police have largely been ignored by the federal government. This has changed very recently, however, with the Vice President coming out in favour of state police as part of the solution to Nigeria's security challenges. The exact framework will still need to be sorted out, but there could be some substantive movement in that direction eventually.

The result of this is a hyper-dominant federal government that does the vast majority of things poorly. Nigeria's sub-national entities cannot take decisions concerning their own security or electricity, while those in charge at federal level regularly give the impression that they cannot grow a potted plant, never mind govern a country.

The highly centralised nature of the Nigerian state is a fall out of the post-civil war consolidation of power by the military, a situation which remains firmly in place nearly 20 years after they went back to the barracks. The advantages of this for anyone able to capture the centre are obvious: the more power you have, the more favours you can dispense. Nigeria’s trickle down political economy no longer works in a country of supposedly 180 million, the vast majority of whom are poorer than they were when the military left power.

Recently, the government inaugurated a committee to look into an increase in the minimum wage. However, as it stands, wages take up the majority of states' budgets, and because all states do not earn the same, all states should not have to pay the same minimum wage. The fact that they have to is one reason why several states are not viable. An answer to the problem would deal with resolving the relevance and utility of states in this Federation.

Starting from the bottom...

Restructuring, therefore, would mean a return to the spirit of pre-independence constitutions (Macpherson and Lyttleton) that allowed for significant regional autonomy within a federal union. These altered the incentives for political office holders at every level. A scenario in which states can go to Abuja to receive allocations is totally different from having to consume what they generate in form of revenues. In State of the States, an annual look at the financial health of Nigeria's sub-national units, BudgIT indicated that only 4 of 36 states have average recurrent expenditure exceeding their average federal allocations. A period of weaning states off federal allocations and simultaneously giving them more powers would be cornerstones of any good restructuring.

Restructuring would change incentives at a federal level, too. The oil rents that automatically accrue to the federal government would now mostly go to the states where the resources are gotten, and the FG will itself have to eat what it kills. It is free money that leads to the dozens of ineffective agencies at the federal level as detailed by the Oronsaye report and the end of that would force the federal government to engage in work that actually creates value, instead of merely extracting it.

The impression one gets is that avoiding these discussions is only postponing the evil day, and the issues of size and duties of the federal government will eventually have to be confronted.

That debate may yet begin in earnest in the 2019 cycle, and if Atiku in particular sticks by his messaging, it may be a game changer. 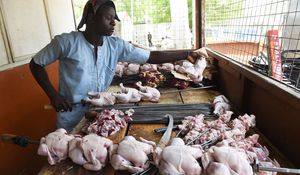 Why are banks not lending to agriculture? 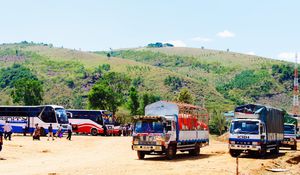 The Rise, Fall and Rise of the Anchor Borrowers Program