In 1958, British Petroleum (BP) sponsored a visually compelling, Eastmancolor-ed, twenty-minute film soundtracked by highlife music from the opus of renowned Nigerian composer, author and professor, Samuel Akpabot. The film traced the journeys of three students from separate regions of Nigeria, North, East and West, to the University of Ibadan.

Through these individuals, Three Roads To Tomorrow sought to highlight the ongoing impacts on Nigerian livelihood of two important striking features of the soon-to-be-independent Nigerian economy: the autochthonous abundance of oil and the colonial development of modern transport, railways notably. Emphasis on the demography of the individuals - young, male, geographically and ethnically divided but unified by the efforts of colonial westernisation - was crucial to the film’s overall message about “urbanised Africans”. Ultimately, Three Roads To Tomorrow invited and enabled viewers to speculate broadly on the socio-economic future of Nigeria and indeed, as intended, recognise BP’s efforts at vehicling its Nigerian customers towards a prosperous, modern future.

Rail transport is a key driver of industrialisation and, by extension, modernisation, whether via the integration of geographically dispersed markets or the movement of materials too cumbersome for other modes of transportation. Throughout global history, the relationship between railway development and urbanisation has remained intimate and mutually beneficial. One thinks, for instance, of the development of railways in South Africa and the establishment of Johannesburg as a commercial centre, or of the history of India Railways, its beginnings in Mumbai, and its role in the harmonisation of local prices. It is, therefore, both curious and somewhat remarkable that Nigeria has managed tremendous economic growth and urbanisation over the years without the coordinative assistance of an efficient railway system.

It was only after the Second World War, when colonies began to take a more inward-oriented development perspective, that a system of railways dedicated to supporting and sustaining the Nigerian economy began to emerge. The first rail tracks were laid between 1896-1901 (Lagos-Ibadan), and subsequent constructions would be halted or interrupted by two world wars, as well as the Great Depression - due to shortage and volatility of funds. By the 1970s, Nigeria had two main lines: Lagos-Kano and Port Harcourt-Kano-Kaduna; in total, over two thousand miles of rail lines, significant parts of which had been damaged by the Civil War. Subsequently, the railways would not only experience substantial efficiency losses but suffer, also, from the growing threat of road transportation.

Recently, in 2013, the Nigerian government reached a multi-billion-dollar agreement with China’s Export Import Bank in order to finance a national high-speed rail project with the primary purpose of rejuvenating Nigeria’s railway system. The focus of the high-speed rail project is a 3,218km rail network, which the China Railway Construction Corporation is to build.

The high-speed rail project is the largest of a recent series of planned investment in railway infrastructure. Another of such planned investments will attempt to create cross-border rail lines between Lagos and neighbouring West-African countries. The series is the first of its kind since the thirty-year-old National Development Plan. The National Development Plan, drawn up in the 70s, stipulated the several means through which the government intended to rehabilitate the railway networks damaged during the Civil War and improve the relative competitiveness of rail as means of transportation. The plan never reached implementation.

Ultimately, the rehabilitation of Nigeria's railways is expected to transcend economic figures, as revolutions tend to do. Beyond the potential to revolutionise societies, what is particularly significant about the rehabilitation of the railways is what it represents to Nigerians and will represent to the world. A major flaw of Three Roads To Tomorrow is the deliberate use of rhetorical narration to deny its African characters the platform to speak for themselves; the utter eschewal of the African voice on the subject of modernity and the future. Reconstruction and rehabilitation of the Nigerian railway system is itself an affirmation of that voice.

It is tempting to focus solely on the potential economic impacts of Nigeria's current railway projects, but more than our expectations, what can guide our understanding of our railways is our history with them. The future of modern transportation in Nigeria, and, thus, Nigeria’s potential to industrialise, may very well depend on the ability of policymakers to learn from past mistakes. 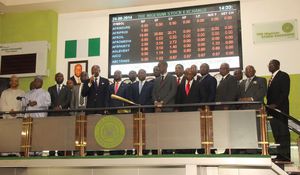 Demutualisation of the NSE 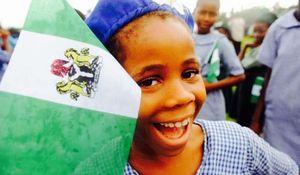