Naira out, Eco in: I

This article is Part I of a series. Read Part II here.

ECOWAS, the Economic Community of West African States, is working towards creating a monetary union with a single currency. The new currency, the Eco, will initially be adopted by Nigeria, Ghana, Sierra Leone, Liberia, Guinea, and The Gambia. Even with the mixed reviews of the Euro, the most ambitious single currency union in the world, ECOWAS remains keen on the initiative. Originally intended to be launched in 2000, the Eco has been postponed on multiple occasions, and the newest target is 2020.

Economists usually use the U.S. as a benchmark for currency unions. The lesson is that for currency unions to work, a high level of economic integration is required. For this to happen, there must be a free flow of goods & services, labour, and capital. In a single country, general equilibrium can be achieved by altering fiscal and monetary tools to divert factors of production from one industry or place, to another. To achieve union-wide equilibrium, a similar thing would need to occur. For example, workers should be able to move around to plug labour supply gaps or take advantage of high wages in particular parts of the region. Failure to achieve an equilibrium would create a distorted and unequal economy ill-suited to a single currency, and crucially, one still subject to uniform monetary policy.

Despite these complexities, membership of a currency union opens up tremendous trade opportunities for a country. Nigeria would be able to focus on efficient exporting sectors while cheaply importing other goods from member states – without any concern for foreign exchange. Trade barriers are likely to be low, and specialisation will lead to an increase in social welfare.

Intra-African trade is essential for economic growth and development. The World Bank argues that "Africa can feed Africa" and regional cooperation can reduce poverty levels. At the moment, regional trade in Africa is nothing to write home about. In the third quarter of 2016, just 3% of Nigeria's recorded imports came from within the continent. 48% came from Europe alone. Even after accounting for informal trade (likely to be much higher), regional trade remains low. According to the African Development Bank, West Africa has the lowest volume of regional trade, as much as 10 times lower than other African regions.

One appeal of a currency union is its likely effect on regional trade. A functioning union effectively eradicates borders by making regional transactions as smooth as domestic ones. Moreover, currency volatility is minimised, easing business planning. Despite this, there are practical issues in the way. Firstly, a currency union may eliminate the financial and transactional barriers to trade, but it can do nothing about the physical ones – poor transport networks, lax security, and ethnic disagreements. Furthermore, many West African countries are net commodity exporters i.e. they are all selling similar products. But imports in these countries are weighted towards machinery and invisibles (services) which are more likely to be provided by more developed nations. In short, there is a mismatch here which partly explains the low level of regional trade.

Two peas in a pod?

One issue likely to stall the adoption of the Eco beyond 2020 is the fact that member countries are just too different. This already creates a challenge in achieving union-wide equilibrium. Few Nigerians know what the Guinean economy looks like. The French speaking country has a GDP of around $7bn, less than Nigeria's 13th largest state, Abia, with $8.7bn. This difference makes sensible uniform policy very difficult.

Meanwhile, barriers to movement remain high in Africa. Currently, the average African needs visas to enter nearly 60% of the other countries in the continent. And the problem is also cultural. Even with a common ECOWAS passport, the proliferation of small tribal groups on the continent could limit mobility and create long-term employment imbalances within the union.

A single central bank, as is the practice in a currency union, would struggle to address such problems. It is easy to imagine one country suffering from high levels of unemployment, and another battling with an overheating economy and high inflation. The former calls for loose monetary policy; the latter, for aggressive monetary policy. This balancing act is likely to drive long-term disillusionment with the regional central bank, a problem exemplified by the unpopularity of the European Central Bank in peripheral countries in the EU.

As if this isn't enough, evidence suggests that economic similarity is no guarantee of a successful currency union. The U.S. is a thriving currency union, despite possessing a more diverse industrial base than the European Union. Other factors, such as the presence of a single fiscal authority and shared history, play a significant role. On this front, the Eco prognosis is bleak as member countries suffer from too much fiscal and socio-political instability to provide a sound basis for a single currency.

Nigeria's size is the elephant in the room. Should the union lead to deeper economic integration, smaller member countries would become overly reliant on Nigeria, by far the largest economy in the region, and also extremely vulnerable to shocks that emanate from there. This would introduce another unwelcome comparison with the EU, where the dominance of the German economy (and politics) is a point of concern. Moreover, while the German economy is one of the most stable in the world, Nigeria's is less aspirational. The Nigeria effect is already coming into play – an ECOWAS meeting in December raised the issue of how Nigeria's current economic woes threaten the adoption of the Eco.

That we are close to each other does not mean we would be stronger together. Internal surgery is needed to address the structural issues many African countries suffer from, else, we will end up importing more problems from each other.

This article is Part I of a series. Read Part II here. 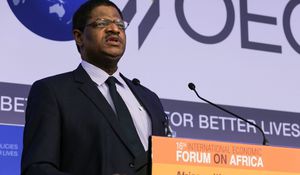 Naira out, Eco in: II 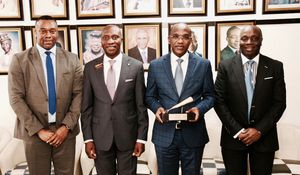 Funding AMCON 2: Have To Earn It To Get It