As the Nigerian film industry expands with multiple avenues for producers to make money, actors have expressed the need to be paid for each reuse of films they feature in.

From television airings to streaming, every new license should count as additional wages for them too, they proclaim.

Residuals are royalties paid to actors when a movie or TV production is licensed for redistribution, after the initial release. It is an industry practice, which began in Hollywood through the actors union —the Screen Actors Guild-American Federation of Television and Radio Artists (SAG-AFTRA).

With the advent of television, films initially released in theatres were broadcast to viewers repeatedly. Actors wanted a renewed contract authorising these television reruns. It was put in place in 1952, chaired by Ronald Reagan, the President of the guild at the time.

Like Nigeria, film industries in South-Africa and Ghana have also raised the issue of paying actors for repeated licensing of films, to help them earn a sustainable living throughout their career.

Right now, actors get paid from one role to the next; they earn more money based on how frequently they get new gigs or movie roles to play. “This is why an actor can be on eight sets in a month,” a Nollywood producer explains.

In contrast, a residual payment helps the actor to make money even when they are not performing.

Think of industry veterans like Patience Ozokwo and Pete Edochie, who now act less frequently. If there were in the British or American film industry, these actors could be paid over a lifetime.

As far as the movies continue to generate revenue for the producer, SAG-AFTRA ensures that the performer is entitled to residuals through a legal contract that makes such agreement effective.

In other words, after a movie's first release at the cinema, when it is redistributed to a platform like Netflix, the revenue from licensing fees can be split between the producer and actors, if such a contract is signed.

In Nigeria, actors mostly sign one-off payment contracts —the film producer/director owns the film and can release it again and again, anytime and anywhere, with no further fraction of profits for actors.

There are two important points here: the type of contracts being signed, and the ability of the movie to generate revenue. They determine how practical residual payments in the Nigerian film industry are.

You need a strong guild or union to deal with the issue of contracts, and movies must make revenue over time, for payments to even be discussed.

These are the elements that make residual payments possible. But the degree to which they exist in Nollywood is still low. So talks of residuals, in the past, present, and for the near future, have proven to be a non-starter in the industry.

The Actors' Guild of Nigeria (AGN)

An actor's right to residual payment is administered and protected by a cooperative guild. This guild is an association of actors that pursue a common goal —like a trade union— led by an elected president.

The core function of a guild includes negotiating contracts on behalf of member actors and implementing equitable levels of payments and working conditions. The association also protects actors against unauthorised use of their work and expands opportunities for members.

But the Actors Guild of Nigeria (AGN) has been largely under-utilised because of historical tussles for its presidential seat. One, which courted controversies and news headlines in equal measure —diminishing the importance of the guild.

In the early 2000s, there were dual elections which created a discord between each fraction and their supporters.

When film actor Segun Arinze was sworn in as president in Port Harcourt, elsewhere Emeka Ike was elected as president in the same year. A similar situation occurred in 2012 when both Ibinabo Fibresima (the first female president) and Emeka Rollas were elected on the same day.

Press coverage of conflicts in the guild, amplified the issues, especially during Fibresima's tenure. It didn't help too, that when a federal high court in Ikoyi unseated her as president in 2016, the guild's leadership was left dormant, with some recognising Emeka Ike as the interim president.

Actors in the union operated in separate camps until 2017 when Emeka Rollas was chosen as president by a board of trustees, comprising veteran actors, during an event called ‘unity government convention’.

From the 2012 election until 2017, more focus was placed on the dispute within the guild, which masked attempts made to provide benefits for actors. For instance, during Fibresima’s regime, she led the team that lobbied the federal government to provide a benevolence fund to compensate long-serving actors. But her efforts were left in a development limbo because the leadership conflicts caused a lack of consistency in the handover of power from one leader to the next.

Importantly, the historical disagreements caused apathy amongst actors. It shut off incentives for collaborative work, needed from members and practitioners for a well-functioning guild.

Even as recently as March 2020, another controversy trailed the guild when it appointed Senator Elisha Abbo as a patron.

Veteran actresses, Hilda Dokubo and Kate Henshaw spoke out against it: "I do not mince words when I say Elisha Abbo is not worthy to be a patron of the Actors Guild of Nigeria," Kate Henshaw wrote on Twitter, “we have women in this guild and do not want to be slapped” —referring to when Elisha Abbo was caught on CCTV assaulting a woman last year.

This was yet another moment that masked the guild itself; the infamous patron appointment took place at the inauguration of new executives for the guild at Sheraton in Abuja on the 11th of March, where its president, Emeka Rollas, revealed the "blueprint" for a new secretariat. 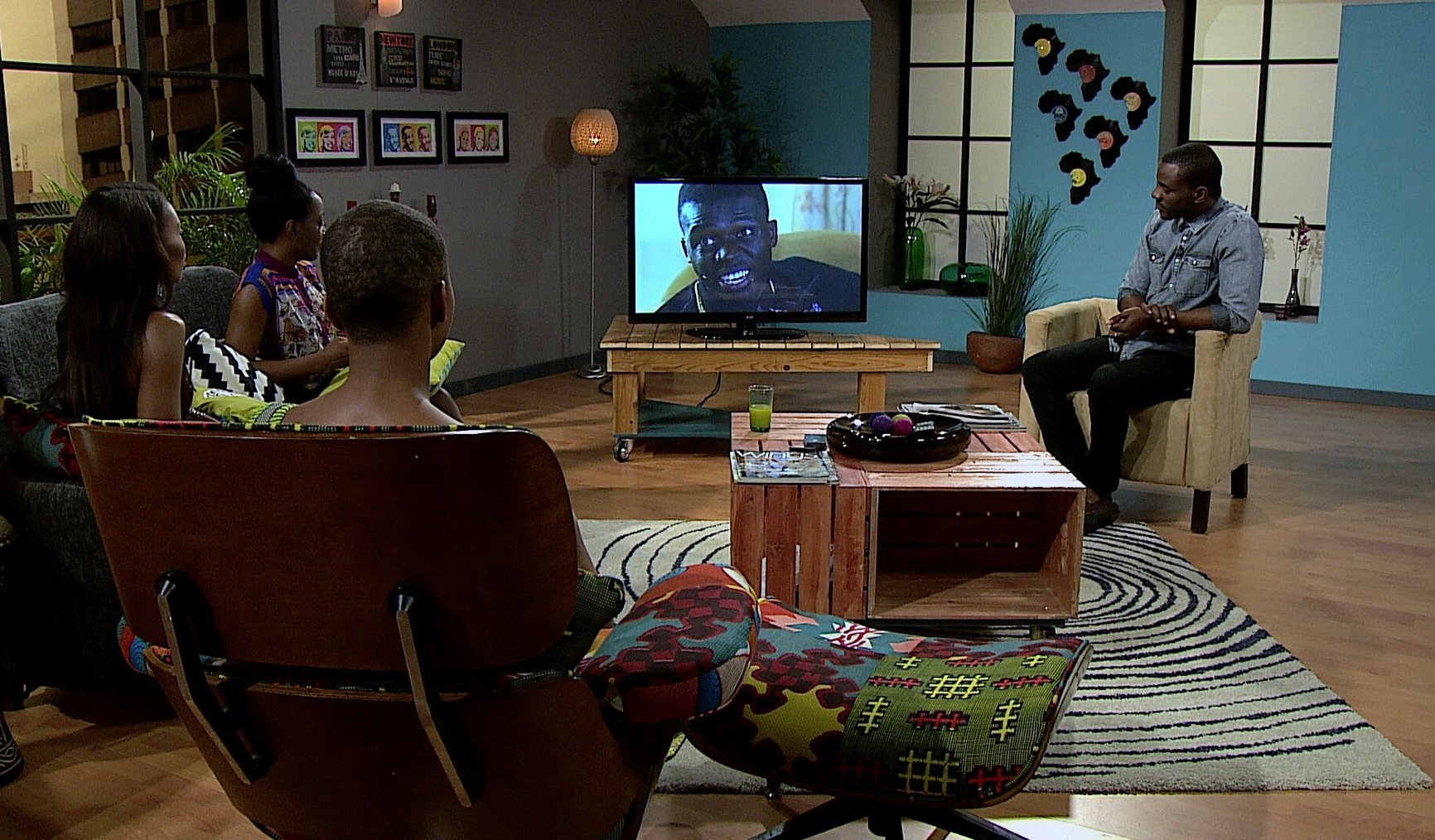 Cast of The Spot

The administrative office "is supposed to be a replica of America’s screen actors guild, SAG-AFTRA,” Rollas said.

SAG-AFTRA’s system is such that producers are bound to go through the guild whenever they want to work with a member actor.

For this level of structure to exist in Nollywood, there are various steps the AGN needs to take, including lobbying for policies and legislation in the House of Representatives that will mandate producers to abide by such contracts.

South Africa (SA) took this approach last year when Jack Devnarain, the National Chairperson of SA Guild of Actors, lobbied members of the parliament. This led their lawmakers to adopt the Performers Protection Amendment Bill and the Copyright Amendment Bill —protecting the rights of actors and improving pay.

In America, after SAG-AFTRA's incorporation in 1933, it spent four years fighting for producers to recognise the guild and ensure better pay. And at various times from the 40s to 70s, it fought for residuals on feature films resold, relicensed or redistributed.

Of course, America's progress in residual payments also comes as a result of its dominance in the global commercial film industry.

Laws and regulations are one thing, but the money needs to be available in the first place. Actors are able to get residuals after the initial payment because of the economic success of their movies over a wide time span.

Thus, a direct comparison between Hollywood and Nollywood (or any African film industry in this regard) doesn’t illustrate an accurate picture.

Currently, Nollywood movies do not have the commercial power of British or American movies, which generate enough revenue to compensate actors over the course of their careers.

The industry pales in comparison to the relicensing of films like Friends, Fresh Prince of Bel-Air, or Legally Blonde.

It’s similar to how Harry Potter’s streaming rights were recently acquired for another release on HBO Max. Same with Avengers and The Matrix, which have new releases in Hong Kong this year.

Dapo Awofisayo, a former consultant on Africa to William Morris Endeavour, explains it this way: "There is no commercial pull for our movies yet, to generate enough for repeated profit-sharing among cast and crew."

A new age Nollywood producer corroborates this saying: “Nigerian movies are usually in high demand for about two years and that is it.”

“While a streaming platform like Netflix has made headway into the industry, it hasn’t changed the economics of the industry,” he elaborates. “The total risk is still being borne by the sole investor, and they are not generating enough profit from the movies yet. Blockbuster producers are only just breaking even.”

So while actors like Emeka Rollas, the current President of AGN, try to drive the development of a residual department, it appears that such an attempt is still ambitious and visionary at best, but constrained by practicalities.

To understand the reasons behind Hollywood's success with residual payments, a combined approach needs to be taken: one that looks at both socio-cultural and economic elements.

There are still rights to protect

“There needs to be stronger and informed guilds to protect the interest of members, all the same," Actor and Producer of Jimi Bendel, Ehizojie Ojesebholo admits.

While the idea of residual payment may be difficult for now, it doesn't invalidate the need for a better functioning actors guild. One that will regulate fair wages and other benefits for its members such as health plans under a binding contract. 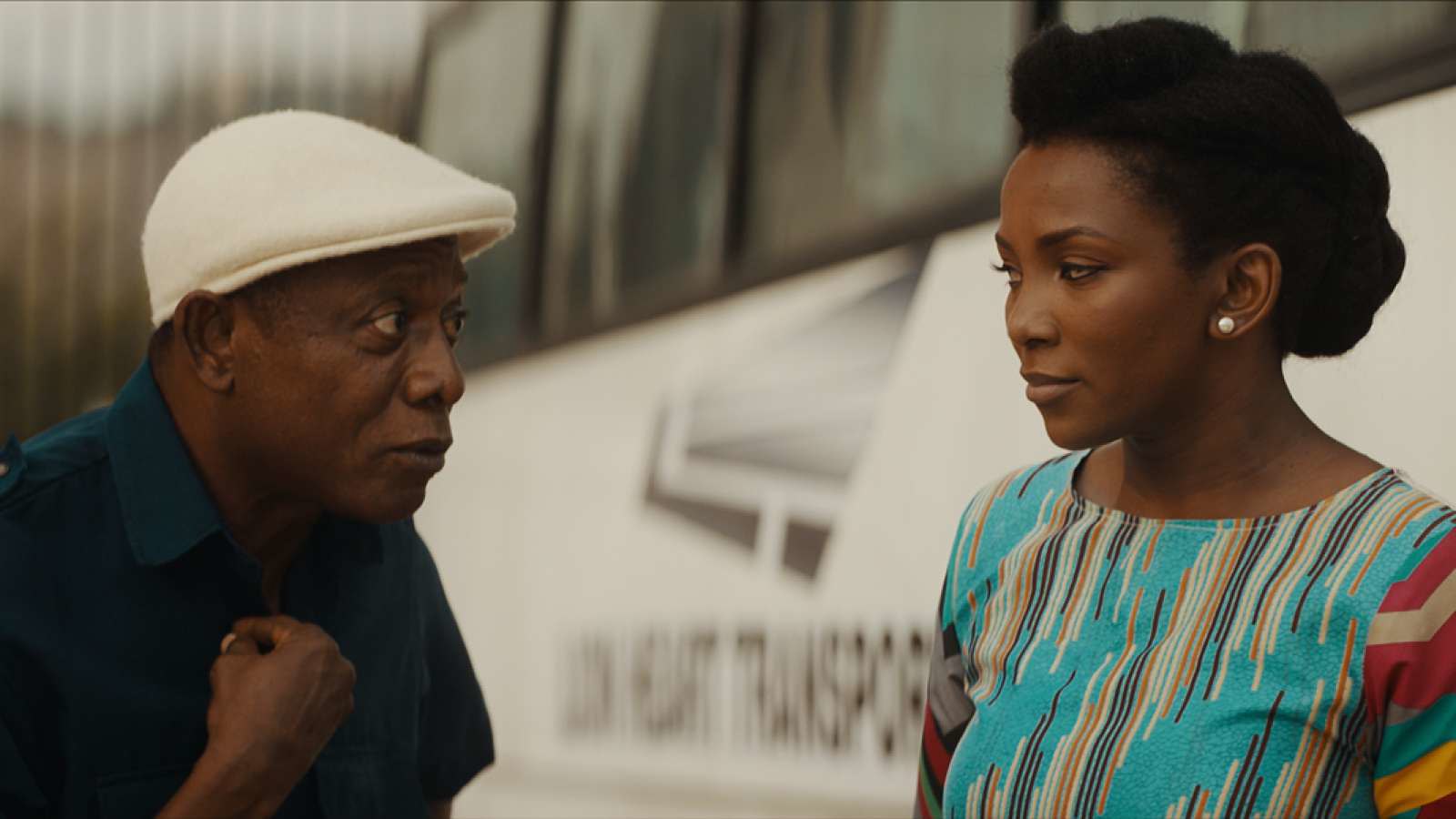 A scene from Lionheart

Today, even minimum wages do not exist in the industry.

Actors' performances are priced subjectively, and sometimes on the basis of market value, which is determined by the seniority of the actor, celebrity power and box office numbers.

A producer in the industry explains that while a celebrity actor could get a one-off fee between ₦700,000 to ₦1.5 million to feature on a movie, there are talented industry practitioners, who, for lack of celebrity power, may earn only 10 to 20% of that.

The guild can help to ensure that member actors are not paid below a minimum wage it sets for actors.

Furthermore, the current absence of a well-functioning guild means the industry is vulnerable. It isn’t able to offer an equivalent of the SAG-AFTRA system when foreign distributors come into the country. It gives room to exploit loopholes which includes underpaying actors because there are no set grounds to argue legally with.

For now, Emeka Rollas has been reorganising the guild. He admits that the AGN still suffers fundamental challenges, including lack of synergy with the 32 state chapters it operates in. But he paints the typical scenario of how the guild works and what it should be in future.

"There are 2 million members in the guild. My role is to sit at the helm of affairs for actors...it is a collective responsibility,”  he explained.

There’s a response unit that member actors can tender their complaints and requests to, and a synergy of sorts with producers and directors.

Monalisa Chinda, veteran actress, who was elected as the guild's public relations officer said at their electoral event last year that the major agenda of the new leaders was the "welfare of members in all state chapters, job opportunities, training and improved remuneration."

The future secretariat in Abuja is intended to have a cinema and an estate section. A residual department, to deal with cheques that cast members will regularly receive for movies released after the first theatre run or initial licensed telecast, is mapped out too.

Plans are in the works but a fix won’t be immediate. In the meantime, getting a sustainable long term income may justify actors following the route of becoming future producers themselves. 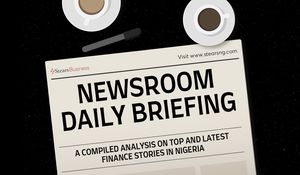