In August 2019, President Buhari made an announcement that made waves in the economic community. The President directed the Central Bank of Nigeria (CBN) to stop providing foreign exchange for food imports, saying, “the foreign reserve will be conserved and utilised strictly for diversification of the economy, and not for encouraging more dependence on foreign food import bills.”

Buhari’s remarks triggered many concerned responses, best summarised by Kingsley Moghalu, a 2019 Presidential candidate and former CBN Deputy Governor who said “the Central Bank Act of 2007 makes it clear that the bank is independent. It is not supposed to be taking direct instructions from politicians.”

Days later, Godwin Emefiele, CBN Governor attempted to defuse the situation, stating that the President’s comments were consistent with the Bank’s foreign exchange (FX) policies. Since 2015, the CBN has kept a list of goods and services that are not valid for foreign exchange, many of them food items. Emefiele made it clear that he, like the President, thinks certain commodities should be produced locally, and restricting FX access for these items would incentivise local production.

The incident reignited arguments about the independence of Nigeria’s central bank, and it is worth moving past the theoretical arguments to uncover how the CBN should best serve Nigeria’s interests.

What does the Central Bank do?

First, we need to clarify the purpose of the CBN. According to the CBN's enabling law, the principal objectives of the Bank are to:

Borrowing the famous George Orwell line, all objectives are equal, but some are more equal than others. Economic wisdom argues that a central bank should focus most intently on ensuring price stability (the first objective), which means taming inflation, as doing so would help it meet its other objectives.

Inflation works as a kind of tax on Nigerians by eroding the power of your naira. If you earn ₦10,000 and annual inflation is 5%, you would need a salary increase to keep spending the same way. Unfortunately, wages have grown much slower than prices in Nigeria. In 2017, Nigeria actually had negative real wage growth.

On an aggregate level, inflation above a certain threshold impedes economic growth; for Nigeria, that threshold is about 12%, and the CBN’s target limit is 9%. Actual inflation has been stuck at 11% for over a year.

So, if taming inflation is the Holy Grail for a central bank, where does independence come in?

That part is simple: extensive research and real-world experience tells us that a non-independent central bank fares a lot worse at taming inflation, mainly because they prioritise other (political) objectives. We saw it in Zimbabwe where the government printed more money to fund excessive spending and escalating debt, resulting in one of the worst bouts of hyperinflation in history.

And we saw it in Nigeria amid the 2016 FX crisis when the CBN prioritised foreign reserves and the nominal exchange rate over long-term price and economic stability—in contrast to Egypt. After hitting and passing 30% in 2017, Egypt’s inflation is now just 7.5%.

With its independence in question, one can see the political appeal of the CBN trying to print more currency to either stimulate a slow economy or solve a revenue problem that might make it increasingly difficult to service the national debt. We already saw political pressure on the Central Bank have an adverse impact on the Nigerian economy in 2016.

The Central Bank Stepping Out of the Shadows

Nigeria isn’t the only country where central bank independence is under political pressure. Just search “Donald Trump Powell” on Twitter to see what the United States president thinks of the Federal Reserve (U.S. Central Bank) Chairman he appointed and the Bank’s hesitance to cut interest rates. Away from the U.S., politicians in Turkey, India, South Africa, and many others are pressuring their central banks to lean in their policy direction.

It is difficult to determine what accelerated this shift in recent years, but a likely candidate is the widening of central banks’ mandate and powers over the last decade, largely in response to the Great Recession. Put simply, the list of objectives has become a lot longer in reality. As this happens, central banks become more accountable to politicians (and voters) as they dabble in areas outside deemed core monetary policy, and may need to work more collaboratively.

Nigeria’s central bank has also increased the scope of its activities, albeit for debatable reasons.

For example, the Central Bank announced the Creative Industry Financing Initiative to support the creative industry by providing cheap loans to interested parties. Right now, anyone can go to the CBN’s website and access a form for their first step towards developing a business in fashion, information technology, movies or music. This would be most effective when paired with fiscal policy that supports new businesses in the creative industry through tax exemptions and the like (e.g. the Pioneer Tax Scheme).

But the CBN is going beyond enabling access to credit—which is related to monetary policy—and has announced plans to fight piracy, while declaring that creative industry parks will be built in a few states. If you are surprised that the CBN is so involved in the creative industry, you are not alone. We are used to a less visible central bank, which begs the question: was the decision to become more active motivated by politics or economics?

At Emefiele’s inaugural address, he said his tenure would be people-focused, with policies “geared towards supporting job creation and fostering inclusive growth”. At the swearing-in ceremony to kick off his second term, he repeated this spiel, proclaiming the CBN will actively promote growth and employment in critical sectors of the economy where internal growth can help insulate the economy from external shocks.

This argument isn’t new, as the previous CBN governor, Lamido Sanusi, explained in 2013 that a lesson to take from the past global financial crisis is that central banks in emerging economies must play a role in development. It appears that the more active CBN is an economic choice that also reflects Emefiele’s consistent thoughts on what the Central Bank should be. It also reflects the reality that Nigeria will struggle to achieve true price stability without doing the developmental dirty work that the CBN has tried to do.

However, it is hard to shake the suspicion that politics is involved.

Last year, Emefiele said the Bank’s decision to restrict access to foreign exchange for certain items was to “contain rising inflation and to cushion the impact of the drop in FX supply on the Nigerian economy.” In the same speech, he claimed it was responsible for huge reductions in import bills as well as improving employment.

In reality, the numbers don’t add up.

The FX ban acts as an import control which adds inflationary pressure rather than contains it. And it is hard to see any positive effect on unemployment or imports, once we consider smuggling. Emefiele’s defence of the policy reeks of partisanship.

Apart from supporting the creative industry, the Central Bank has expanded its efforts in promoting Nigeria’s real sector. To improve consumer lending, it raised the minimum loan-to-deposit ratio to 60% in July and this month, the CBN fined a number of banks for failing to reach the ratio and increased it to 65%. A charitable reading suggests that these unconventional monetary policies are not too dissimilar from what central banks in the developed world have tried to achieve with Quantitative Easing.

The Central Bank has been most active in the FX market in an effort to preserve the value of the naira. It has consistently sold dollars and expensive high-yield treasury bills to stave off speculators, and many would argue that the import restriction list is primarily to protect foreign reserves while the naira is vulnerable. A good discussion of what the Central Bank’s foreign exchange stability goal costs Nigeria is discussed here on a Lagos radio station.

For all its effort, it’s tough to say the Central Bank has been successful in its endeavours. The reserves hit a ten month low, with more outflows expected towards the end of the year. Trying to keep the currency rates stable looks to be a herculean task. Even with huge support and focus from the Central Bank and the federal government, agriculture real GDP growth has slowed to one of its lowest points this decade. Inflation has fallen to 11% but could rebound soon as food prices rise on the back of the border closer.

A verdict on the CBN

The truth is, regardless of the CBN’s motivations, it is out of its depth in the literal sense. The Central Bank has its hands in all pots of the economy and the money market, but there’s only so much it can do. It is simpler and potentially best serves Nigeria’s interests for the Central Bank to stick to price stability and focus on bringing inflation rates under 10%. Sure, there will be creative ways of doing this, but the objective must remain the same.

Monetary policy isn’t ideal for restructuring and unleashing the economic potential of a country, that’s better suited for macroeconomic policy. But the Buhari administration has failed to stimulate the level of growth that reduces poverty and promotes development, and the Central Bank is left on mop-up duty. 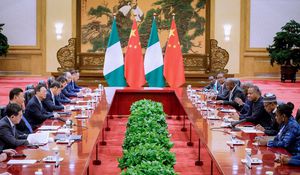 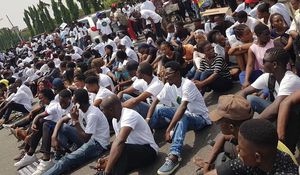 Young people in Nigeria need to save more money