Research is a crucial aspect of economic development and the world’s major economies thrive on a solid research base.

But, Africa contributes about 1% of the world’s research and Nigeria contributes an even lower percentage. So far, research in the country has been sustained largely by efforts of international organisations with the government mostly on the sidelines. Unfortunately, we fail to realise that without paying proper attention to research, we will keep playing catch-up in the context of economic development.

To do research, one must first have data.

Accurate data collection remains an indispensable part of socio-economic research and development - some have even described data as the ‘new oil’. Finding accurate, reliable data relating to many walks of life in Nigeria nevertheless remains a major challenge. Many researchers have to rely on data obtained by foreign bodies such as UNICEF, UNESCO or the World Bank. But even these organizations have their struggles, especially when dealing with developing economies like Nigeria.

However, a lot of local expertise is required when dealing with data, and so domestic institutions must pick up the slack. The National Bureau of Statistics (NBS) has made significant strides in presenting a unified socio-economic database to aid research. Yemi Kale and team have pushed for not just improvement in the gathering and accessibility of data but have subsequently pushed for its role in policy formation. However, the NBS' efforts have been hindered by funding constraints and a lack of political support.

Research in Nigeria: The Bigger Picture

The good news is that there is an increasing number of research organisations that collate and analyse data relevant to different aspects of the Nigerian economy. For example, BudgIT provides data on government spending in order to boost citizen engagement and Stears Intelligence provides data on national elections.

While providing strong data in their respective fields, the not so good news is that at a big-picture level, we still lack comprehensive data coverage on Nigeria. Each organisation will have a focus such as politics or finance but there are many other areas of research, such as mental health that need attention.

So how about Nigerian universities? Globally these institutions are supposed to be the bedrock of diverse research.

Insufficient higher education institutions are not the only problem. There's a quality problem as well - only three Nigerian universities are in the top 1000 globally and a significant number do not have any specific research centres. Furthermore, the level of scholarly contributions from Nigerian universities in top research journals remains significantly low, particularly in the sciences. Contributory factors to the poor research culture in universities include inadequate infrastructure, disruptive strike actions, and a poor educational system.

How can we change this narrative? Simple. Coordinated financial, intellectual and human resource investment must be made into research at all levels, especially by the government. Private research organisations cannot shoulder the burden of engaging in country-wide research, especially in areas that are not a subject of interest. The same applies to international organisations that fund research in Nigeria. A good starting point is the provision of increased research funding to the universities. The allocated 7% of the 2019 budget to education still falls far below the 15-20% UNESCO requirement and is among the lowest in Africa.

Universities remain the foundational homes for research even in the most advanced economies and need to be adequately supported to enhance research generally.  In addition, government funding should also be directed towards the establishment and maintenance of specialist research agencies. In the US, there are over 45 government-funded research and development agencies. The United Kingdom has over 40 of such government-funded institutes. Ironically, records show that Nigeria has about 36 public research institutes but very little research output is being generated by these organisations. Considering the fact that research and development in Nigeria account for only 0.2% of GDP compared with the global average of 1.77%, it is not hard to see why.

To change the culture of the whole country; research must be seen as a subject to which every member of society can make useful contributions for their betterment. Its relevance to societal development should be recognised not only by academics or professionals but other members of civil society.

Research does not have to be distant from the people. Many of the research techniques adopted even in advanced economies range include methods such as phone calls and surveys. These should be adopted and visible policies should be implemented. This will improve the quality of our data collection, improve citizen engagement and provide more research based policies to improve social welfare. We still have some way to go to reach such a stage.

A country that does not even have the research culture necessary to determine its population size accurately definitely has a long way to go in research and development. The sooner the change in the attitude to research, the better. 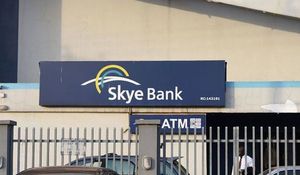 What are the biggest problems with Nigeria's Banking system? 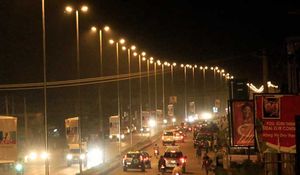 How does street lighting worsen crime and the economy?