In 2012, we watched our Nigerian athletes participate in the London Olympics. Our medal tally: zero.

In true Nigerian fashion, we arrived with pomp and pageantry but performed woefully at the games. Tolu Ogunlesi, writing for the CNN in that year, argued how a lack of preparation cost Nigeria any chance of glory at the games and the nation pretended to listen.

In 2014, the Super Eagles arrived on the world stage with the usual Nigerian optimism. We flew in as "Super Eagles", but our performances did not live up to the moniker.

Nigeria has consistently applied faith to sports, at the expense of preparation. We speak of our high spirits and fantasise about our athletic abilities while other countries plan for success. For example, at the 2016 Rio Olympics, Nigeria performed poorly, departing South America with just one medal and a plethora of bad publicity. Incidentally, we fared marginally better on the medal table than in the 2012 Olympic Games, even though the preparation was much worse. In fact, at our lowest point, some Olympians crowd-sourced funds to sponsor their trips to Rio while others chose to train with foreign teams in preparation for the games.

On the surface, it would appear that the curse of underperformance that has dogged the Olympics does not apply to football, Nigeria's favourite sport. However, this is untrue. Yes, Nigeria has had many great moments; the Dream Team electrified the world stage in 1996 before delivering some blistering performances at the 1998 World Cup. More recently, the Super Eagles secured a surprise victory at the 2013 African Cup of Nations, then followed that up with a dogged and unfortunate exit in Brazil the following year. And earlier this month, we became the first African country to qualify for the 2018 World Cup.

Two caveats apply though. Firstly, given her population and enthusiasm for the beautiful game, not to mention the impact of several Super Eagles stars in Europe's major leagues, Nigeria has underperformed on the world stage. Besides, when we have turned up, success has only come in spite of our endemic failure to prepare. As with many things that go right in Nigeria, one cannot point to policy changes or improvements that have influenced performance.

Frustratingly, occasional success has fed a laissez-faire attitude towards preparation and created a culture devoid of vision, strategy, and desire, from top to bottom. As an example, consider the Nigerian Minister of Sports' stubborn suggestion that the success of the Paralympic team in Rio shows that preparation is overrated and all that is needed is 'a winning mentality and not too much preparation''.

Ironically, the Super Eagles – and our other sports teams – can learn a lot from the Paralympic team in Rio. Under the bright leadership of Mr Monday Emoghvare, the Paralympic Federation of Nigeria was able to show the vision, strategy, and desire to strive for success. In contrast to the views of the Minister of Sports, Mr Emoghvare explained that the Paralympic team attributed a portion of the team's success to their decision to begin preparations earlier. In essence, the willingness to plan for success and follow the basic principles of early preparation were observed.

So what can we take from all of this?

Firstly, we learnt from Rio that money is not enough. Or, to put it differently, merely approving budgets for tournaments is not enough. With the Olympic team, large preparatory budgets (₦2.3 billion Naira in 2012 and over ₦500 million in 2016) were set aside, and at the last World Cup, ₦2 billion was budgeted for the Super Eagles. Despite these, our athletes consistently complain that facilities are unfit for purpose and poorly maintained.

And whether or not you believe enough money is being set aside for sports, it is hard to argue against the view that what has been spent has failed to translate into improved sporting institutions and structures. Take one look at the local football league to understand the depth of the rut.

Nigeria has a checkered record with utilising public funds, and this publication has already argued that throwing money at a problem won't necessarily get it fixed. But the sports sector desperately needs a shot in the arm, more so when you consider the power of sports in affecting youth culture and in shaping national identity.

In addition, previous tournament experiences show the folly of going for quick fixes as opposed to creating clear roadmaps. Speaking after the 2012 Olympics, the former sports minister said failure was an opportunity to rebuild. Yet, in 2016, we approached the problem with the same hapless strategy and failed woefully. In 2010, Goodluck Jonathan attempted to ban the National Football team, much to the bemusement of the global footballing community. The most significant change from then is the new foreign coach at the helm.

On a broader level, the debacle in Rio and Brazil should prioritise the need to prepare and execute roadmaps for Nigerian sports. This is not just important; it is essential in tackling the broad issues which the country faces. It is a game not only of medals and cups but survival.

In this regard, we can look abroad for guidance on how to sculpt a roadmap, at least for specific sports. In football, current World Champions Germany embarked on a systematic review of the national game after Euro 2000, a process that bore obvious fruit in the performance of the men's football team between 2008 and 2014, but also created a new football culture in the country, one that means it has replaced Holland and Spain as the most innovative in the world. Further away, Chinese President Xi Jinping is championing a football revolution in the world's most populous country. The big Chinese football transfers may garner the headlines but quiet – and more pivotal – reform is taking place, particularly at the grassroots level.

The Dream Team and the Super Eagles have shown that in the face of great difficulty, achievements may yet be actualised. Perseverance, grit and clarity of purpose are necessary and essential traits for all citizens. Still, preparation is key. Not even the passionate Super Eagles supporter in me would consider our boys as favourites to win the next World Cup or any subsequent one for that matter. But by embracing preparation and articulating a roadmap for football and other sports, we may just bring gold home, sooner rather than later. 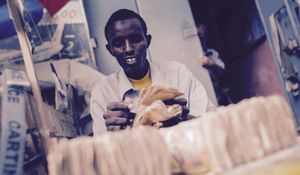 Taxes: the Price of Good Governance 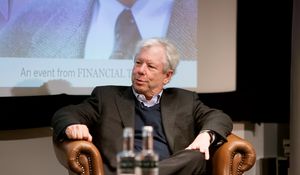