"If you care about the poorest, you care about agriculture." The world's richest man, Bill Gates, could not have been more accurate with his assessment on the plight of the world's poorest people, a sad reality that our great civilisational leaps have not managed to erase.

As has been true for millennia, farming accounts for the livelihoods of vast numbers of people. According to the consultancy, Bain & Company , 2.5 billion of the world's poorest people are smallholder farmers, with farm-plots of 2 hectares or less - about the size of  a football pitch. In Nigeria, 7 of every 10 working people gain their livelihoods from farming, while over 60% of Nigerians are estimated to live below the poverty line.

This shows the sheer scale of working people who are poor, and how large numbers of these people are also smallholder farmers. The next question is - why are smallholders poor? The answer is painfully simple: smallholder farmers lack access. They lack access to high-quality inputs such as fertilizers and herbicides, they cannot obtain credit from formal financial institutions, they fail to get their goods in front of premium buyers and they do not know best-practice in agronomy. These barriers condemn farmers to low yields, poor-quality produce and low market prices.

More fundamentally, many smallholders do not see themselves as entrepreneurs in the business of farming, but as simple farmers who sell some items to survive. Thus, their lack of access condemns them to a lifetime of subsistence and poverty, while their great numbers make them the single most important group in global development (followed closely by women).

The world really began to acknowledge the problems of global poverty in the last two decades, in the same post cold-war era where humanitarian military interventions became the international norm. The Millennium Development Goals set at the United Nations (UN) Summit in 2000 helped to sharpen the focus of world leaders on key priorities for their aid programmes. Global companies like Dalberg, (founded in 2001) have also helped to channel some of the brightest and adventurous minds towards the cause of reducing poverty, alongside the actions of government agencies like GIZ of Germany, and Great Britain's DFID. With this global focus has come the magic ingredient in addressing these challenges: innovation. Often referred to as 'pioneer firms,' a handful of social enterprises in different parts of the world have developed unique mechanisms to address the challenges faced by smallholders.

All over Sub-Saharan Africa, social enterprises like GADCO in Ghana, Babban Gona in Nigeria and One Acre Fund in East Africa are revolutionising smallholder agriculture by providing farmers with the 'big four' services they need for success. Providing micro-credit at affordable interest rates is arguably the most critical element to changing the life of a farmer, as it finally gives them a chance to invest in their business. Then comes training and the provision of high-quality inputs - as fertilizer mixed with sand that has been purchased fifth-hand from an agrodealer is NOT the key to a bumper harvest. Finally, smallholders need to get their goods into supermarkets to earn those premiums!

This highlights the overarching importance of economies of scale. As Kola Masha, founder of Babban Gona Farmer Services, a pioneer firm, has previously argued, economies of scale is the real key to success for smallholder farmers. Only scale allows farmers to have high quality produce of a sufficient quantity and quality to sell at a premium. Thus, one would find that most social enterprises in agriculture seek to put their farmers into groups, and aggregate yield to increase volume.

These recent leaps in rescuing the poorest among us have been enabled by a blend of factors: the bold innovations of entrepreneurs (many of whom have returned from the west) and the increased savviness of the development partners like the World Bank or the Bill and Melinda Gates Foundation who have learned to back winners. Finally, the basic incentives provided by governments, such as the tax breaks some of these enterprises enjoy in Nigeria, are vital. In a society where the brightest minds are funneled into marginal-impact careers in oil and finance, we need more talented people to consider fashioning a career out of rescuing the poor - it makes for a wealthier society. 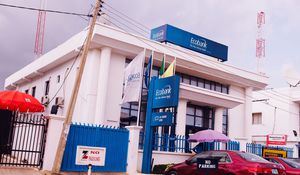 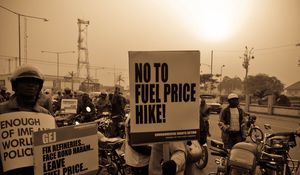